Superstar Twitch streamer Nick ‘NICKMERCS’ Kolcheff will be appearing at the upcoming 2019 NFL Draft to play Fortnite Battle Royale with two of the league’s most prominent players.

Apart from the Super Bowl, the annual draft is arguably the NFL’s biggest event, as it’s where the 32 teams get to restock their rosters with the best collegiate football players available.

In addition to all of the football stars that are expected to be in attendance, this year’s event will also feature NICKMERCS, one of the biggest content creators in the world of gaming.

The live-stream will take place on April 25, starting at 1:30 PM PT / 4:30 PM ET until around 3:30 PM PT / 6:30 PM ET. Fans can watch this gaming session live on Nick’s Twitch channel, which we have included below for your convenience.

Another chapter in the NICKMERCS x NFL partnership

NICKMERCS’ rise to prominence in early-2018 led to a multitude of incredible opportunities for the popular streamer, including a partnership with the NFL.

His appearance at the 2019 NFL Draft will be yet another chapter in their work together, which has also seen him host NFL games live on his channel and stream Fortnite Battle Royale with star players.

The Kinetic Group, who handle a lot of the behind-the-scenes work for Nick, had this to say about the NFL Draft appearance:

“We’re very excited that we are able to continue the relationship between Nick and the NFL. This partnership is particularly special for us and Nick because sports and football are such a huge part of his family’s background. His dad played at Central Michigan and now his cousin, Alex Bars, is expected to be drafted this weekend. We’re glad to be a part of the NFL Draft Experience and look forward to continue to work with the NFL this coming season.” 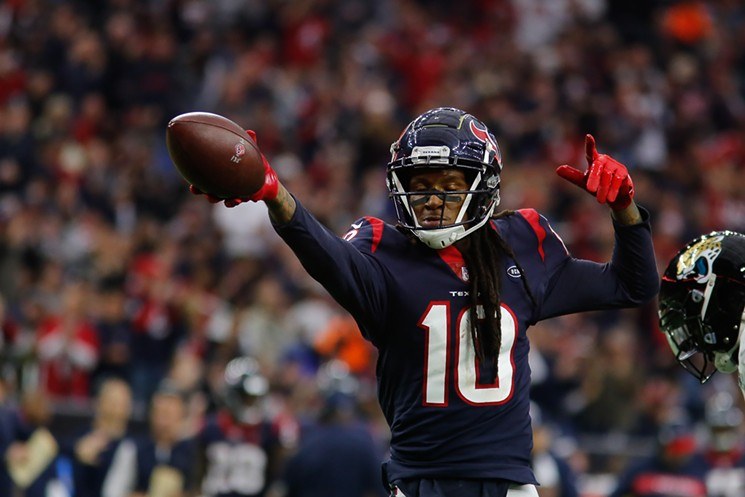 Houston Texans wide receiver DeAndre Hopkins will be one of the superstars that NICKMERCS will be playing Fortnite with at the 2019 NFL Draft.

The NFL has been one of the biggest brands that’s partnered up with Epic Games since Fortnite BR’s rise to the top of the online gaming world in 2018.

Apart from working with popular influencers in the community on an individual basis, the NFL has also been featured in the game itself on numerous occasions, such as with the release of specially themed cosmetic items and Limited Time Modes.