FaZe Clan member Nick ‘NICKMERCS’ Kolcheff has entered into an elite list of Twitch streamers, as he surpassed 3 million followers on September 1 — becoming only the 12th channel to have ever done so.

It’s been a busy year for NICKMERCS – from leaving 100 Thieves and joining FaZe Clan, to proposing to his now-fiancée – the 28-year-old has had an involved year to say the least.

Alongside all of this, the Fortnite streamer has taken his Twitch channel to new heights under his new organization, gaining over 320,000 followers in just shy of four months. 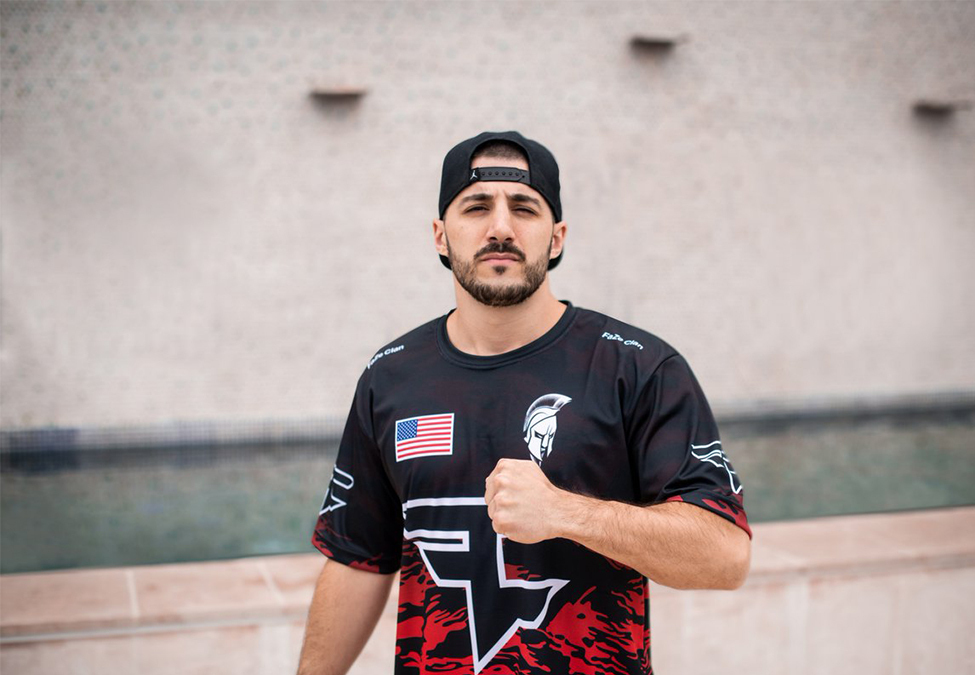 Originally amassing a following for his competitive Call of Duty gameplay and his boisterous on-stream persona, NICKMERCS soon built a loyal fanbase (known as the ‘MFAM’) across all platforms, with his YouTube channel almost breaking the 2 million subscriber milestone (another notch that Kolcheff can add to an impressive 2019 thus far).

Shortly after transitioning over to Fortnite, the American gained attention within the community for his stellar gameplay while using a controller.

Shortly after joining FaZe, Kolcheff also clocked in his largest peak viewership of 2019, with 92,951 concurrent viewers, which wasn’t even the highest of his career, having eclipsed the 110,000 viewer mark in 2018 following a host from then Twitch star Tyler ‘Ninja’ Blevins.

NICKMERCS’ Twitch channel proceeded its steady incline in growth as surpassed the 3 million follower mark on September 1 — beating the likes of Tom ‘Syndicate’ Cassell and Tyler ‘tyler1’ Steinkamp to the milestone.

The streamer celebrated his milestone with a tweet on September 1, saying: “Cheers family. been grinding on @Twitch for 8 years now. Never once did I think we’d be rockin’ w/ 3 milly! Much love.”

Cheers family :beers: been grinding on @Twitch for 8 years now. Never once did I think we’d be rockin’ w/ 3 milly! Much love :heart:️ pic.twitter.com/Pn9RSiLI8e

For a full list of the top streamers, check out the top 20 most followed channels.

Evidently, NICKMERCS is having an incredibly successful 2019, as his partnership with FaZe continues to flourish. Congratulations are most definitely in order for hitting this incredible milestone!