YouTubers NELK Boys give update after being held by German police

YouTube collective The NELK Boys have issued an update on their status after being stopped on their travels to Russia.

The NELK Boys, a Canadian creative group, are well known for their YouTube uploads that include daring pranks and top-level production. Their ‘Full Send’ motto means they are going all-in on a video, meaning it can lead to some surprising and shocking outcomes.

That was in full display during their long-awaited Spin the Globe challenge, where they found out that they would be going to Russia. However, despite starting their travels, they’ve already run into some problems that could put their adventure in trouble. 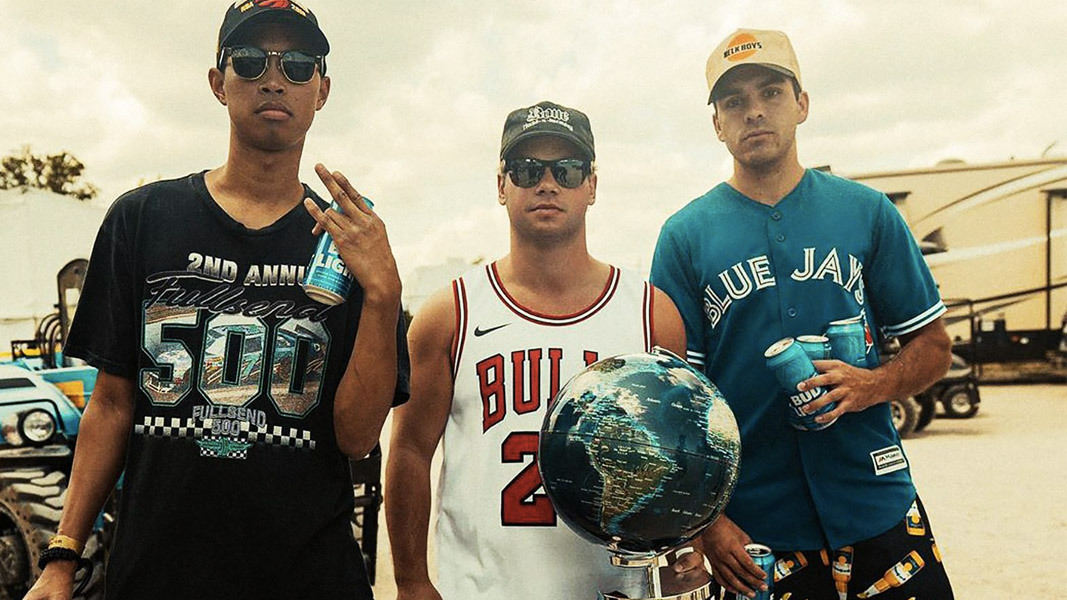 The NELK Boys had finally went all-in on their Spin the Globe YouTube challenge.

On August 9, the NELK team revealed that four members had been pulled aside for questioning while in Germany during their journey to Russia.

“Kyle, Jesse, 905 and Steve were pulled aside at the security checkpoint while boarding their flight to Russia. Questioning has been going on for over an hour thus far. We are currently in contact with our Visa attorneys hoping to solve this issue immediately,” a statement read on the creative collective’s Twitter.

However, the group had not offered fans an update on their situation until a few hours later when they switched to Instagram.

Kyle, Jesse, 905 and Steve were pulled aside at the security checkpoint while boarding their flight to Russia. Questioning has been going on for over an hour thus far. We are currently in contact with our Visa attorneys hoping to solve this issue immediately.
– NELK MGMT

“Boys, we are all good and free, thank the fucking send gods!” their Instagram story started. Waiting to talk to our lawyer about what we can and can’t say about what happened today trying to board to Russia.”

They continued on: “Right now, we are stuck in fucking Germany. Not sure what the next move is but we’ll see what’s good.” 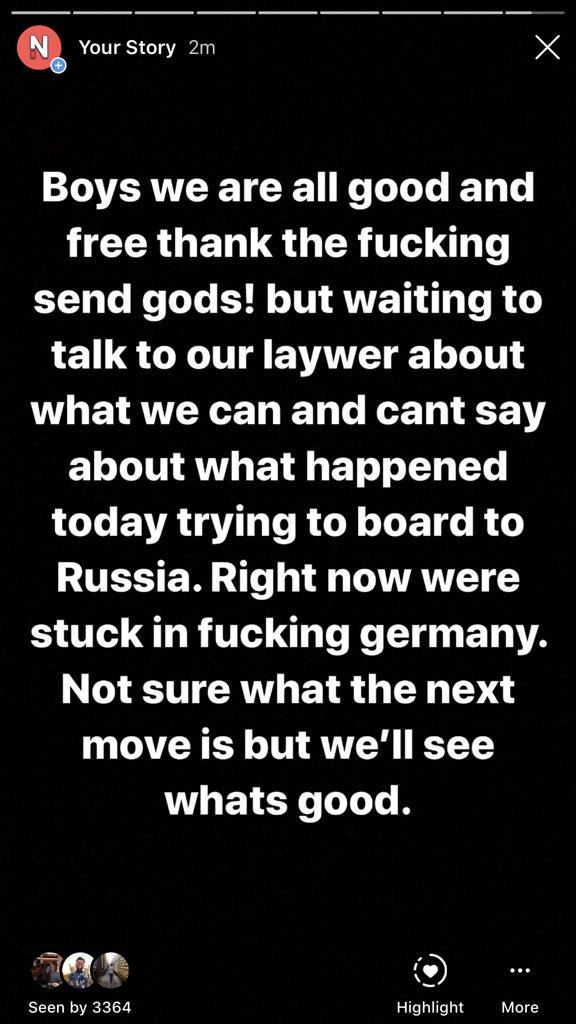 As of writing, on August 10, the group are still stuck in Frankfurt, Germany, and have not yet traveled to Russia.

Of course, regardless of what happens, the NELK boys will be able to put on another epic video for their fans – even if they aren’t able to fully send it.