Myth and Dakotaz disagree on streamers promoting products to kids

Ali ‘Myth‘ Kabbani and Brett ‘Dakotaz‘ Hoffman are two of the biggest Fortnite streamers on Twitch, but they can’t come to an agreement on how online content creators should influence children.

Whether parents like it or not, content creators play a massive role in shaping their young viewers’ lives in modern society.

With so many of today’s kids constantly watching streamers and YouTubers, especially when it comes to Fortnite, it’s inevitable that what influencers do, say, and promote affect these children’s character and habits.

That then brings up the question of how careful do these creators have to be when putting out content, knowing that at least a significant portion of their viewer-base are kids.

That question stirred up a debate on Twitter on August 22 between Myth and Dakotaz, who seem to have a fundamental difference in opinion when it comes to the issue. 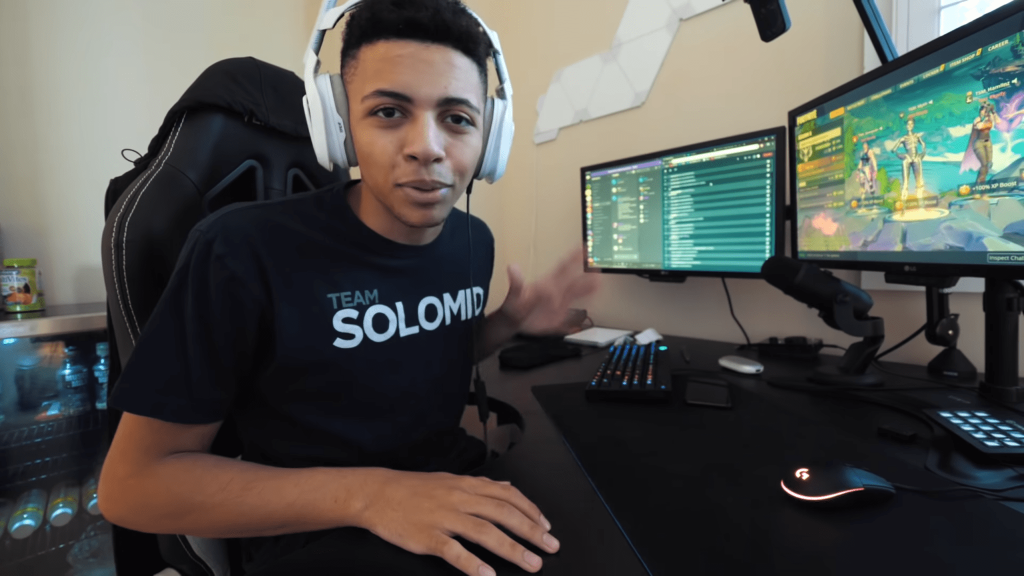 Myth became one of the biggest Fortnite streamers when the game first became popular.
[ad name=”article3″]

Myth’s main gripe was was with the promotion of caffeinated products, and how those promoting such products on their channels should also warn children of potential dangers.

“I wish more content creators highlighted some of the dangers of caffeine to their young audiences if they are going to be promoting that type of product consistently,” he tweeted. “Caffeine is no joke kids, and you probably don’t need it.”

Dakotaz, who of course has a massive partnership with GFUEL, seemingly had an issue with Myth’s statement, and instead offered a different solution.

“By the way, how about we let parents take care of their kids,” he replied.

btw how about we let parents take care of their kids

“Parents should take care of their kids,” Myth wrote back. “But influence is a real thing and it’s our line of work.”

At this point, Dakotaz decided to take a tongue-in-cheek jab and replied with a GIF of a man holding a Dr. Pepper soft drink and saying “nailed it.”

The message he was trying to get across was that Myth’s Team SoloMid was sponsored by the brand, perhaps trying to insinuate that the Fortnite star streamer was being hypocritical.

It’s clear that these two certainly have different viewpoints when it comes to managing how they promote products to their young viewers, and they’re likely not the only big-time content creators who disagree.

That said, at the end of the day, streamers and YouTubers have the prerogative of pushing their content out as they please, so the onus is on them to do what they think is the right thing.