YouTuber MrBeast has skyrocketed in popularity over the past 12 months, now gaining over one million subscribers a month, but he came from humble beginnings, as he revealed in an interview with fellow YouTuber Casey Neistat.

Known for a variety of videos, many of which go insanely viral, MrBeast, real name Jimmy Donaldson, now has over 16 million YouTube subscribers, an increase of 14 million since January 2018.

His success is certainly an anomaly, as not many YouTubers boast such a rapid rise in popularity in such a short period of time, especially with the, let’s say, unique style of content he provides. 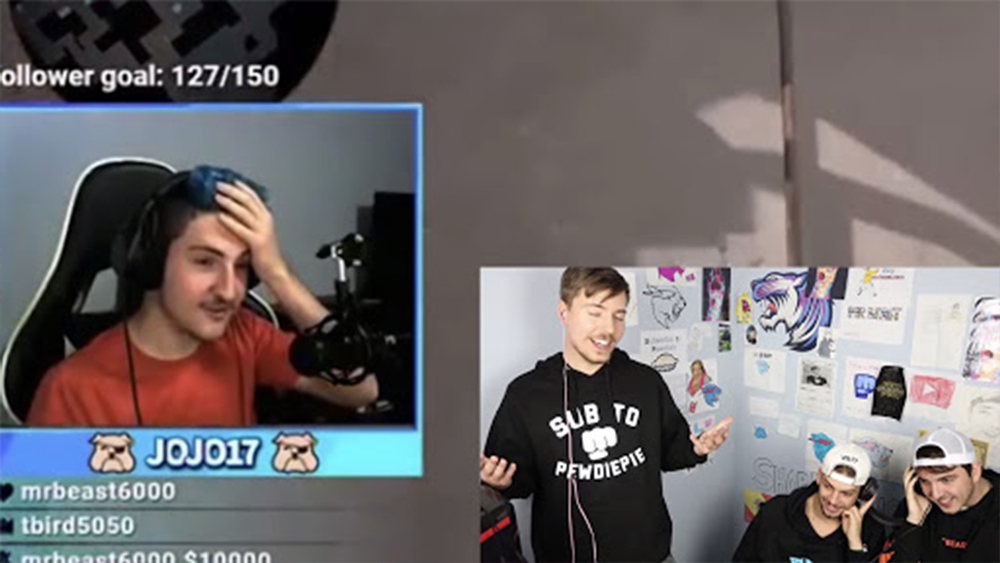 Perhaps the content he is best known for, however, is donating large sums of money to Twitch streamers and recording both his and their reactions – but how has he managed to afford such lavish philanthropy?

“I used to make a dollar a day, so I didn’t even have a microphone,” Donaldson explains, “My mindset was just ‘reinvest everything I make – every time I got a paycheck, that was the month’s budget.”

Timestamp at 4:40 for mobile viewers.

Of course, the millions of dollars which he has handed out – to streamers, homeless people, waiters and Uber drivers to name but a few – is not all out of his pocket.

Rather, he has used brand deals and sponsored videos to support these efforts, who in turn receive exposure through the millions of views each upload generates. 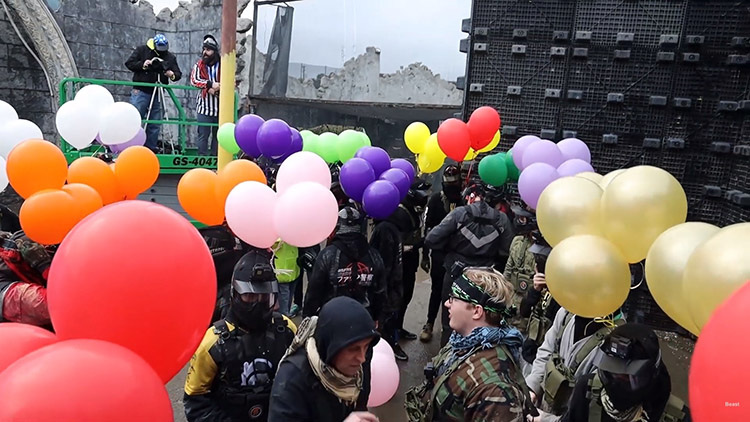 MrBeast recently hosted a massive IRL battle royale game for many of the most popular content creators on YouTube and Twitch.

MrBeast also explained why he thinks those videos do so well, stating: “There’s a big misconception that controversy and negativity is the only way to get clicks, because that’s how it is in the media, for the most part, they don’t want good stories, they just want bad things.

“But I think on YouTube, it’s different, and people just haven’t realized it: positivity is just as clickbait as negativity.”