MrBeast shows chaotic good side by “destroying” his friends’ cars

MrBeast isn’t like a lot of the pranksters on YouTube. While he goes out of his way to set up intricate events or incidents that have immediate consequences for someone, it’s usually to the benefit of the people he targets rather than making a joke solely at their expense.

Aside from his hilarious pranks, MrBeast also has a long rap-sheet of doing downright bizarre but pure stunts like opening up a pop-up store packed with expensive items only to be Apex Legends. 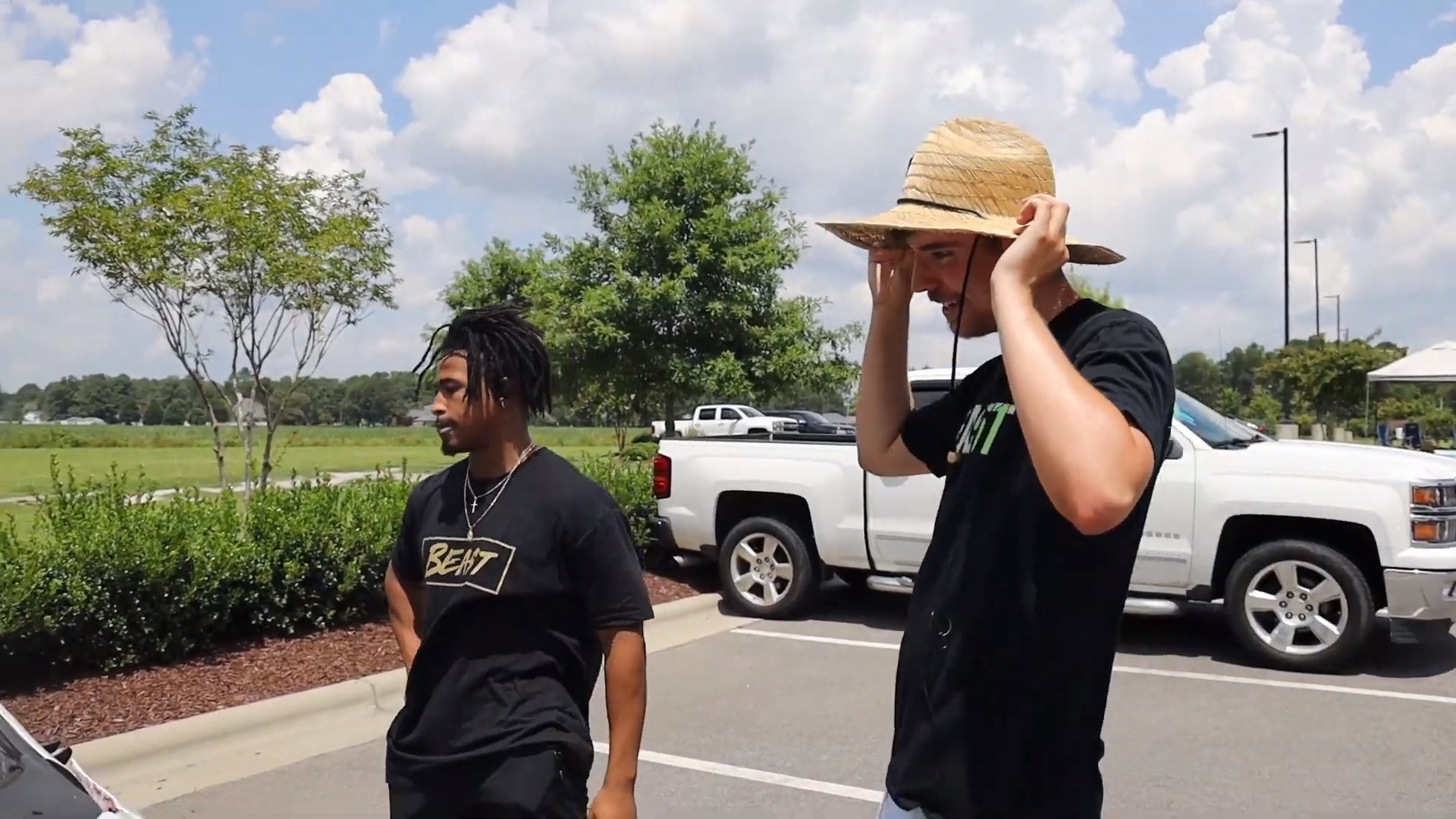 Destroying cars to prank friends is only good if you also make it up with something worth “10 times more.”

The next entry to MrBeast’s portfolio of classic kind acts shrouded in layers of grim misdirection saw the YouTuber surprise his friends Weddle and Marcus with a task to spend $10,000 in one hour.

But without informing the friends, MrBeast and his gang of caring criminals had summoned “meteors” and sledgehammers to tear into the aged vehicles without mercy.

“This one is too small,” MrBeast said inspecting the line of boulders that would be craned onto his friends’ cars. “Outer space wouldn’t send this… This one right here! This one goes on Marcus’ truck!”

Not one to blindly create chaos, MrBeast showed how many problems each of his friends’ vehicles had that probably should of deemed them a hazard to use. 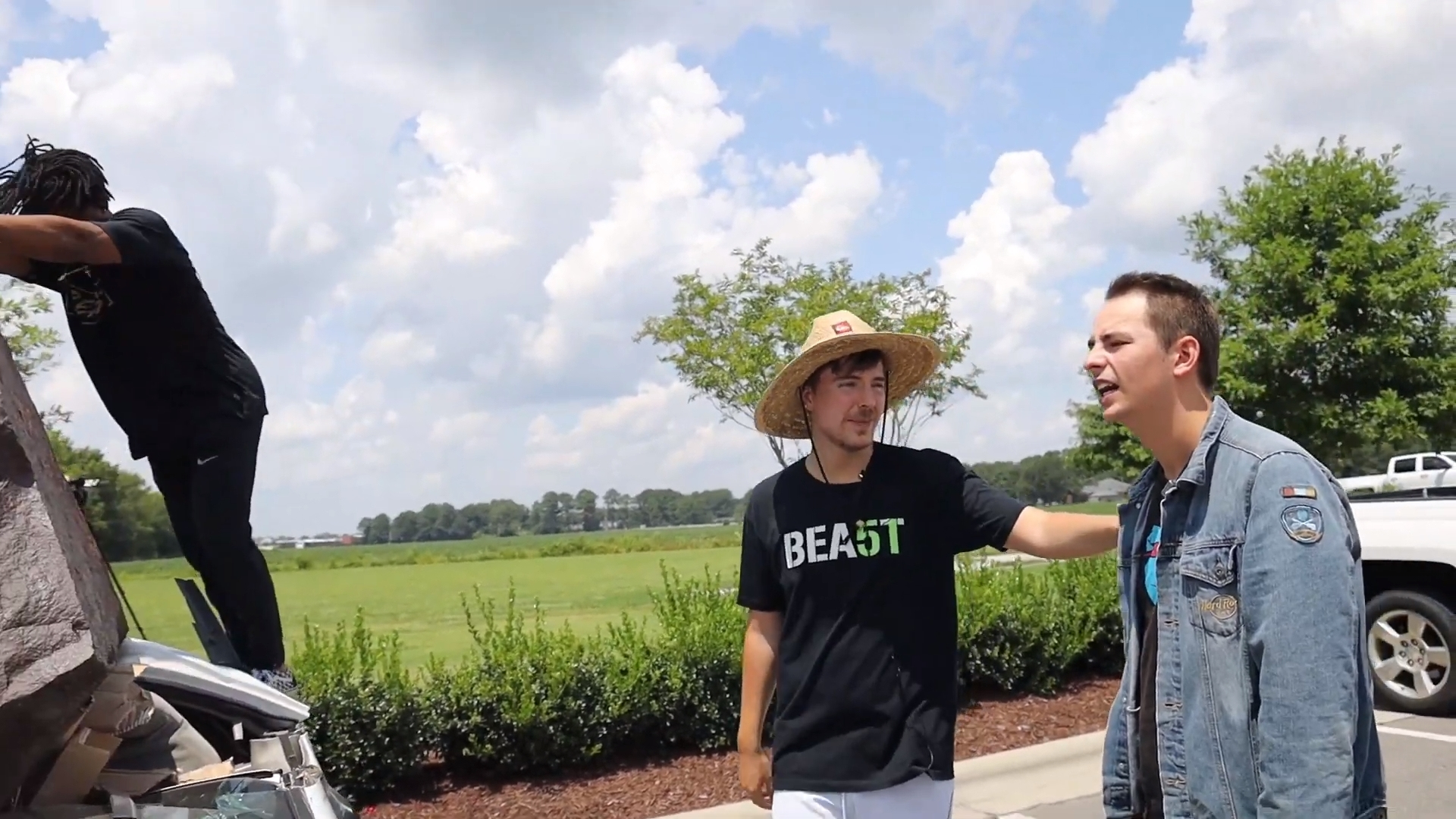 The YouTuber had both of his friends stunned in the moments leading up to and following his generous surprise.

“Before we destroy (Marcus’) car with a meteor,” MrBeast said. “I want to show you how terrible it is. Okay, I have it in drive, but I think that means neutral, from what I’ve heard it’s one off. Yup, its one off. How is this even street legal?”

While his friends were off “sweating” from struggling to spend enough money in the allotted time, MrBeast and his juiced crew were hard at work pummeling the doomed cars to the ground.

When the calamity ended, their friends came back to see the utter mess. They were in complete shock both before and after MrBeast informed them of their impending upgrades, as the 21-year-old content creator surprised them with $10,000 each for a much better replacement.