Controversial YouTuber Logan Paul is starting his own podcast – and revealed that he spent a hefty sum of money on his brand new podcasting studio.

The YouTuber is launching his own podcast named Impaulsive, which features Paul, Spencer Taylor and Mike Majlak interviewing guests in an attempt to be “entertaining and educational.”

The podcast will be filmed and recorded at Paul’s Los Angeles home, in a custom built studio located inside the house which the star states he has been working on for months. 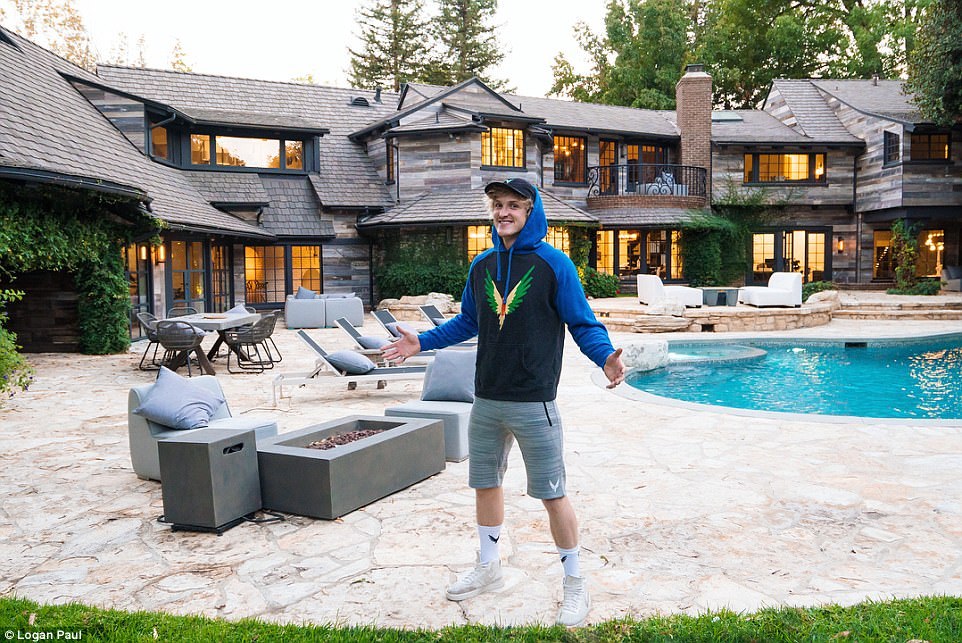 The podcast will be filmed at Paul’s luxury California home.
[ad name=”article2″]

Paul revealed his new set in a recent vlog, telling his audience that “the set cost $90,000”, with co-host Majlak joking: “Buy some merch so we can pay this off!”

The set features a huge desk cut in the shape of the Mavericks logo, the clothing company that Paul created and operates. In the background is a huge screen, allowing the hosts to show what they are looking at on their laptops, or to watch videos relating to the topics they are covering.

On the wall hangs a huge Impaulsive logo, while the entire studio is covered in LED lights and panels, which can be toggled on and off.

Paul will be releasing new episodes of the podcast on Mondays, Wednesdays and Fridays, with the first episode of the show featuring licensed therapist and psychologist Dr. Shannon Chavez.

The YouTuber recently revealed that he has returned to training as he prepares for his boxing rematch against fellow YouTuber JJ ‘KSI’ Olatunji.

While the date for the fight is yet to be officially confirmed, Logan stated that he wanted the fight to take place in the Staples Center in Los Angeles, or the historic Madison Square Garden arena in New York, and even predicted the round he would knock the Brit out in.

The first episode of Logan Paul’s new Impaulsive is live right now, and you can watch the full video below.