Logan Paul and KSI set to officially face off... in Fortnite? - Dexerto
Entertainment

Logan Paul and KSI set to officially face off… in Fortnite?

Now, KEEMSTAR’s tournament is back in a major way, bringing with it some major names – and a few major YouTubers. 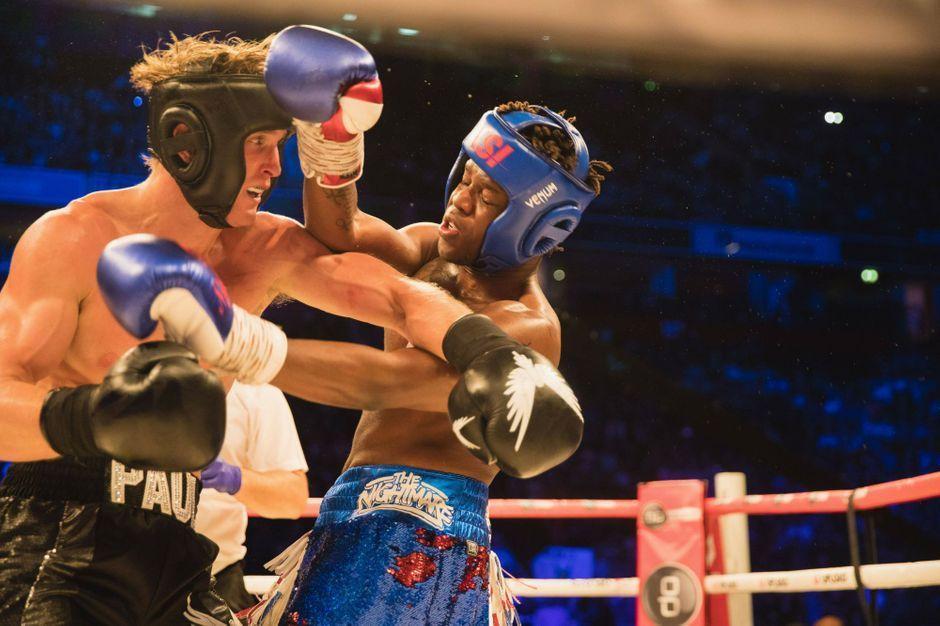 Logan Paul and KSI faced off in the boxing ring in August 2018, which ended in an unsatisfying draw – leaving the two slated for a rematch in 2019.

In fact, KEEMSTAR even encouraged Logan Paul and KSI to take part in the series, giving them a virtual space to throw down in before their upcoming boxing rematch in November 2019, despite their less-than-stellar building skills.

“Listen you are both KSI & Logan Paul really bad at Fortnite,” KEEMSTAR Tweeted. “But the world would love to see you face off in #FridayFortnite!”

Listen you are both @KSIOlajidebt & @LoganPaul really bad at Fortnite….

The world would love to see you face off in #FridayFortnite!!

In a surprising twist of events, Paul actually took KEEM up on his offer, claiming that he would “pwn” KSI in the battle royale title.

Thanks to Logan’s response, it looks like the two are set for an official showdown on June 21, as Tweeted by KEEMSTAR.

“Spoke to JJ, you two dance on 21st of June,” KEEM confirmed in a reply. “You can pick any teammate in the world you want!”

Spoke to JJ you two dance on 21st of june #FridayFortnite You can pick any teammate in the world you want!

While both Paul and KSI have yet to speak at length about their plans for the event, the two are slated to take part in a boxing rematch, following their initial showdown in 2018.

However, the event has undergone much scrutiny, with Paul even accusing KSI of breaking their initial contract, which allegedly penned the rematch for February 2019.

KSI later refuted these claims, stating that he would be in talks with Paul’s team to organize a date and venue for the event – matters that he claimed were the responsibility of Logan, instead of him.

The two YouTube stars’ first boxing bout ended in a draw that disappointed fans across the globe; considering the duo’s skills in Fortnite Battle Royale, there’s no telling how their upcoming competition will pan out.