Two of the biggest names in LoL streaming faced off in front of a live crowd at the Oracle Arena during the NA LCS finals, as tyler1 and Imaqtpie went head to head in the showmatch.

Of course, there was plenty of highlight moments, as the controversial Tyler1 – who has had a rocky relationship with Riot Games to say the least – was in attendance at one of their live events for the first time.

Tyler1 has had numerous bans, both from Riot and Twitch, for toxicity, but since his return to streaming his behaviour has tamed somewhat, at least compared to his previous antics.

Participation in the match was a major step from Tyler1 though, as he stepped onto the LCS stage for the first time. He was a last minute substitute, taking the place of caster Pastrytime. 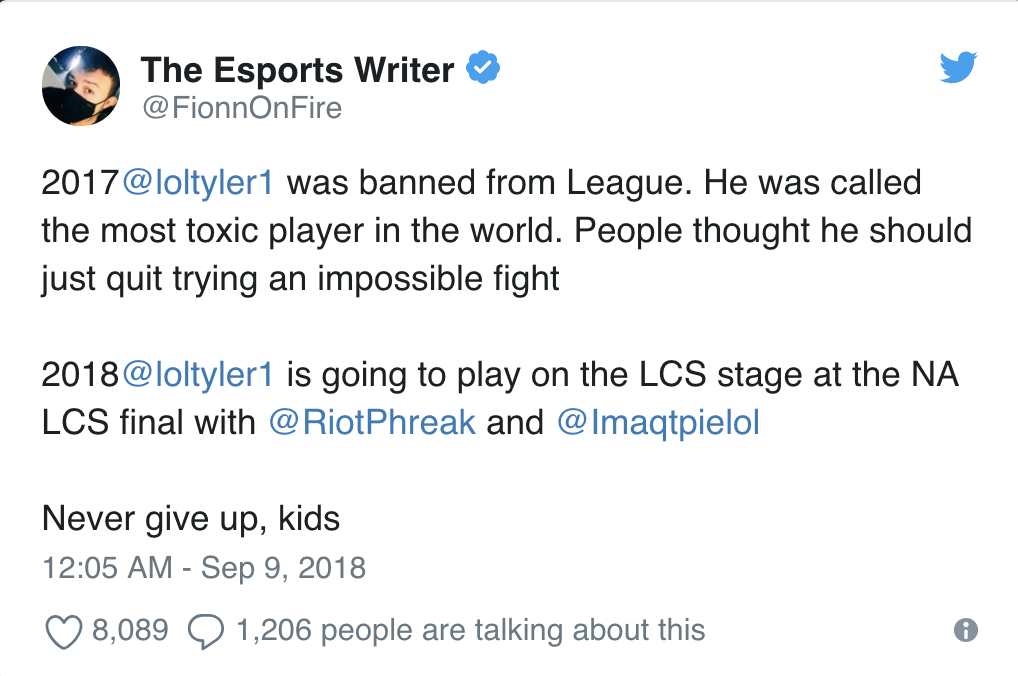 And he was his usual self on broadcast, never shy in front of the cameras and the thousands in attendance.

The showmatch got off to a rocky start for Tyler1 though, as he appeared to accidentally leave the match – or maybe he really did rage quit immediately.

After a close match though, it was the side of the ‘Meme Stream Dream Team’ led by imaqtpie that came out on top, and Tyler1 looked visibly dejected.

After the match, the two captains took the stage for a post match interview, and Tyler1 was still his usual self – not impressed by qtpie’s gameplay and tactics.

In the end though, Tyler1 put aside his differences and shook the hand of his rival, after deliberately avoiding a handshake immediately after the match.

The win means that Tyler1 now has a 0% LCS win rate, something which fans and fellow streamers were happy to remind him of.

Nathan Blau of Riot Games posted a special message for Tyler1 though, in spite of the relationship that the publisher has had with the streamer, they could not deny his passion for the game. 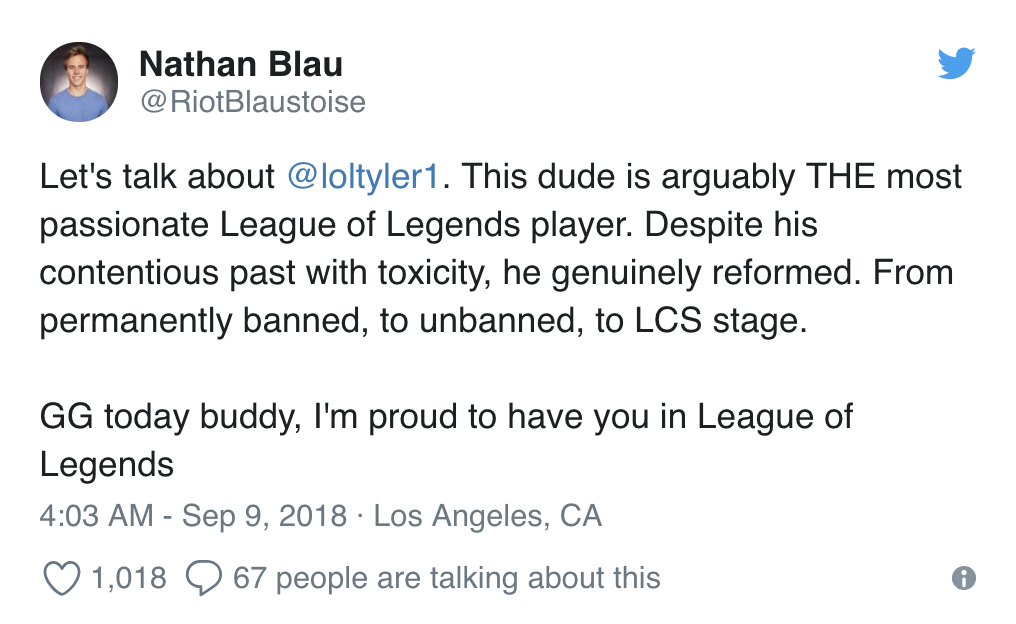