YouTube stars KSI and Logan Paul finally settled their long-standing grudge in the boxing ring on November 9. However, that isn’t stopping KSI from exposing some of the hilarious moments that went down beforehand.

In an October episode of his imPaulsive podcast, Logan Paul revealed a few messages he’d sent to his rival via Instagram, which included a few light-hearted voice memos referencing a “cake.”

However, KSI never responded, leading Paul to feel like a “side hoe” who’d been left on read in spite of his efforts to get a reaction out of his opponent.

Unfortunately for Paul, KSI has finally reacted to these DMs — a full month after their bout, making “The Maverick’s” attempt at taunting his rival null and void.

In fact, KSI revealed even more DMs that Paul had sent than the ones he showed on his podcast, which included some more direct hints at his proposed victory.

KSI and Logan Paul threw down in the boxing ring on November 9, with KSI emerging the victor by split-decision.

“Hey bro, I admire your confidence,” one message said. “I’m hella impressed. I just was wondering if you had picked someone out to catch your head after I decapitate you in the first round.”

Needless to say, Paul’s joking threat sent KSI into a fit of laughter, who noted that, considering his loss by split-decision, rendered the message less of a taunt and more of a joke.

That’s not all: Paul had even sent KSI a drawing of himself standing over his opponent in the ring, captioned, “Visualize it.” The image is an artistic impression of the boxers by isidros_artwork. 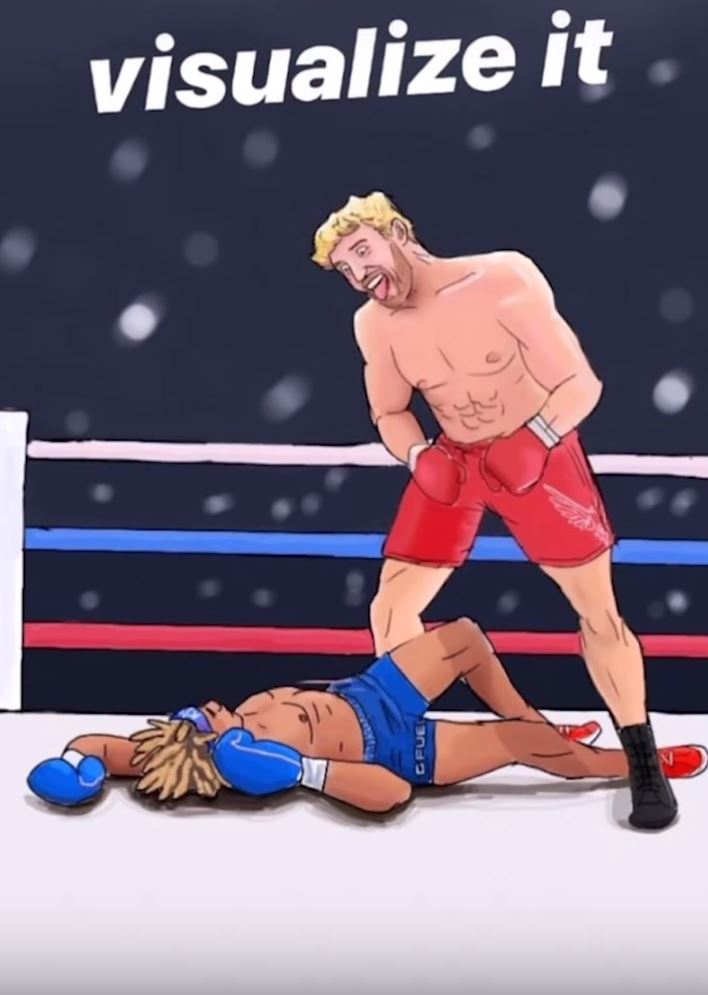 Logan Paul sent KSI a image of his proposed victory, which he apparently shoved in his opponent’s face during their meeting with the commission.

KSI’s humorous exposure of Logan’s Instagram messages follows the denial of the Maverick’s appeal to the commission, who struck down his efforts to reverse a two-point penalty he’d received in the fourth round.

Now, KSI reigns as the undisputed champ of their bout — and he’s not afraid of rubbing it in, considering his reactions to Paul’s DMs.