Popular Twitch streamer Richard ‘KingRichard’ Nelson is seemingly still locked into his feud with graphic designer Gabe ‘G4K Motion Designer’ – adding anyone else who comments on the beef into the mix.

What happened between KingRichard and G4K?

The NRG Esports player and streamer had his controversy over reportedly not paying his graphic designer thrust into the public spotlight at the beginning of April, when the team released a video, that has since been deleted.

KingRichard responded to, and strongly denied, the matter on his stream, becoming emotional when referred to as a “scammer.” Nelson also admitted to being burnt out and not wanting to stream because of it all.

However, it seems that despite apparent private talks with G4K about resolving the situation, KingRichard is still tetchy about the situation being brought up. 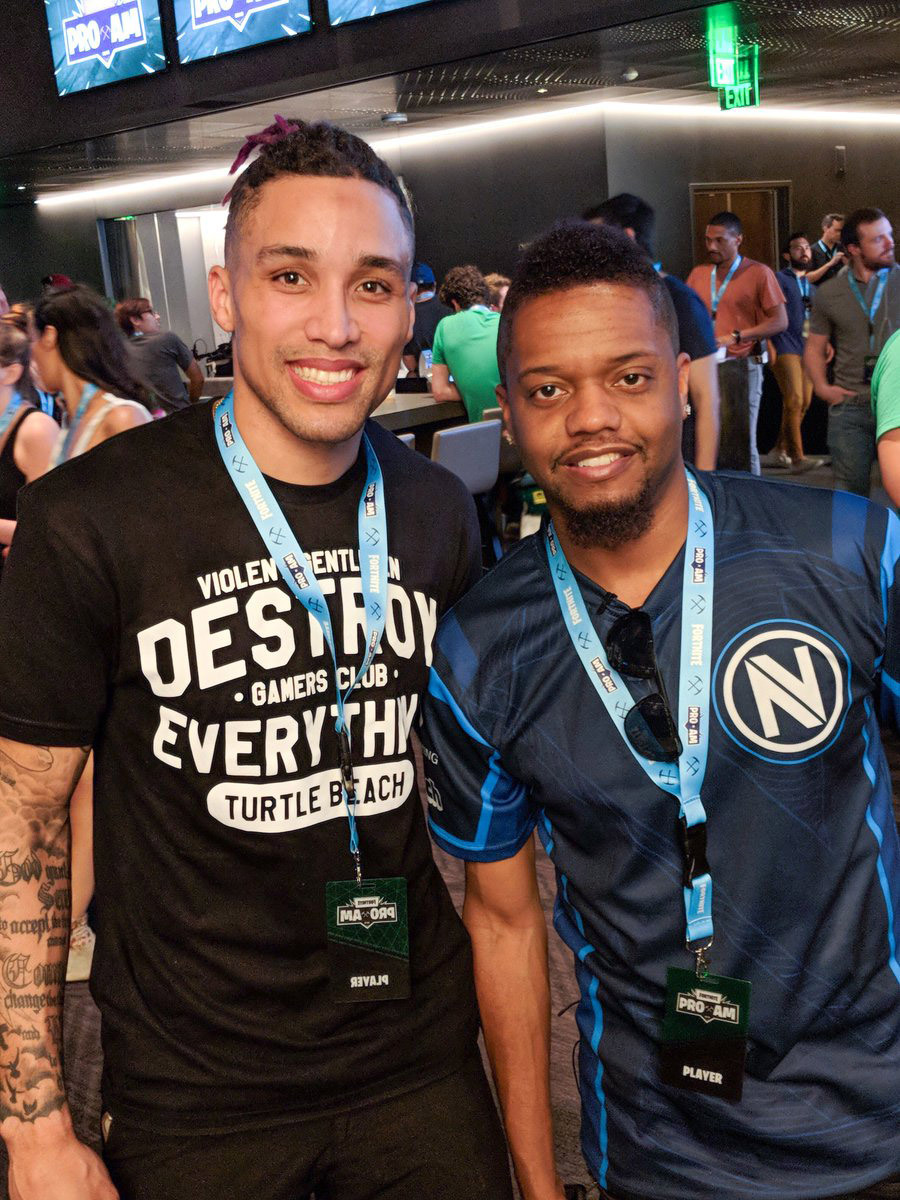 KingRichard formerly played Fortnite for Team Envy – where he competed in the Fortnite Pro/Am event.
600

On April 11, the popular streamer put a call out to his Twitter followers to see who would be attending TwitchCon Europe in Berlin – seemingly gauging responses as to who he may run into while in Germany.

One user responded that they would be attending and also bringing KingRichard’s graphic designer with them, seemingly poking fun at the tense situation. In a now-deleted tweet, the popular streamer fired back with: “Bring a pair of boxing gloves as well,” seemingly wanting to step into the ring with G4K. 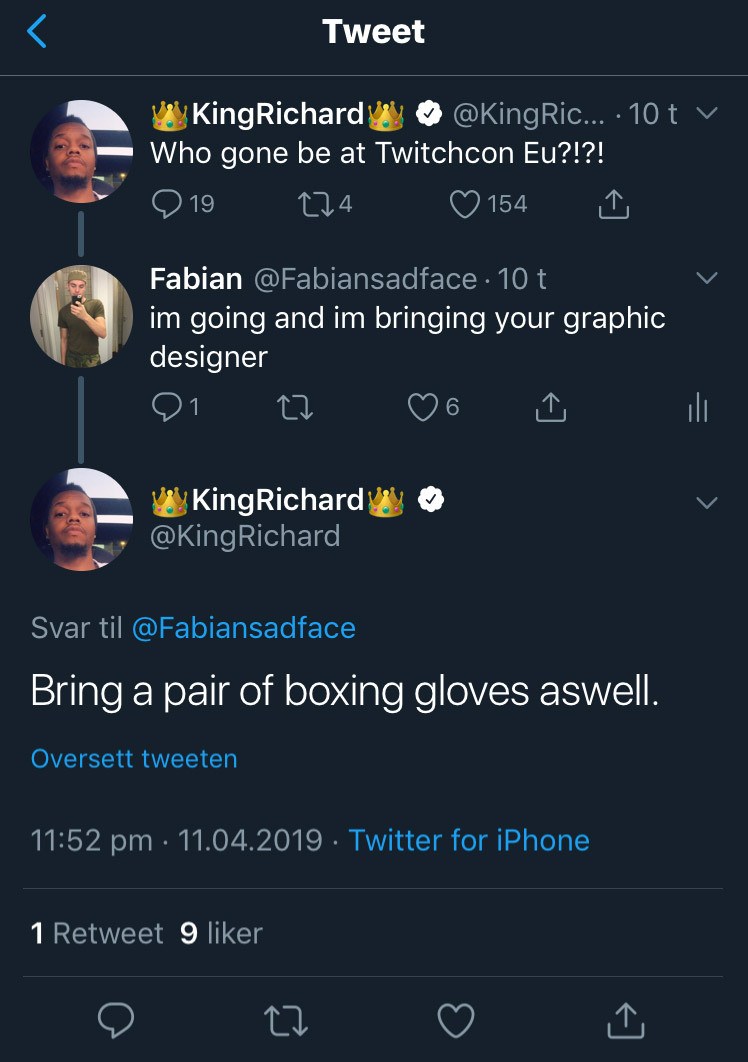 The now-deleted exchange between KingRichard and a fan.
600[ad name=”article3″]

While the graphic designer stated that he and KingRichard were going to solve their problems privately and that the ‘peaceful way’ was the best case scenario, it seems like the streamer is still pretty combative about the whole thing.

KingRichard’s original tweet about TwitchCon Europe still remains on his profile, with replies flooding in following his deleted post – all poking fun at what he had written.

If posts on Twitter are anything to go off, it seems like a lot of attendees will be bringing KingRichard’s graphic designer with them, so he may need more than one pair of gloves just in case they’ve all discovered the secret behind cloning technology.