This all started when Gabe, or G4K, posted a video online claiming that KingRichard had not paid him, and therefore had allegedly scammed the designer after accepting his artwork.

KingRichard’s initial response had received a lot of backlash as many were arguing that the designer should have been paid for his time invested into the project.

KingRichard had also apparently accepted some of the artwork by the design company Creative Grenade and used it on his stream before denying to pay for it, according to G4K. 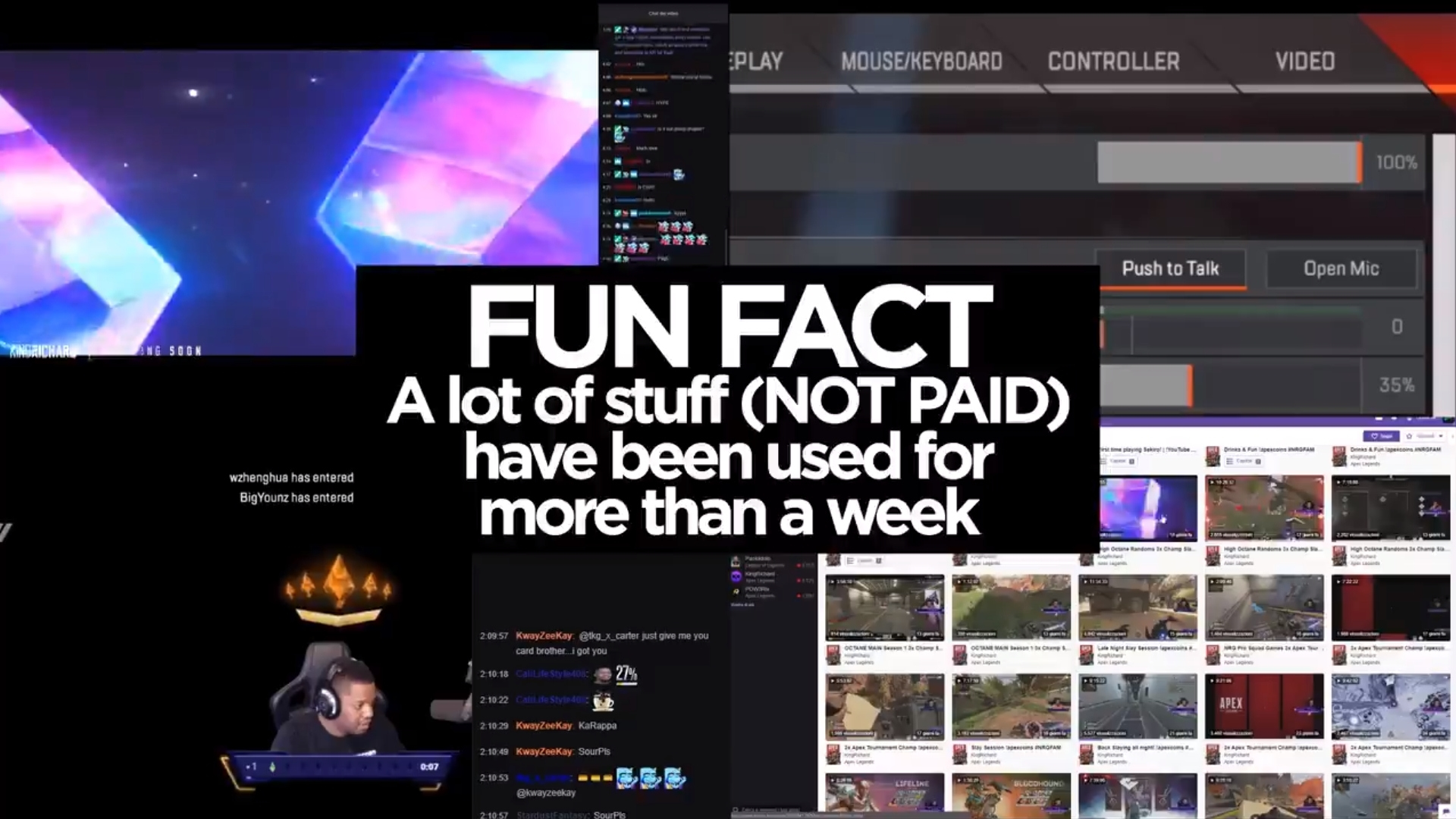 Image shared by G4K of KingRichards stream with the alleged graphics being used.
[ad name=”article2″]

KingRichard and the Creative Grenade team, which includes G4K, then decided that the situation would be resolved privately as they attempted to work out a compromise which would suit both parties. G4K also removed the initial video and screenshots from his Twitter.

In what he has confirmed as his final statement on the topic, KingRichard has now claimed that G4K and the Creative Grenade team have been underdelivering and lying about his project before they took the matter public on April 2.

He stated that the company “would not be getting a single dime [more]” from him and he declared that he was considering suing for defamation against his character when the artist shared the video claiming he had been unfairly treated. “I believed they were reputable to do the work, I was wrong.”

KingRichard went on to say that his community was the reason he was trying to improve the stream “This was always about the community” and that he wanted to give back to everyone that had supported him through all of the drama which unfolded.

He then went on to say that he had decided to give away the expected cost of the project, which was $10,000 in total, by announcing that he would be hosting a giveaway picking five fans that would receive $1,000 each as well as donating the same amount to five charities of his choice.