Friday Fortnite is the biggest event of the week for Fortnite, but that hasn’t stopped players from dropping out last minute – something Daniel ‘KEEMSTAR‘ Keem isn’t happy about as he has now promised major changes for the event going forward.

KEEMSTAR said he was cutting the number of teams in Fortnite Friday to eight, in a since-deleted tweet, after having five players tell him just before the event began they couldn’t play.

“Starting Next Friday we are cutting the #FridayFortnite teams down to only 16 players and 8 teams,” he tweeted. “I just had 5 people tell me they can’t play 2 hours before the event starts. This (has) been happening every week. Then we have to fill in the spots with (randoms). No more.” 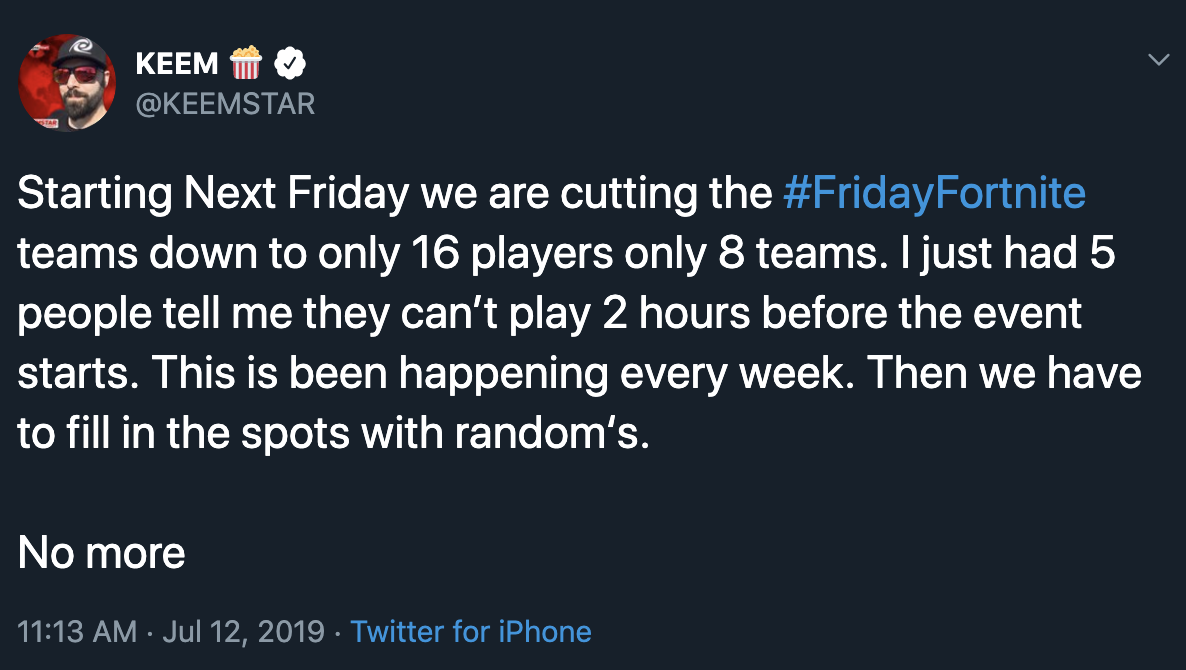 This tweet comes on the heels of Turner ‘Tfue‘ Tenney revealing he made both FaZe Sway and Clix drop out of the tournament in order to practice for the Epic Games-hosted Trios tournament.

Tfue announced they were both on his team and then later took credit for making them drop out of the event at the last minute. Though it is unclear whether he was serious or just being a major troll.

Both Sway and Clix gave statements on Twitter addressing why they dropped out of Friday Fortnite.

“Instead of playing Fortnite Friday I think it’s best for me to practice with my trio as a pro player,” Clix tweeted. “I will be streaming Trio Cup (Saturday) and (Sunday). Thanks for understanding. I already talked with Dellor and he understands.”

Instead of playing fortnite friday I think it's best for me to practice with my trio as a pro player. I will be streaming Trio Cup sat and sun. Thanks for understanding. I already talked with @dellorlol and he understands.

“Sitting out of Fortnite Friday due to practicing for Cash Cup (tomorrow),” said Sway.

While both of these players had solid reasons for backing out, Keem argued he didn’t know there was another event and that it doesn’t pull close to the same numbers as Friday Fortnite.

“I didn’t even know there was an event tomorrow,” Keem said in a deleted tweet. “(Nor did) a lot of people. Because whatever this event is tomorrow doesn’t pull anywhere near the views of Friday Fortnite pulls. And if people had to practice they should’ve notified me days ago not today!” 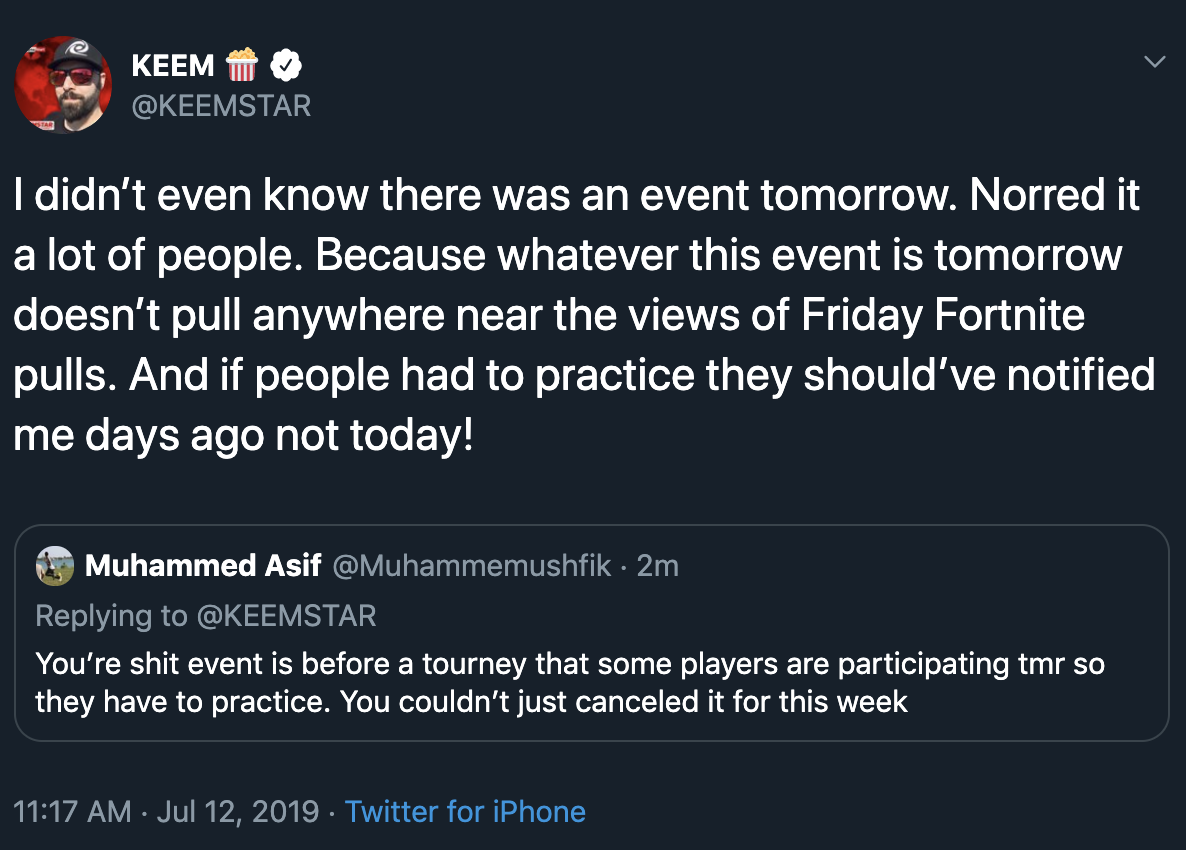 For what it’s worth, Keem isn’t upset that Tyler ‘Ninja‘ Blevins missed the event because he’s stuck on a plane.

We’ll have to see if he actually goes through with the rule change or if he has a change of heart before next week.