Kaceytron claims Trainwrecks is "blackballing" her on Twitch - Dexerto
Entertainment

Kaceytron claims Trainwrecks is “blackballing” her on Twitch

Veteran Twitch streamer Kacey ‘Kaceytron’ Caviness fired shots at Tyler ‘TrainwrecksTV’ Niknam over twitter, claiming, among other things, that he is ‘blackballing’ her from the community.

Kaceytron is one of the most experienced and well-known streamers on Twitch, having broadcasted on the platform since 2013. She’s focused around League of Legends and IRL [In-Real-Life] content and often collaborates with other streamers.

The American was commonly seen on collaborative streams, such as the RajjPatel talent show, but has been missing them lately and called out Trainwrecks as the reason behind this. 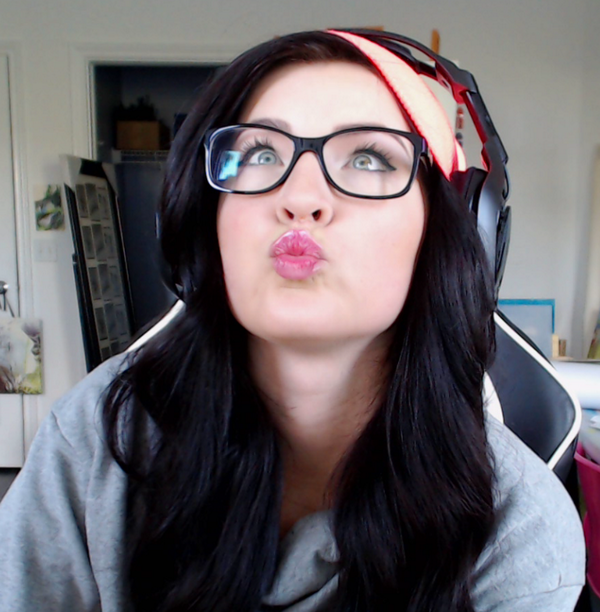 In a short series of now-deleted tweets, Kaceytron claimed that Tyler was attempting to push her out of the community. “If you’re going to blackball me from the community; not host talent shows alongside me, not host channels that I’m on… admit that [you’re] doing it because you’re threatened by what I know about you”

She then moved on to slamming his Twitch career in a merciless tweet: “[You] built your whole community off of putting down others… and can’t handle anyone that isn’t a “yes man”, the literal definition of hypocritical pu**y.”

Before finally adding an additional accusation that his mods control the LivestreamFails Reddit and that he “manipulates votes.” 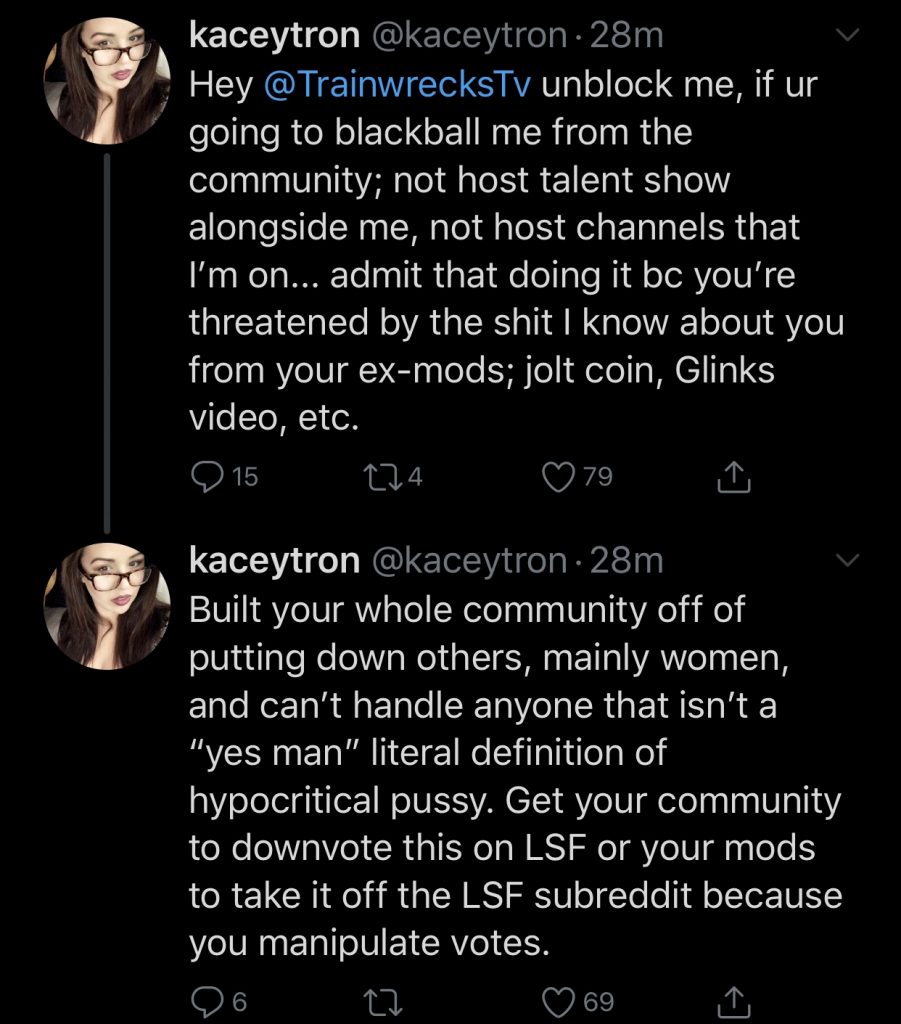 It would seem that there is some bad blood between the two and that Kaceytron has a bone to pick with TrainwrecksTV.

Some fans have pointed out that Kacey has been missing out on many collaborative streams, but with no real way to know what’s happening behind the scenes, all they can do is wait for an official response from one of the hosts.

So far other Twitch streamers, as well as Tyler, have not commented on these tweets. Although, if any new information does come to light we will be sure to update this article.