The drama began after Jeffree Star was called out by one of his ex-models, Kameron Lester, who claimed that Dawson had called Star and “cursed out” James Charles over the phone prior to the drama from May 2019.

Lester expressed regret that he hadn’t notified Charles of potential ill will against him from these YouTube giants at the time, leading Dawson to speak out on the subject in a divisive and lengthy Notes post. 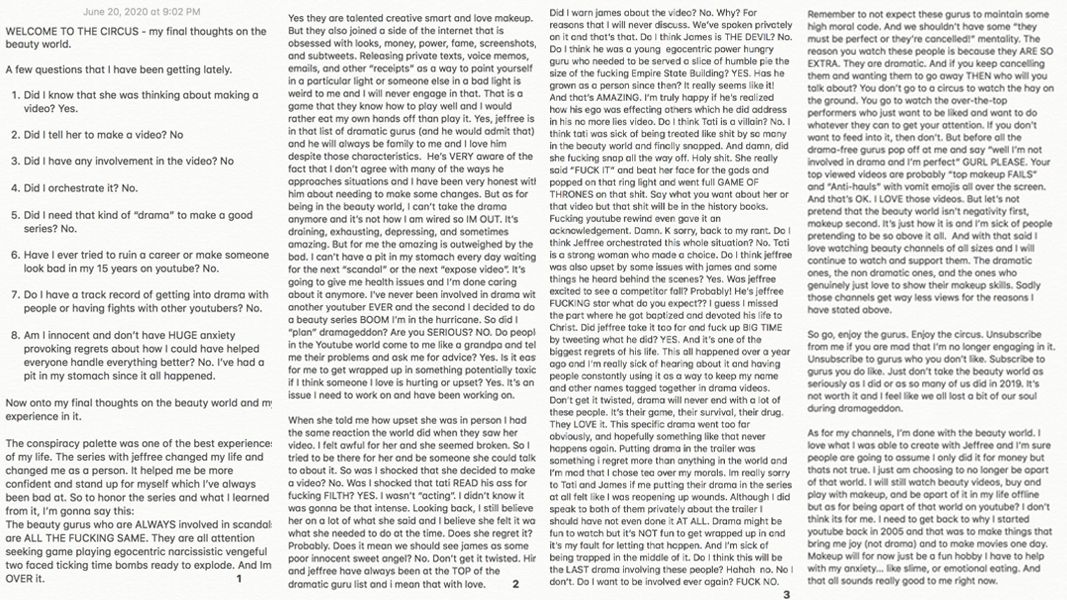 In his statement, Dawson claimed that he no longer wanted to take part in the scandal and did not tell Charles about Tati’s viral “Bye Sister” video, although he knew it would be coming out, and has since discussed the situation with Charlies in private.

However, the entire fiasco has stirred the social media pot fit to boiling, and Star appeared to address the matter in a series of now-deleted Tweets.

“My coping mechanisms for past trauma sometimes make more problems for me and the people around me,” the makeup mogul wrote. “Don’t let anyone ever tell you it’s too late to get help. Mental health is more important than anything on the planet.”

One fan didn’t seem appeased by his statement, replying back with, “So, getting millions of fans to hate on a 19-year-old that almost lead to suicide was a coping mechanism for you?” 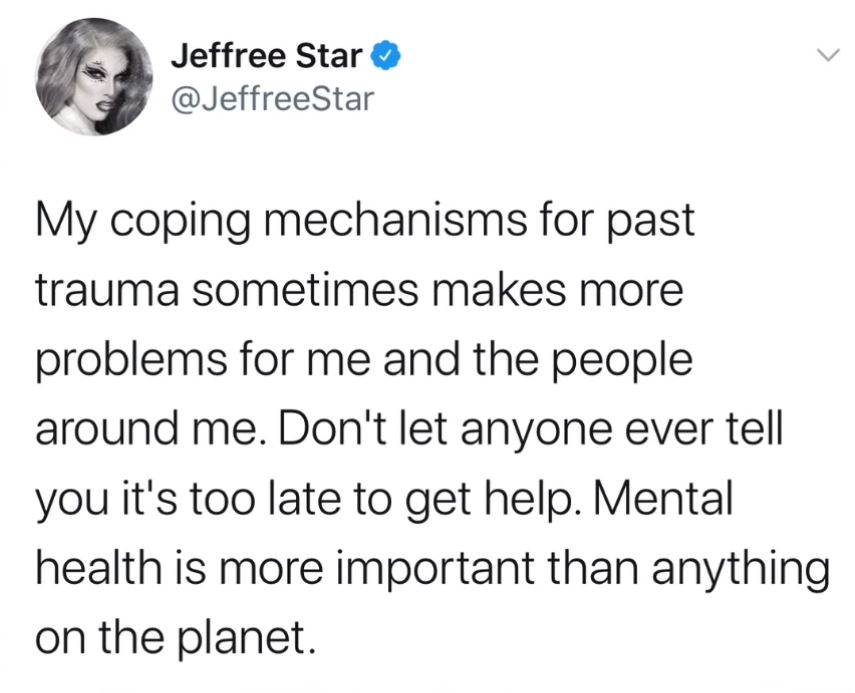 So getting your millions of fans to hate on a 19 year old that almost leads to suicide was a coping mechanism for you?

“If that’s the fake narrative you want to believe, great?” Star shot back. “Move on and worry about your own s**tty life and actions. Mine are not your problem.”

That’s not all; Star also replied to another fan, who had defended him amid the drama, writing, “Their main goal is to get us to hurt ourselves.”

Tati Westbrook has also teased a potential statement about her “Bye Sister” video, uploading lyrics from singer Gabrielle Aplin’s ‘Dear Happy’ song, which included the lines, ‘I started thinking / I should open my mouth / Let the words out / Let the words out, yeah.”

Tati’s tweet is leaving fans on the edges of their seats as they await further information from a scandal that nearly destroyed James Charles’ career over a year ago.