Controversial YouTubers Jake Paul and Tana Mongeau are taking their fast-paced relationship to the next level, revealing their alleged “engagement” after just two months of publicly dating – but the subsequent wedding rumors surrounding the couple may be on hold, after Paul “faked” a major wedding gift for his fiance.

Tana Mongeau made no secret about her biggest birthday wish, asking her fanbase to Tweet at her boyfriend en masse to convince him to buy her a car – even getting the debacle to trend on Twitter, in the process.

However, Paul isn’t one to surrender so easily; rather than acquiesce to her request, he decided to pull a major prank on the YouTube star, staging a fake “gift reveal” that hearkened back to his similar stunt on his own brother, Logan Paul. 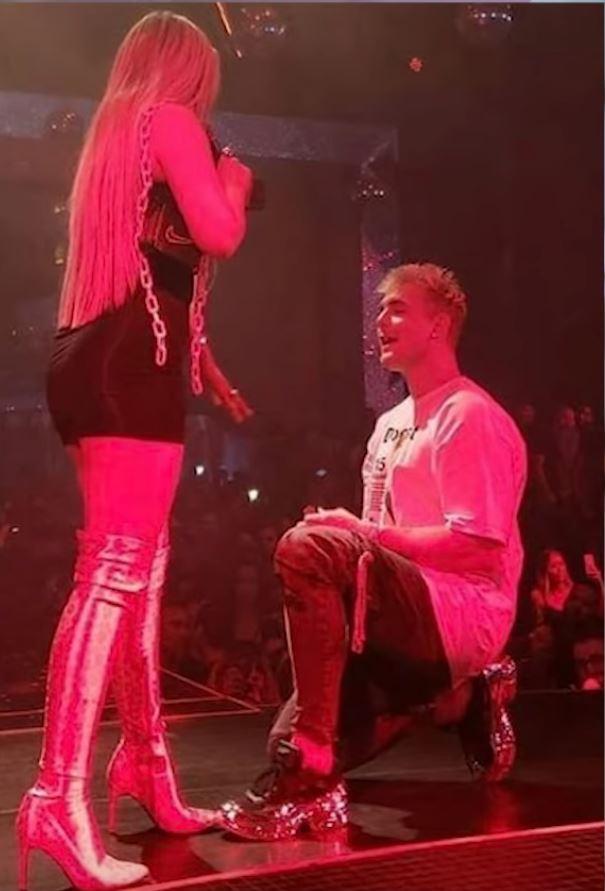 Jake traveled to the Mercedes-Benz of Calabasas, CA in order to pull off the practical joke, even putting a giant red ribbon on top of a black Mercedes G Wagon – which ended up belonging to someone else, a development that Tana had openly suspected all along.

“You know you’re just fucking with me for the clickbait,” Tana said of the matter, before the big reveal. “…it’s a fake car with a bow on it. And this is a funny-ass bit where you pretend to get me the car I wanted.”

Of course, Paul’s “gift” was all a ruse – but that didn’t stop Tana from accepting his “proposal” at her 21st birthday bash, with sources close to the couple later revealing their wedding date to be June 28, just four days after the proposal.

However, these sources have since updated their original statement, with Hollywood Life reporting that their wedding has now been pushed back to July 28 due to scheduling for Mongeau’s MTV series ‘Tana Turns 21.’

While Hollywood actress Bella Thorne uploaded a teary reaction to the news, fans across the net aren’t buying the YouTubers’ wedding plans, with many speculating that the couple is faking the entire ordeal for content.

However, Mongeau has assured her audience that the proposal is, indeed, legitimate – leaving fans waiting for a possible reveal in the near future.