The young YouTube star shocked his fans when he announced a speedy wedding proceeding with Mongeau, but made sure to let “loyal” fans be a part of the celebration by signing up for the livestream for all of the night’s festivities.

But the newly weds were experiencing a “social media uproar” from people who thought that the price was far too steep for a wedding stream. Still, that didn’t deter the younger Paul and Mongeau to go on with the pricey coverage for the event. 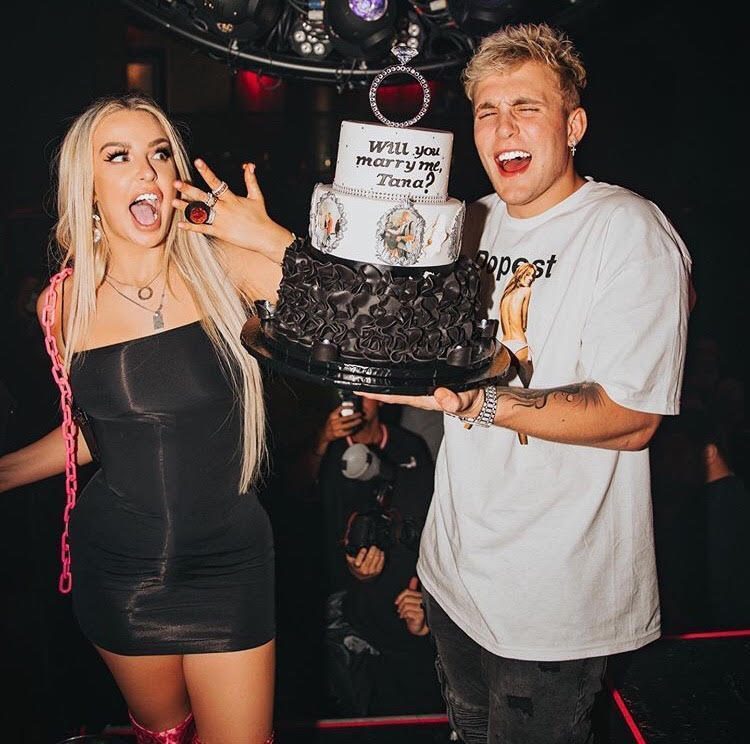 Jake and Tana’s wedding had a few snags along the road, including people hating on the livestream.

Following his lavish ceremony, which had a fight break out in the middle of it, Jake sat down to be a part of an impromptu IMPAULSIVE with his older brother Logan Paul where he fired back to his online critics.

“100%. People are going to be pissed,” Jake said in regards to potential hate for putting a price on the wedding’s livestream. “I say, this wedding cost us north of $750,000. If you want to be a part of the experience, why not. Let’s subdue our cost. This is expensive as shit.”

While Paul openly said there was going to be free content to come about after the wedding, the reason for the high price point was “because [Jake] only wants the people who fuck with [him] and Tana the most to be watching the livestream.”

What he definitely didn’t want to see were “haters” bombarding his livestream with obscene comments, which he believes would happen if the couple decided on a smaller price point of say $10.

Paul and Tana’s wedding for fans only

“I feel like if you aren’t our fans then you shouldn’t be watching the livestream.” Jake Paul said. “I only want my most loyal people on there.”

Though it didn’t seem like those “loyal” fans bought a perfect product since many were demanding a refund due to how “unwatchable” the stream had become during the most important bits.

The married life for Jake and Tana is starting on shaky waters not because of their relationship with each other, but instead between fans who didn’t buy the livestream and felt ousted as well as with the people who did buy into it and were frustrated with the outcome.