Looking back at the full VOD of Tyler ‘Ninja’ Blevin’s first Fortnite stream with Drake highlights just how much has changed.

Although they went on to play together more than once, the first time they collaborated on March 15, 2018 was undoubtedly an incredible moment for gaming and Twitch alike. It remains the most viewed Twitch event ever on a single creator’s channel, peaking at 628,000 concurrent viewers.

It was not just Drake however, as NFL wide-receiver and FaZe Clan partner JuJu Smith-Schuster, and rapper Travis Scott also joined Ninja on Fortnite. In the VOD, the matches with celebrities start around the 03:31:00 mark, seeing Ninja and Drake drop into duos. They are then joined by JuJu and Scott for some squad matches.

Despite the fact it’s already been a year, it’s also incredible to consider the extent to which Fortnite has changed in the same time period. The stream took place in the middle of Fortnite’s third season, which was thematically based around outer-space.

The season saw conspiracy theories about meteor strikes come to fruition, with the creation of Dusty Divot being the major change occurring at season three’s climax.

Other notable Fortnite nostalgia from its third season includes ‘The Reaper’ skin at Battle Pass Tier 100, based around the fictional assassin ‘John Wick’, as well as the introduction of the point of interest ‘Lucky Landing’, which remains in the game into its eighth season. 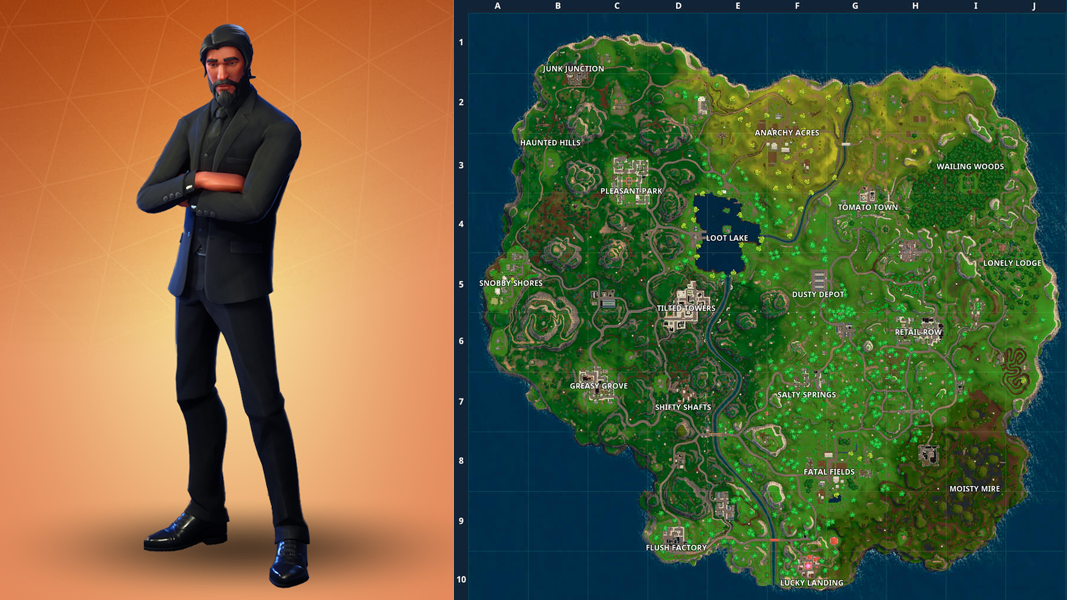 The Reaper skin, along with the Season 3 Fortnite map.
[ad name=”article3″]

It is not just Fortnite that’s changed, as Ninja’s channel has changed considerably too, going from the username ‘NinjasHyper’ to simply ‘Ninja’.

Also, the backdrop of his old bedroom will be familiar to long-term viewers, but has since been replaced by a custom-made, Red Bull sponsored stream room in the streamer’s new house.

Blevins has also ditched profanity in an effort to be more advertiser-friendly, compared to the fabled ‘Old Ninja’, who would cuss regularly whilst playing.

Just as the independent concurrent viewer record for Twitch has not yet been topped, nor has the incredible growth Ninja experienced in March 2018. According to social media monitoring site SocialBlade, Ninja’s Twitch channel gained over 2.3 million new followers in the month of March, compared to the 460,000 new followers he gained in January 2019.

Whilst his growth is still very impressive, it just goes to show what an incredible event streaming with Drake was, and what a year 2018 was for both Ninja and Fortnite. What was your favourite Fortnite moment of 2018?