Is Twitter down in Europe? Everything we know so far - Dexerto
Entertainment

Is Twitter down in Europe? Everything we know so far

Disgruntled Twitter users across the United Kingdom and Spain are sounding off that Twitter is down, with many resorting to VPNs in order to post and interact with others online.

At approximately 4:50 PM PST, users reported an outage for the social media platform, with Down Detector showing an outage across the region marked in red. 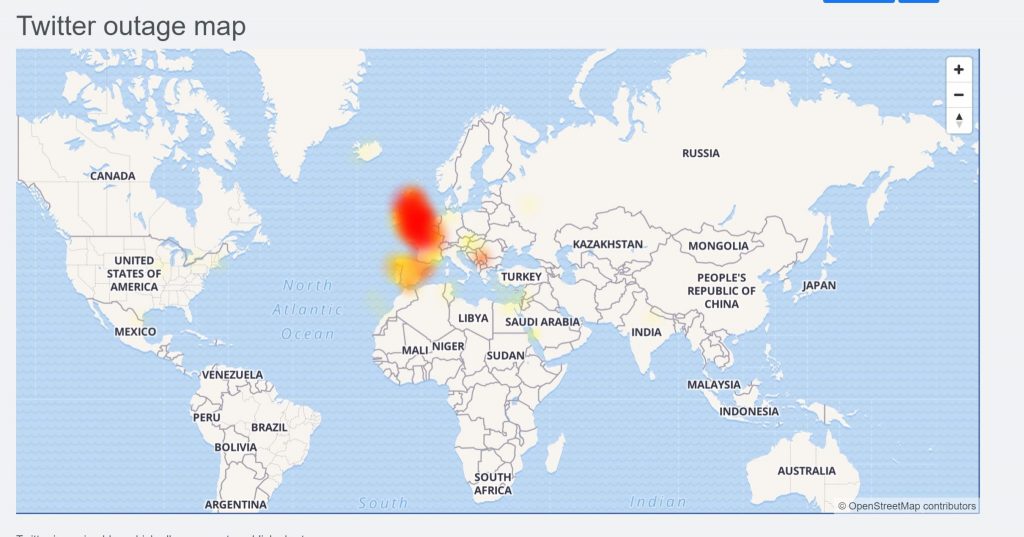 Others complained that their feeds were completely blank, with some able to post but unable to read the Tweets from those they follow.

twitter went down here in the uk for a few minutes and i literally did not know what to do with my life. what have i become…

she isn't twitter is down rn in the UK ?

Did Twitter just go down for the UK?? What was that???

The outage seems to have spread across Europe into countries like Spain, with some residents reporting that the site was down for them, as well.

That’s not all: some say the outage lasted for around a ten minute period, coming back online for users after that time had passed.

UK twitter including mine went down for a few minutes, and for a short while….everything was perfect

While no official statement has been made yet in regard to the cause of the outage, the site definitely experienced a hiccup across the pond that sent the Twitterverse into a tizzy.