Update: Twitch Support has now confirmed they are investigating the issue.

And he wasn’t the only one, as more streamers also complained about a lack of functionality. 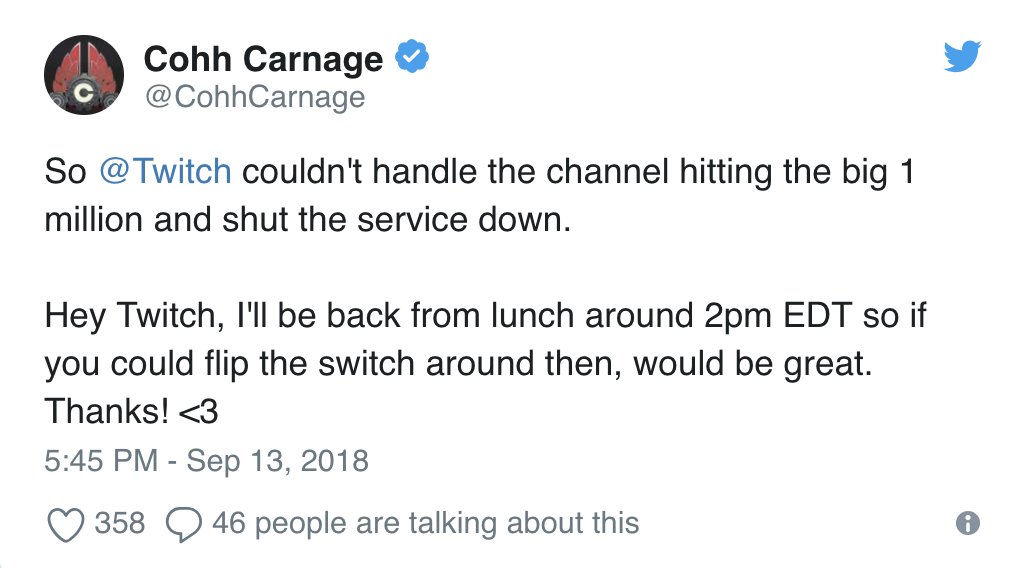 The ongoing FACEIT CS:GO Major in London had almost 300,000 viewers at the time of the crash, but it is still possible to watch the Major via the FACEIT website. 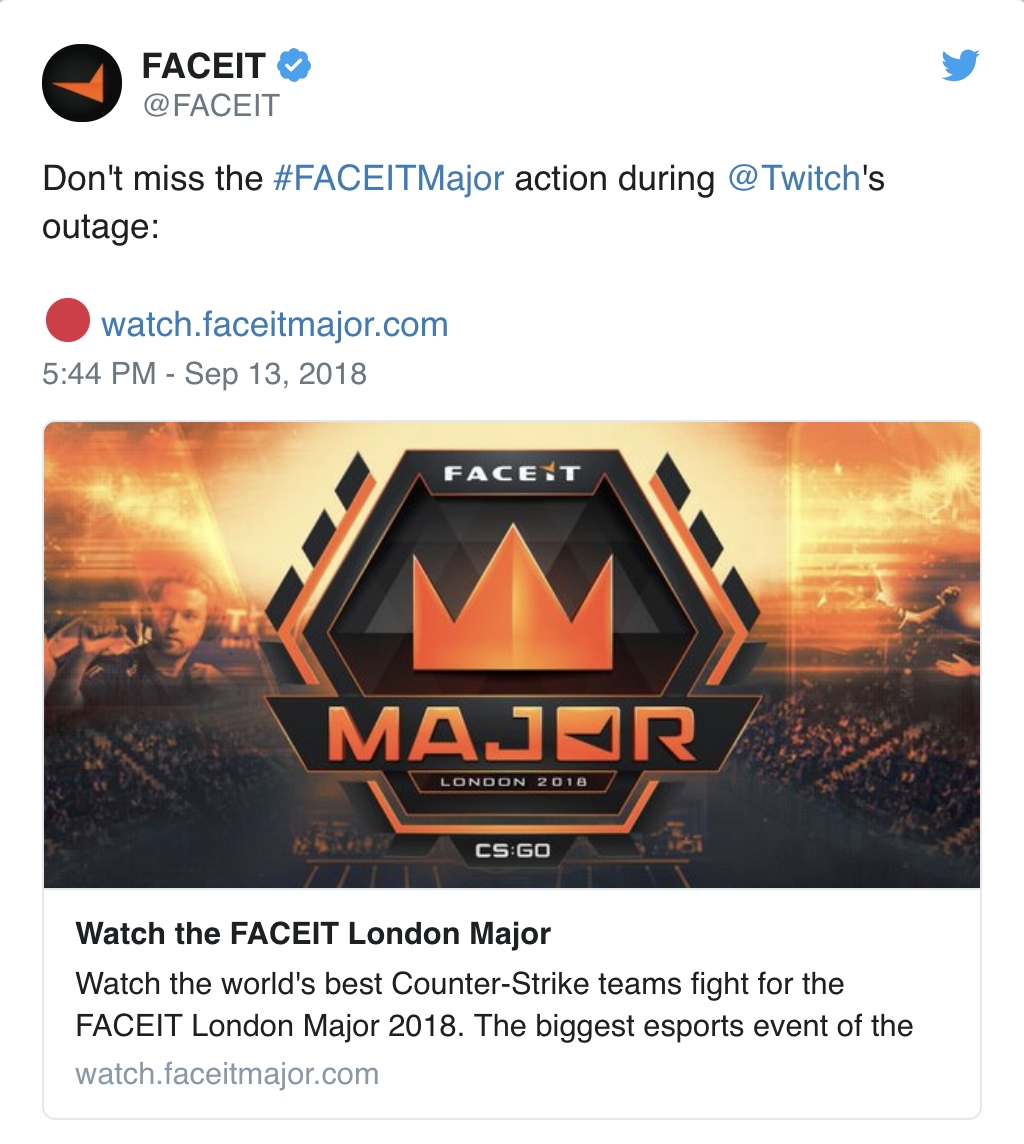 Twitch Support has now confirmed that they are investigating site wide issues.

This is a developing story, we will keep you updated as more information becomes available.