Popular streamers and food truck runners “GrubTruckers” were interrupted during their shift by a drunken customer who got a bit physical after being denied a free ride home.

The GrubTruckers, known for their gourmet Mac n’ Cheese, were in the middle of a shift during a December 18 live-stream when a drunken stranger walked up to their food truck asking for a ride home.

Unfortunately for him, the staff on duty clarified that they couldn’t give him a lift, as they had yet to close up shop — an answer that the customer didn’t seem to take very well. 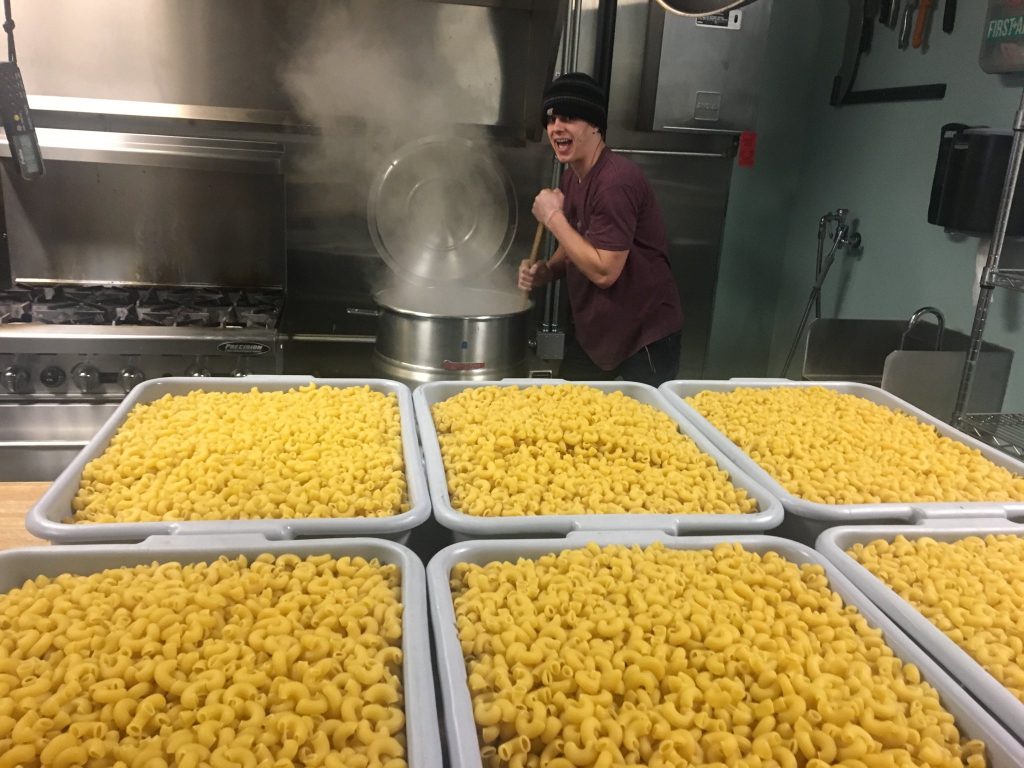 The GrubTruckers are more than foodies – they also live stream during their shifts, capturing some unique moments in the process.

“We’re not allowed to close for another hour,” one staff member said.

After a short conversation regarding the frat he was in, the customer left to loiter by a storefront, after which he threw his phone down on the concrete with a guttural, “God damn it!”

Angered by the fact that staff couldn’t offer him a ride, the man sauntered up to the truck’s window to give them a piece of his mind.

“You did,” a staff member replied. “You asked for a ride. But we can’t leave.”

The customer angrily tipped a container of forks into the truck window at this, flinging in a few other objects that appeared to shatter inside the vehicle.

Despite the danger of the situation, the window runner kept his cool. “I’m gonna ask you to leave politely one last time,” he said to the customer, who was promptly shoved aside by his friend as the situation escalated.

This didn’t stop his outrage, though, and he threw another object toward the side of the truck, shouting, “Have fun working at the Grub Truck, you f***ing loser!”

The man was later escorted off the premises by his friend, leaving behind a shot glass that he’d lobbed inside the window — a hilarious turn of events that gave staff a good laugh.

This isn’t the first time the GrubTruck has experienced such drama, by far. In fact, a fight broke out in front of their business just a month prior, when a bystander sucker-punched another stranger after what appeared to be a heated argument.

Thanks to the many cameras on their vehicle, the GrubTruck will always have damning footage as proof, should another drunken patron decide to get physical during one of their late-night runs.