Popular Indian YouTuber Saimandar ‘Saiman Says’ Waghdhare has bizarrely gone on a “pilgrimage” to the UK in order to find Felix ‘PewDiePie’ Kjellberg, appealing to the Swede to come and meet him.

On April 21, Saiman uploaded a video to his YouTube channel entitled ‘PewDiePie, I’M COMING FOR YOU!!! (meet me pls)’, in which he shows that he has traveled to Southwick on the south coast of England in order to meet PewDiePie, who lives in neighbouring Brighton.

The YouTuber, who has over 200,000 subscribers, explains that he used to watch ‘Bitch Lasagna’, PewDiePie’s diss-track aimed at rival YouTube channel T-Series, 399 times a day, but now he cannot watch it after it was banned in India. 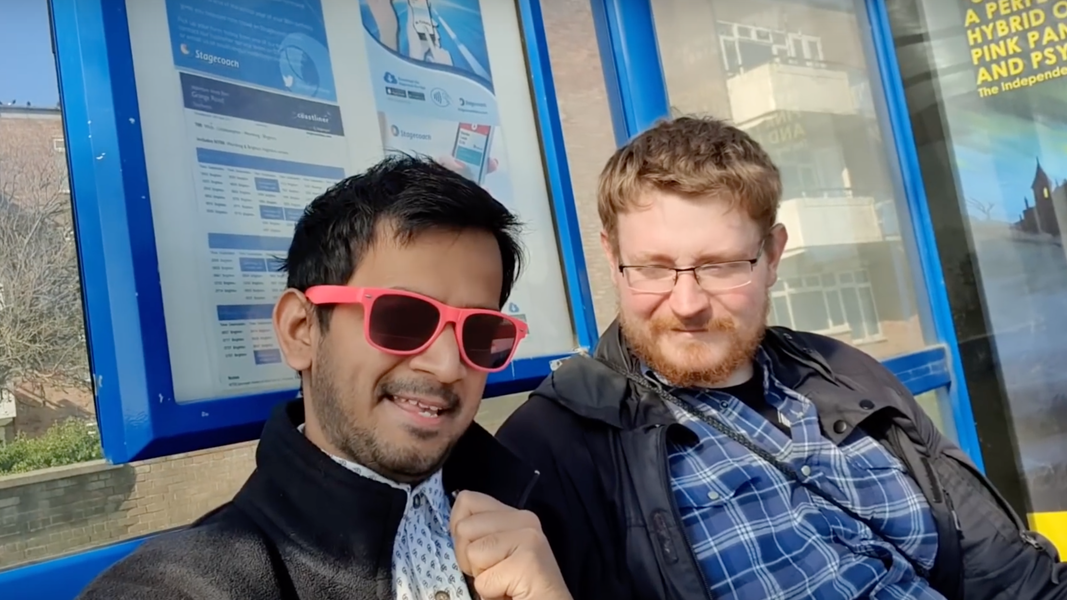 The YouTuber also interviewed Brighton residents, asking them if they knew of PewDiePie and Saiman Says.
[ad name=”article2″]

T-Series, giant bollywood label, have been embroiled in a YouTube subscriber battle with PewDiePie for the past few months, and took it upon themselves to push for the banning of his diss-track in India, in efforts to combat the growth it brought the Swedish YouTuber.

Now though, an apparent superfan from India has traveled all the way from India to the UK – roughly a 10 hour flight – in order to meet his YouTube hero.

In the video, Saiman is upset at being replaced by the ‘blue shirt kid’, and shows off the Indian snacks he brought for PewDiePie to try. He also renames Southwick’s beach as ‘Beach Lasagna’, before he ventures into Brighton for some more exploring.

At the time of writing, PewDiePie has not officially responded to news of Saiman’s arrival in England, but it’s hard to believe he’ll deny him the opportunity to meet him given the extent of his travels.

Off the back of Saiman’s efforts, the hashtag #PewdsMeetSaiman has been launched on Twitter, with many of Saiman’s fans tweeting to get the Swede’s attention.