How to watch The Weeknd’s augmented-reality concert on TikTok

Despite potentially being banned in the US, TikTok will be hosting a live concert from the Weeknd on Friday called ‘The Weeknd Experience’ – and it comes with a twist.

Grammy award-winning singer The Weeknd will be performing singles from his latest album “After Hours” exclusively on the short-video app in augmented reality. TikTok says the stream will also be “A virtual interactive experience.”

The event is in partnership with XO republic records and virtual concert startup Wave, which is backed by Scooter Braun. The startup has previously hosted virtual performances by artists including John Legend and Lindsay Sterling.

This is not the first augmented reality performance to be held exclusively by a platform online. Travis Scott’s ‘Astronomical’ event on Fortnite was viewed by more than 12 million people in April, while Marshmello’s Fortnite performance in February 2019 was watched by 10 million. Minecraft also held an immersive virtual festival called Block by Blockwest in May.

TikTok says this will be its first-ever AR experience using 3D renderings and picture-in-picture video. Like with normal TikTok live streams, viewers will be able to interact with the broadcast in real-time.

then we've got just the thing: a virtual interactive experience with @theweeknd.

The Weeknd’s first single from his latest album “Blinding Lights” grew massively within the app, with almost 2 million videos using the track. The tag #blindinglights has 3.2 billion views, and #blindinglightschallenge has more than 400 million views, with everyone trying out one particular dance to the chorus.

How to tune in

You can view the concert by following the official @TikTok account on the app and opening the page to watch on Friday, August 7th at 8:30 pm eastern time, 5:30 pm pacific time. 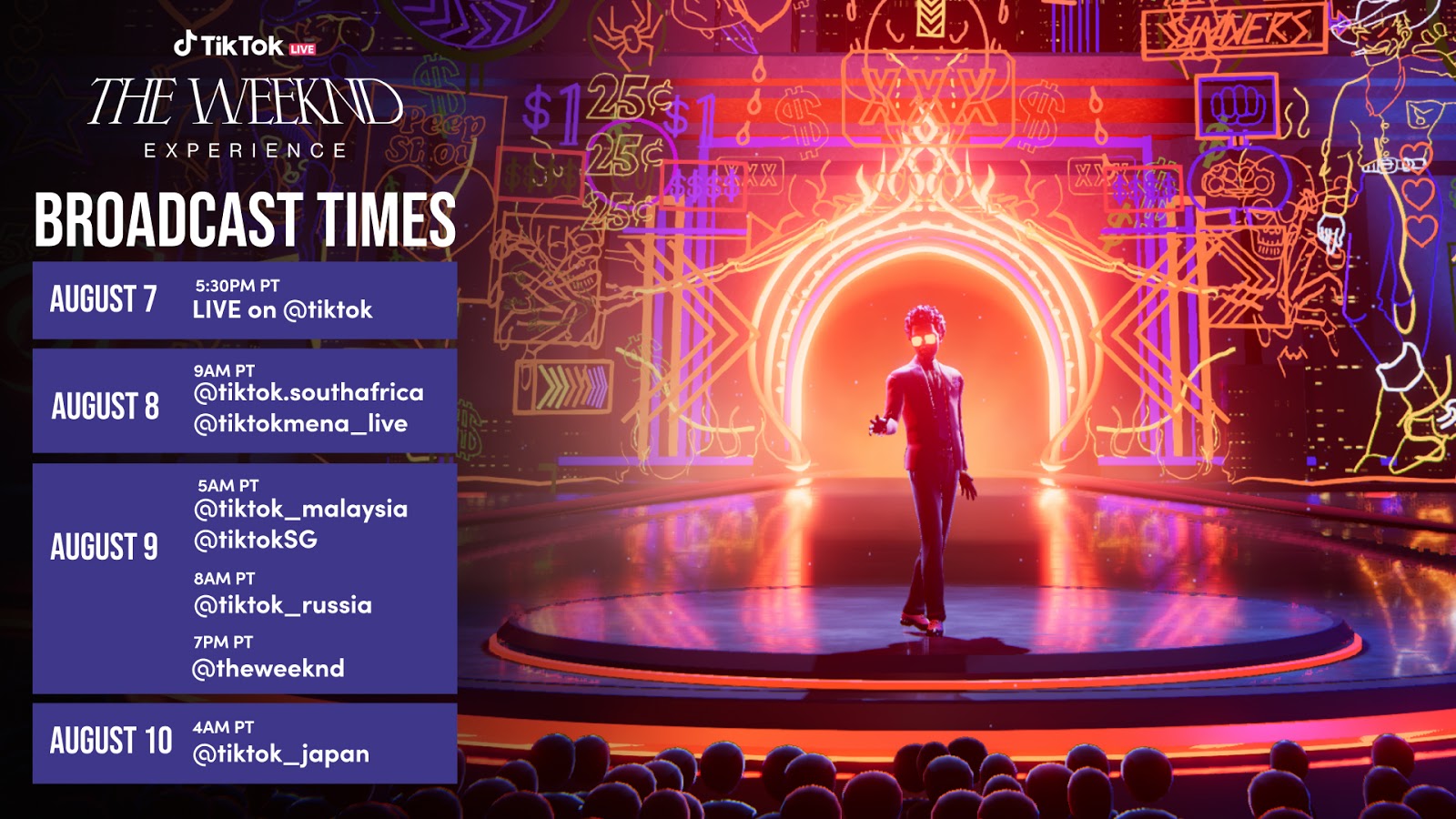 For those in the UK, that’ll be 1:30 in the morning, if you’re willing to stay up until the early hours. If you’re not, don’t worry, there are plenty of future showings scheduled.

You can also RSVP for the concert here.