With Epic Games and Twitch both having long-standing partnerships with the NFL, what better way to add to the Super Bowl LIV festivities than with a massive Fortnite tournament featuring the platform’s most popular streamers paired up with some of football’s biggest stars.

The Streamer Bowl took place on January 30, just a few days before the highly-anticipated big game, and handed out $500,000 in total prize money that will go to the participants’ charities of choice.

Below, you can find everything there is to know about this competition, including the competition’s final standings, list of teams, the format, and more.

The victorious duo of Conrod and Cohen took out the $125,000 top prize after a nailbiting finish between Misfits teammates Clix and Kyle ‘Bugha’ Giersdorf. Clix’s last-second kill on his fellow Fortnite pro clinched first place with a hefty 69 points.

Turner ‘Tfue’ Tenney and Kyler Murray brought up second place with 46 points, with their 16 eliminations propping them up despite a more mixed 7.25 average placement. Aydan and Kurt Benkert rounded out the top three with 40 points.

Tfue was named the tournament’s MVP.

As expected for a grand event like this, there are a lot of big names that are competing at this year’s Streamer Bowl, both from Twitch and the NFL.

The streamer side is headlined with some huge names like Tfue, NICKMERCS, TimTheTatman, and Aydan, while representing the NFL are star players Mike Evans, Baker Mayfield, Keenan Allen, Jamal Adams and more. 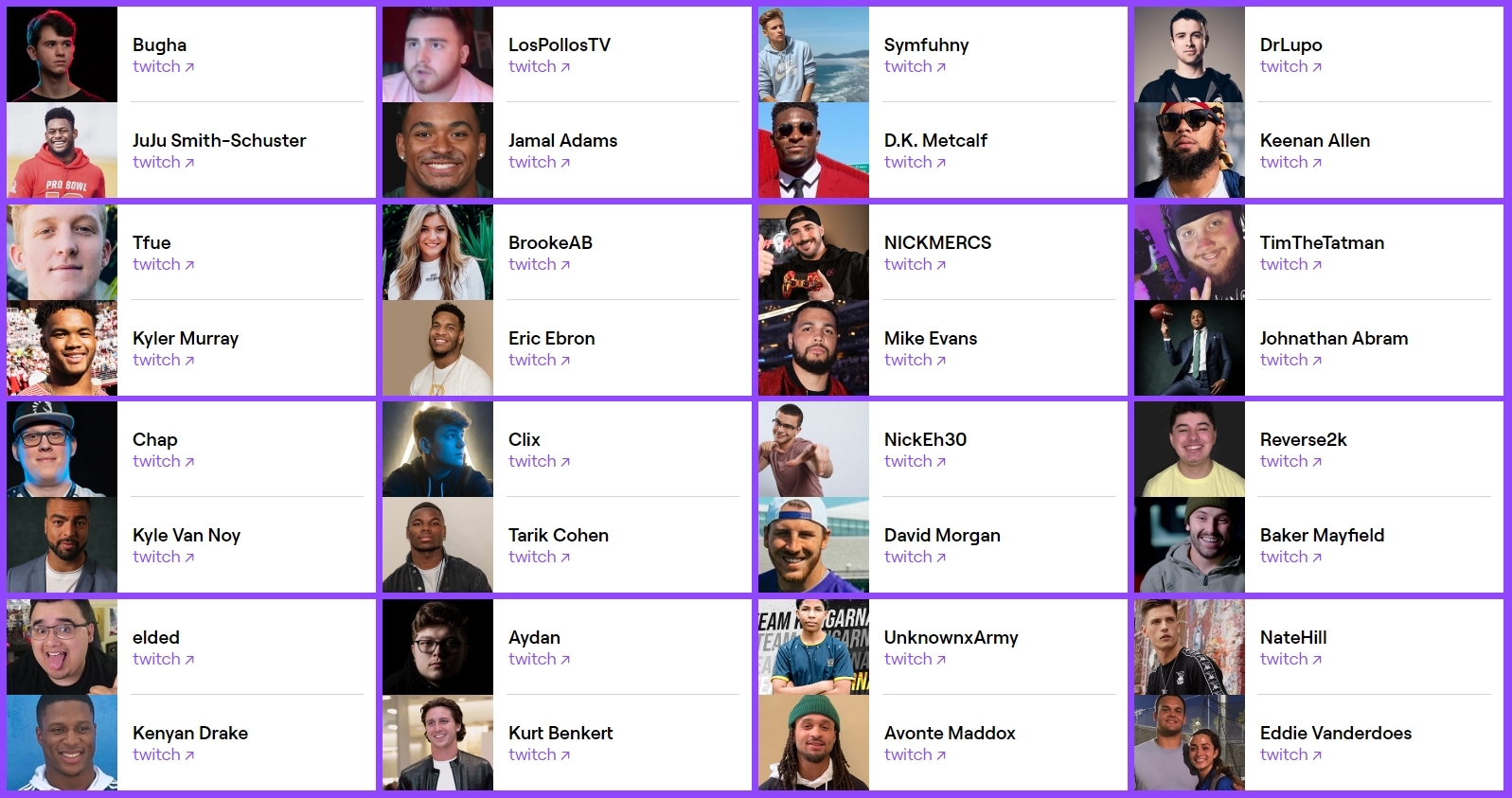 The 16 duos will play four matches overall with each team assigned a point-of-interest where they must land at the start of each game.

The scoring system will be based on both placements and eliminations; Victory Royales will be worth three points, finishing in the top-three worth two points, top-twelve a single point and each kill two points.

Here’s a full breakdown of the format, rules, and scoring, as provided by Twitch Rivals:

In addition to the $500,000 in charity money that will be awarded in this competition, there’s also $80,000 in gifted subscriptions on the line, although Twitch has not revealed how that will be divided between the teams.