Thing did not go as planned when Twitch streamer Sebastian ‘Forsen’ Hans Eli Fors tried to have a team strategy talk with his viewers during a game of Atlas.

The new massive multiplayer online survival game offers players the chance to assemble teams and complete quests and tasks with large groups of people, which Forsen tried to with his viewers while live-streaming.

“Gather around in a circle, going to have a little strategy talk here,” he began saying. However, not long after he said that, one of the players used the in-game speech feature to blast a Ugandan audio clip that started with “Action is coming! Action is coming!”

Things began to fall apart shortly after that as chaos erupted among all of the players in the vicinity. Almost immediately, the players beat down and eliminated a dwarf character that was closest to Forsen and then proceeded to attack each other.

Forsen could not do much more than just sit there and watch his team implode into vicious mayhem, knowing there was nothing he could do to stop it.

Admittedly, from a side perspective, the entire sequence is rather hilarious, especially since it started with a literal warning with the “Action is coming!” announcement.

It’s equally funny watching Forsen just stare at his teammates attacking each other, eventually succumbing to the humor of the situation and begin laughing himself.

As for the chat, as expected, the viewers began spamming emotes and messages laughing at Forsen and his team, with one sarcastically remarking “Nice army you got there!” 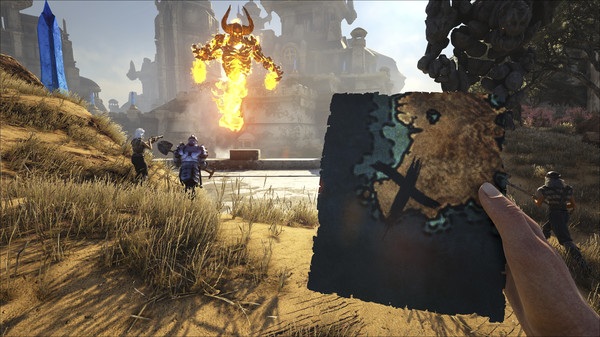 Atlas is the newest MMO in the gaming sphere, and it has certainly gotten mixed reviews in the few days since its release.

Forsen has been seen playing a lot of Atlas since the game’s full release on December 22. While he seems to be enjoying the new MMO, it has gotten relatively mixed reviews from a lot of players, especially after a hidden menu was discovered that was taken straight from the Ark: Survival Evolved game.

However, while the game certainly does have its flaws, it still allows 40,000+ players to simultaneously load into the same world, which opens the door for crazy adventures and hilarious moments like the one above.