Fortnite: Battle Royale has changed the landscape of gaming entertainment since its release in 2017.

With its popularity growing on what seems like a daily basis, Fortnite: Battle Royale is now recognized worldwide as one of the most played games across a variety of platforms and consoles.

The game has been a major factor in propelling certain creators to the top of the charts over the course of recent months, due to its ability to create a collection of entertaining, lighthearted moments, along with stiff competition.

Fortnite can typically be found as the most-viewed game on the Twitch live streaming platform at any one time, and has a heavy presence across YouTube and other social media websites in terms of pre-recorded video content.

Even after months of being at the top of the gaming world, the Battle Royale title shows no signs of slowing down after a report by The Esports Observer for the ‘Top 10 Most-Watched Twitch Streamers of the Week’ between July 9 and July 15 consisted of mainly Fortnite personalities.

Tyler ‘Ninja’ Blevins sat atop the list with 3.8 million total hours watched, which is more than double the next-most-watched personalities of TSM Myth, Shroud, and NICKMERCS, each with 1.7 million hours 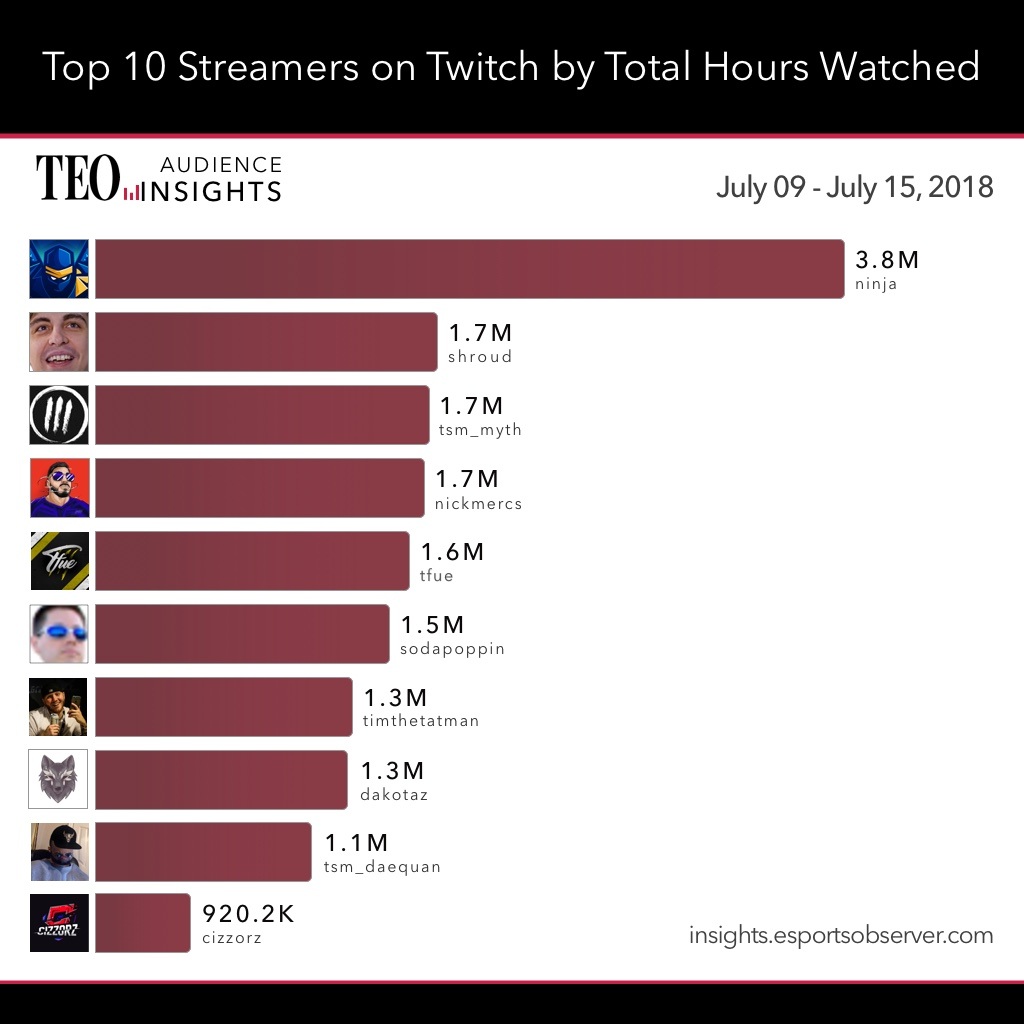 The massive numbers most likely have a connection to the Fortnite ‘Summer Skirmish,’ a weekly tournament series hosted by Epic Games with a prize pool of $250,000, on Saturday, July 15, however, the event did end up getting cut short due to technical issues.

With Epic Games in the driver’s seat and streamers putting out more quality content than ever before, there is no telling how large Fortnite can grow in the future.