The Eminem vs MGK beef took a step further at a Fall out Boy concert on September 15, during which Kelly posted an Instagram photo flipping off the camera with the crowd behind him.

In the photo, Kelly wore a shirt featuring the logo from Eminem’s diss track Killshot, which was a clapback to Kelly’s response to Eminem from a previous track, Rap Devil.

While the crowd flipped off the camera behind him, it appears that they weren’t totally aware of the situation. Before posing for the photo, MGK was seen wearing a jacket, which he removed just before the picture was taken. 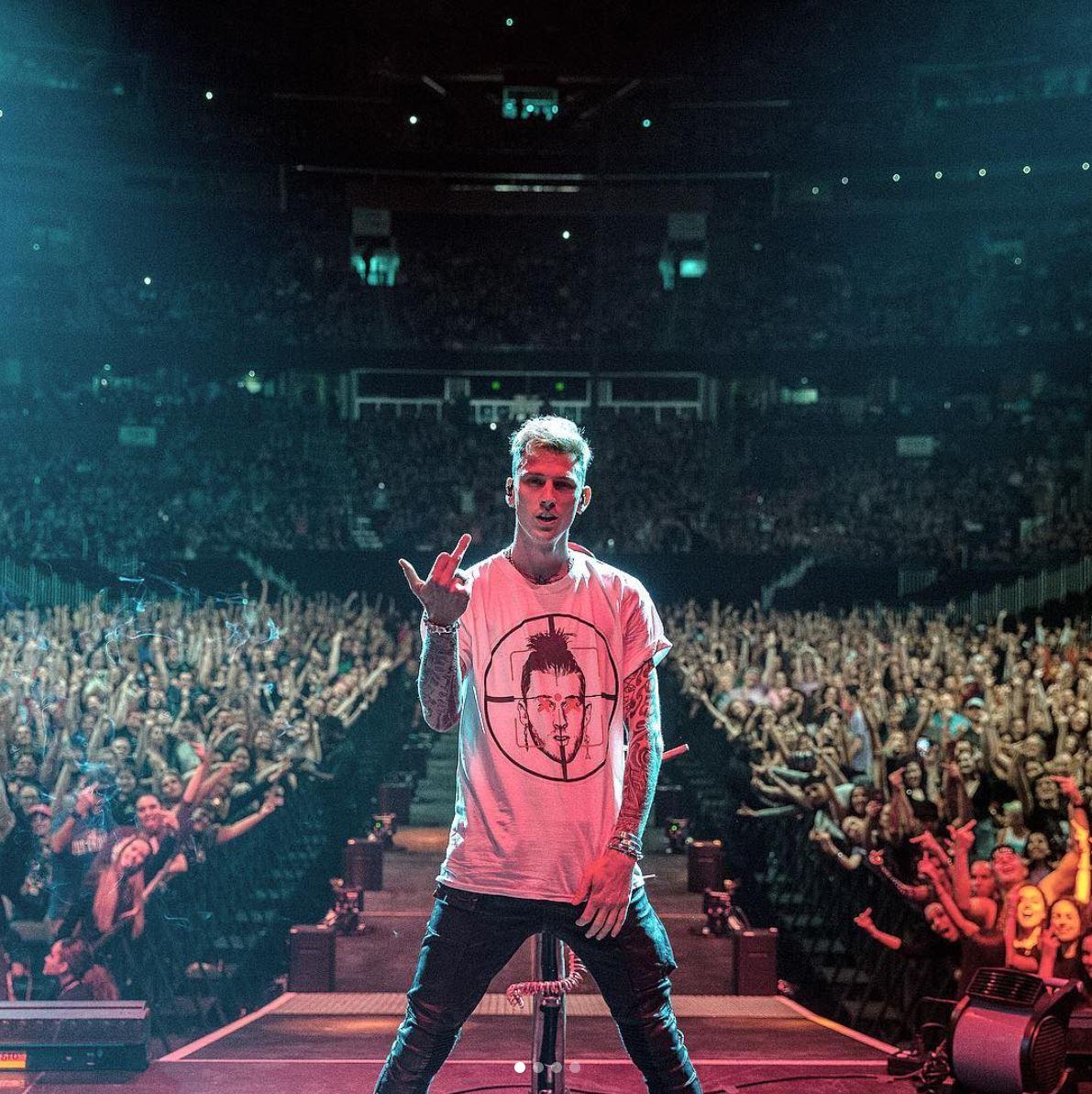 The atmosphere changed when he turned back around to face the crowd. A video taken during the debacle revealed that fans weren’t pleased with this turn of events, and booed him throughout his guest performance of Rap Devil.

While there were a few cheers mixed in with the negativity, it appears that the crowd didn’t approve of his publicity stunt.

However, reports have since surfaced that the entire video could have been faked. Another video recorded during the concert at the same instance tells a different story, with no boos to be heard.

DJ Akademiks shared what appears to be the ‘original’ footage from the event, which features no overwhelming crowd noise at all. According to the DJ’s instagram video, ‘delusional’ Eminem fans doctored the previous footage, then sent it out to various media outlets and posted it to social media in order to smear MGK in light of his beef with Eminem.

Whether the footage is truly faked or not remains to be seen – but it certainly adds more fuel to the fire between the two artists.