The August 12 episode of YouTube star Tana Mongeau‘s hit MTV show ‘Tana Turns 21’ might have revealed that the ‘fight’ that occurred during her wedding to Jake Paul was actually staged.

Tana and Jake got married on July 28 in a lavish ceremony in Las Vegas, Nevada, just a month after the Team 10 owner proposed to the YouTube starlet on June 24 during her 21st birthday celebrations.

During the wedding, a fight broke out after someone threw a drink over the couple just as they were about to exchange their first kiss as husband and wife. On August 12, episode six of Tana’s MTV show might have revealed that the brawl was actually staged.

Tana insists she’s not lying about anything

Earlier in the episode, Tana was preparing for VidCon 2019 with her long-time manager Jordan Worona, and he asked her potential questions that could have come up during the event.

While the first set of questions were about TanaCon, they soon shifted to her whirlwind romance with then-fiance Jake Paul. “A lot of people think you’re lying about your relationship with Jake. How do you think that makes your fans feel?” Worona asked.

“Obviously we’re playing into the clout factor,” the YouTube starlet admitted. “But like, true fans know that we’re not lying about anything.” 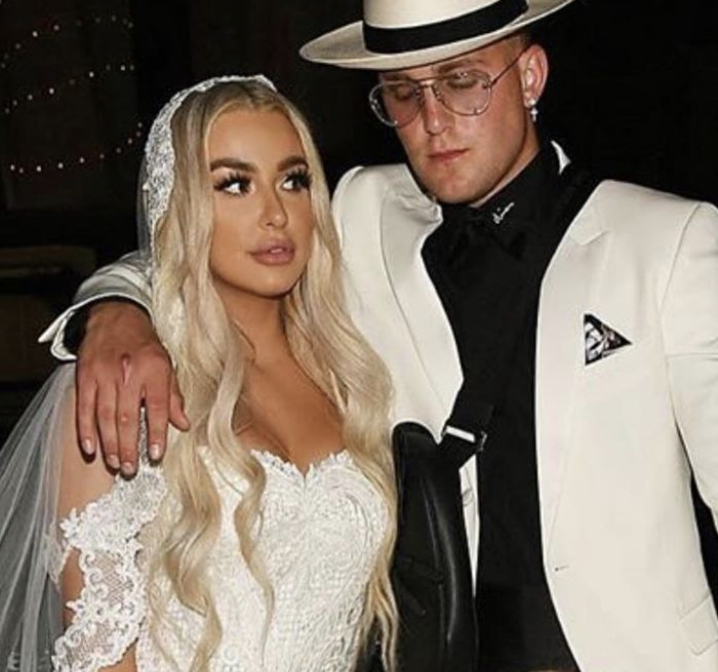 Tana is adamant that the pair aren’t lying.
600[ad name=”article3″]

The fight could have been staged

While episode six of ‘Tana Turns 21’ wasn’t about the wedding, the preview for seven might have hinted at the possibility of the fight at event being staged.

The look at the next chapter of the show shows the YouTube star as she gets ready for her big day with makeup, hair and nail makeovers, before it moves on to the actual ceremony itself.

“Yo, I heard there might be a fake fight, by the way,” a voiceover says – is this confirmation that the fight was staged?

Hopefully episode seven of the MTV YouTube show will clear up the speculation once and for all.