Former Call of Duty professional Doug ‘Censor’ Martin has revealed the hilariously ‘cringey’ love letter he wrote to his new girlfriend, which she says was sent after just one date.

Censor is always one to speak his mind, as well as revealing fairly personal things to his fan base via his YouTube channel. He recently produced an exposé on the infamous CoDBurner, and revealed his new girlfriend to his some 2.5 million subscribers.

Since his well publicized break up with the “world’s sexiest weather girl”, Yanet Garcia, many have been waiting for an announcement regarding his new love interest. This came on July 22 and as he reveals more information about their relationship, a bizarre (and somewhat romantic) love letter has emerged, apparently written after just one date.

I wrote my girlfriend Marilyn a letter over 6 YEARS ago and she kept it this whole time. She just read it for the first time on camera. I'm CRINGING :persevered:

On July 23, Censor and his new girlfriend, Marilyn, sat down and gave a little bit more history regarding their relationship, explaining that, while they only started officially dating in November of 2018, they have actually known each other for over six years.

Doug explains that they originally met when he worked at a gym that Marilyn attended, and when he finally plucked up the courage to ask her on a date, they were on and off for a while before things broke down due to college.

However, this was not before Censor penned a soppy love letter to Marilyn, which she read aloud during the video.

Timestamp at 7:40 for mobile users.

As Marilyn reads the letter, the former Call of Duty star can be seen cringing, as if he cannot believe the letter he once wrote. Even more strange, is that Marilyn states that the letter was written just after the pair’s first date.

The full letter is shown in the video and, while people will certainly find it cringey (Censor included), it’s clear the extent to which he cares about Marilyn. 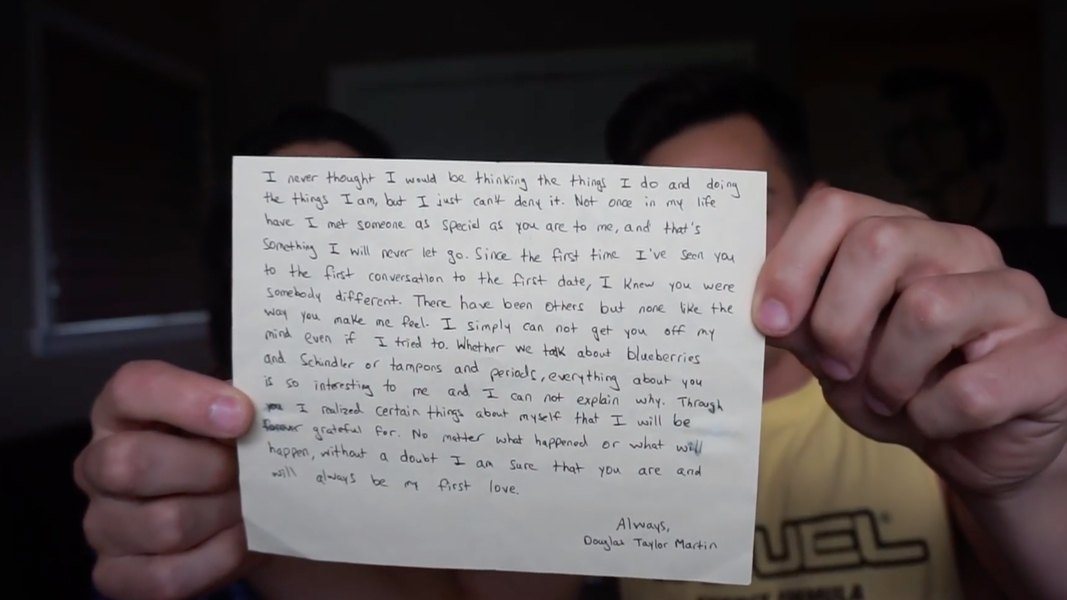 She also reveals that smudges on the letter are from her first time reading it, when it brought her to tears.

Away from the letter, the video sees the pair discuss their relationship in detail, explaining that they both doubt they would have stayed together, had they made it official all those years ago.