FaZe Clan’s Ricky “Banks” Banks gave his followers a scare, after going missing from social media after checking into a hotel in Japan and posting a sequence of Tweets about strange ongoings.

The popular YouTuber first posted on Twitter on August 10 to let fans know about the situation – “in case I go missing or something happens to me. You all need to know the truth.”

Some fans are unconvinced that he is legitimately in danger, but his tweets abruptly stopped and fellow YouTuber KEEMSTAR claims he is unable to get in touch with Banks.

It all started with this sequence of tweets from Banks, sent during the night local time in Japan. 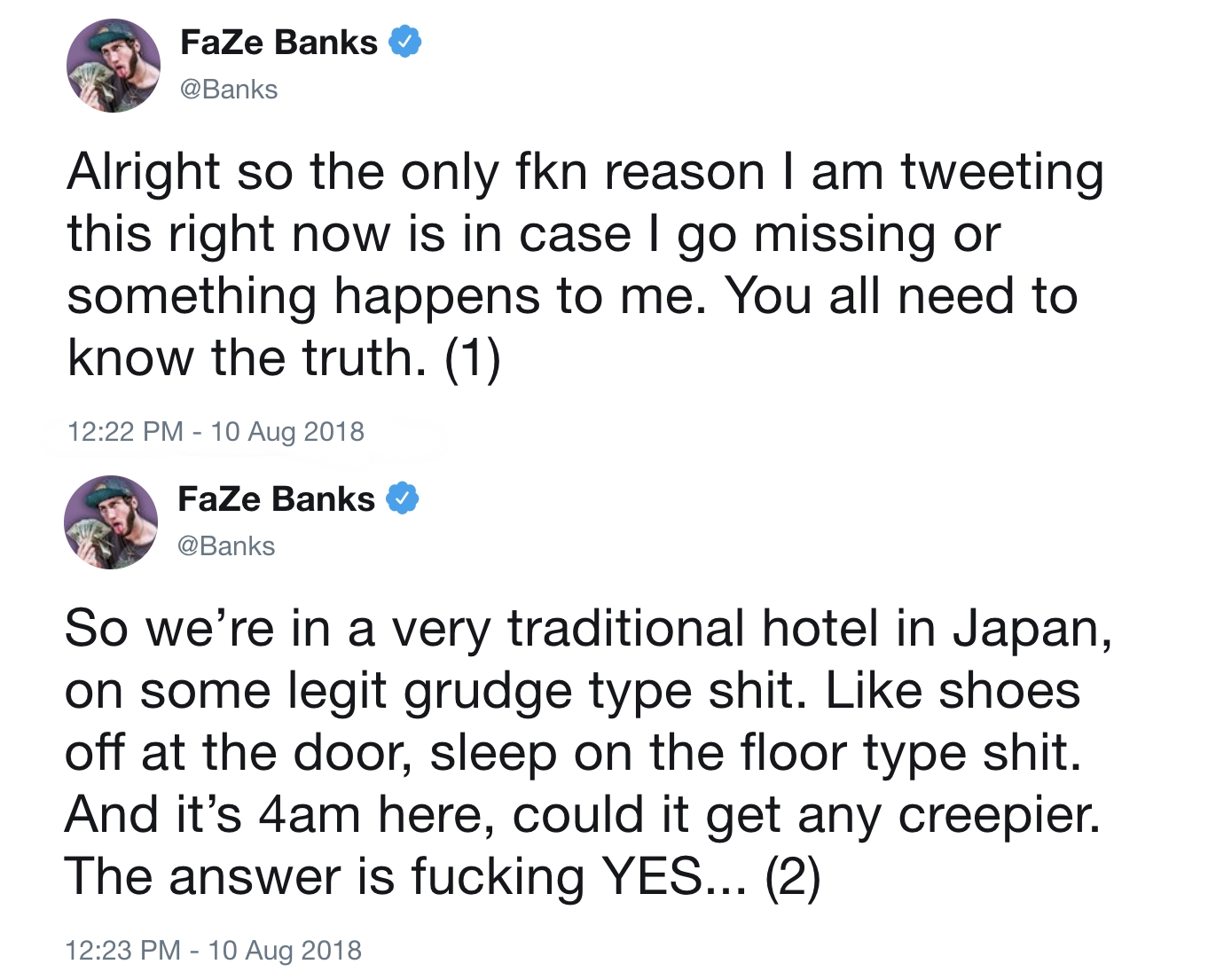 He goes on to say that his SnapChat app started acting strangely, apparently taken control by a mysterious intruder. 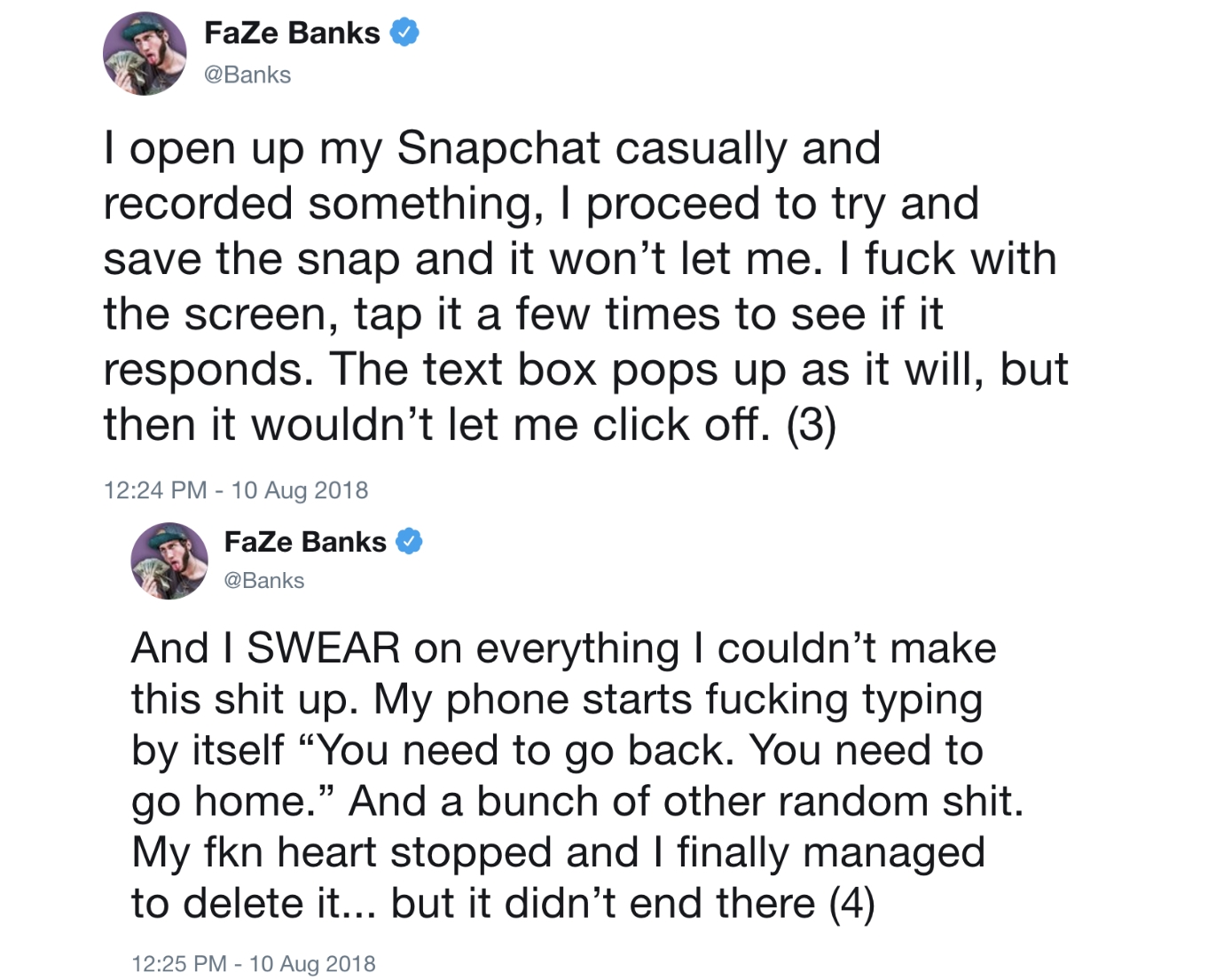 He continues, saying that this is 100% real, despite the story becoming increasingly unrealistic as he went on. 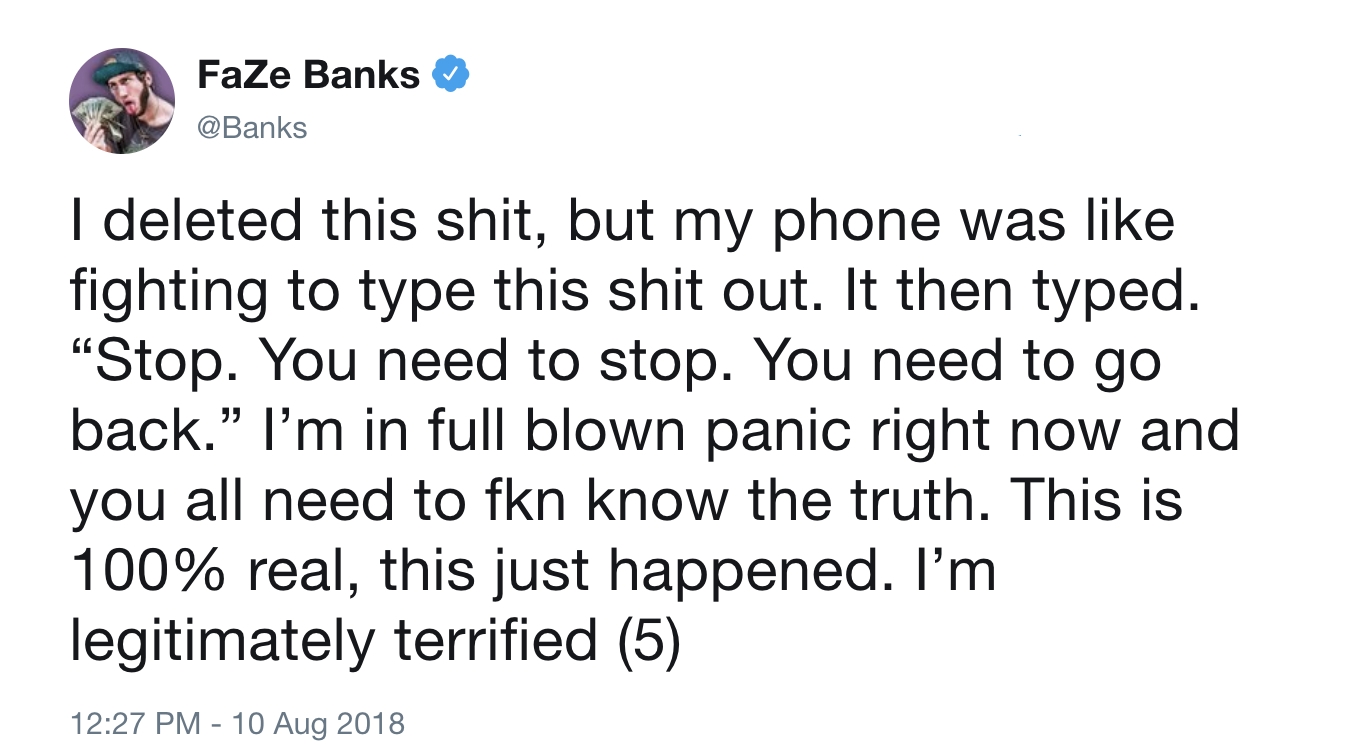 He then seemed to become a bit more light hearted about the situation, posting a picture of the girl from horror film ‘The Ring’. 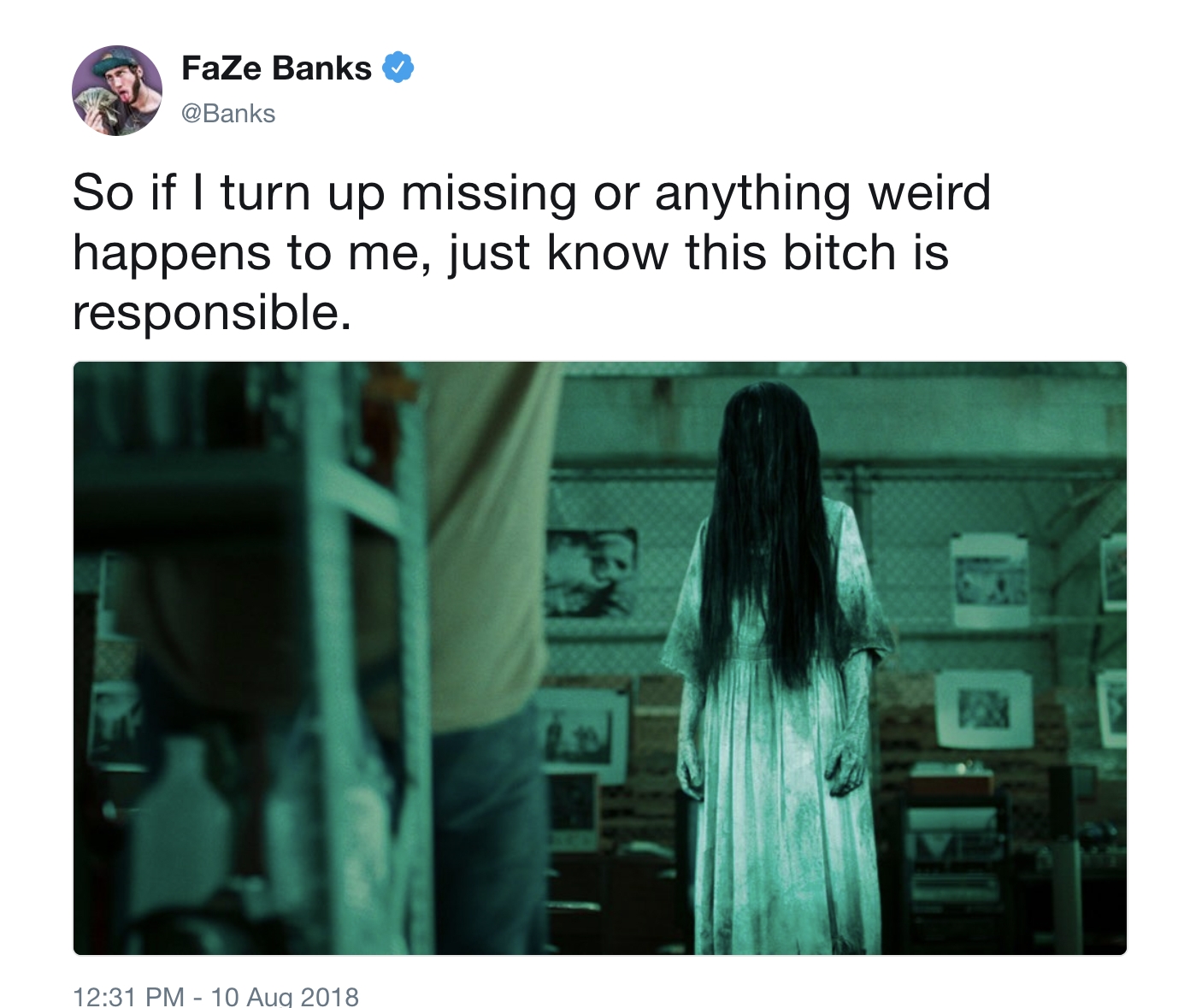 His next tweet was his last, before he returned to Twitter the next day, saying “everything was real.” 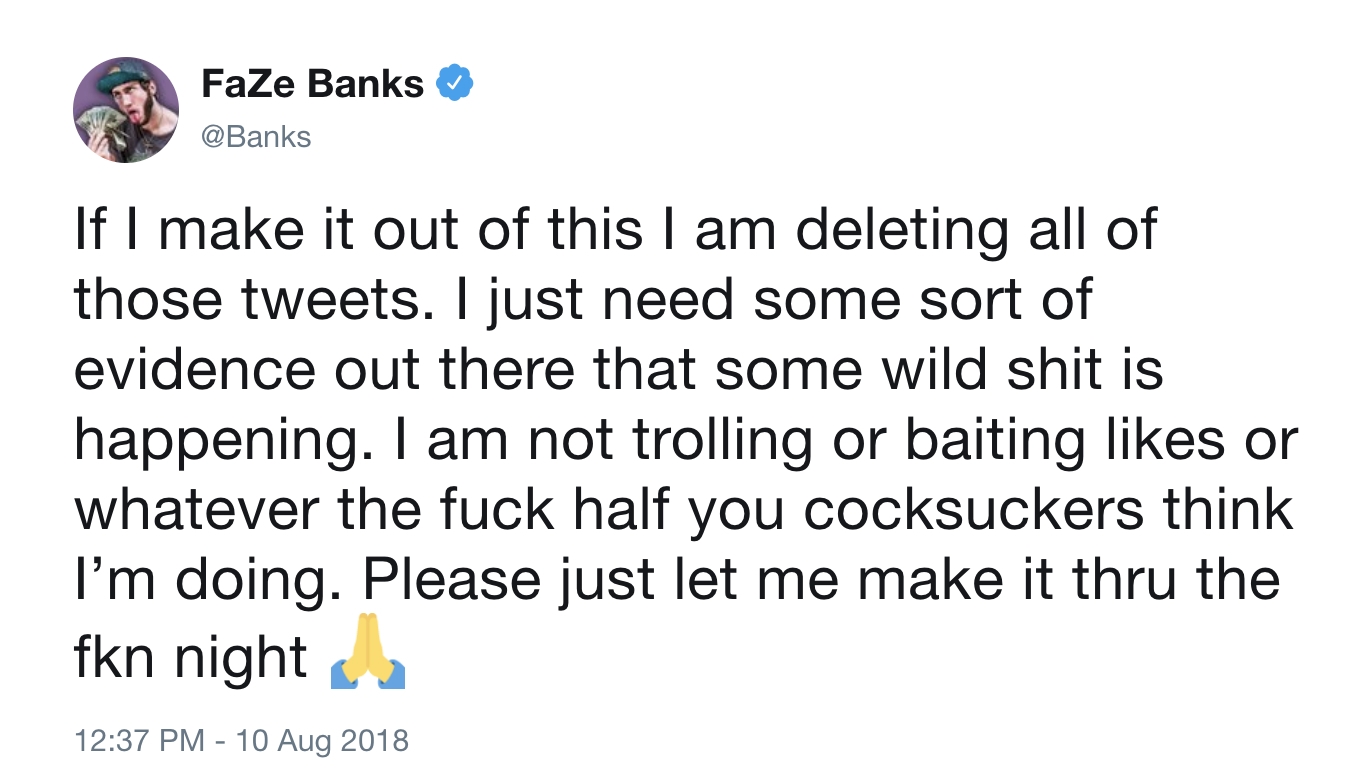 When fans challenged him on Twitter for ‘crying wolf’, Banks reaffirmed that his ordeal was completely unfabricated.

KEEMSTAR, who does the ‘Mom’s Basement’ show with Banks, claims to corroborate his story, saying he had been unable to get in touch with him throughout the ordeal. 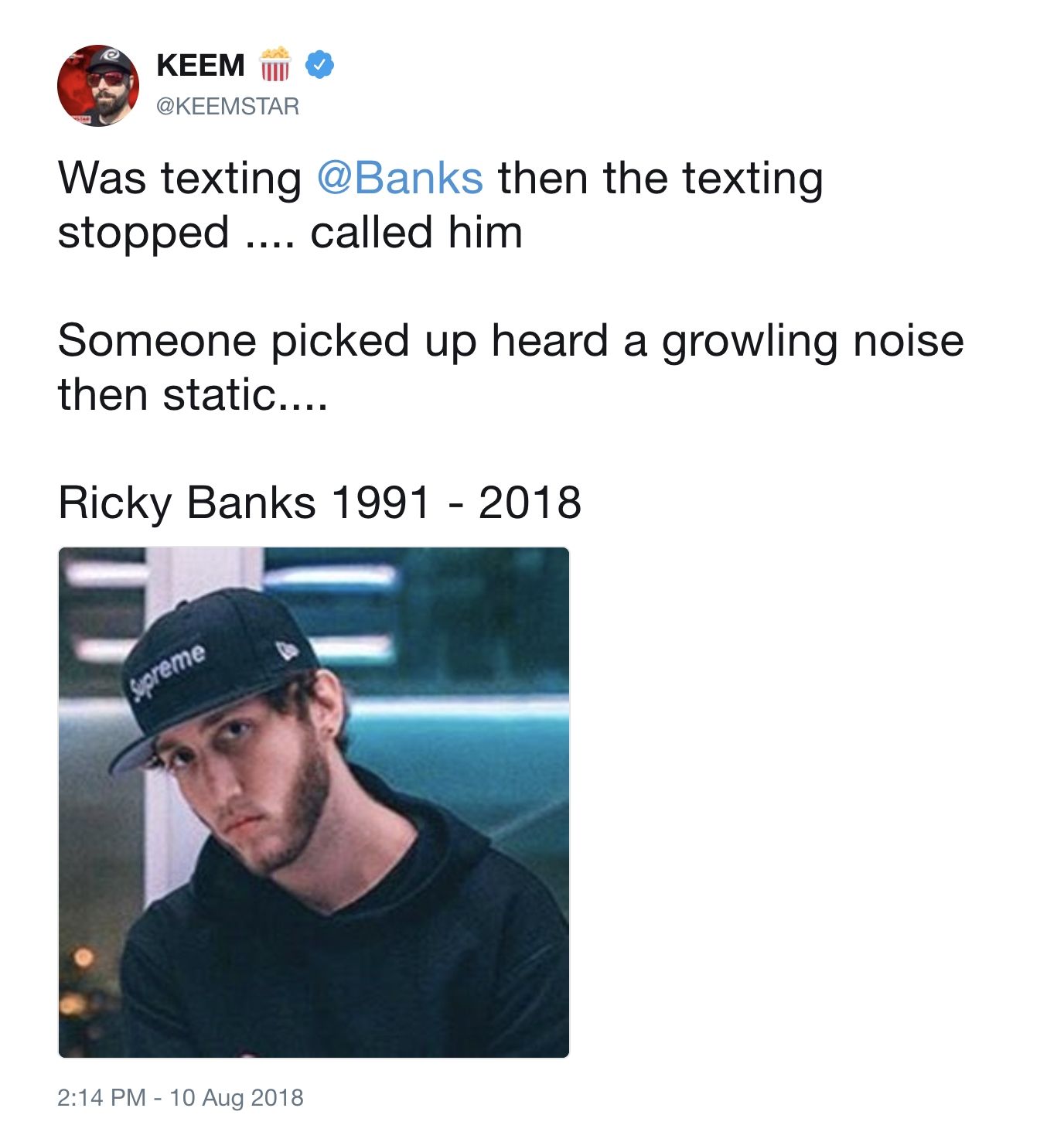 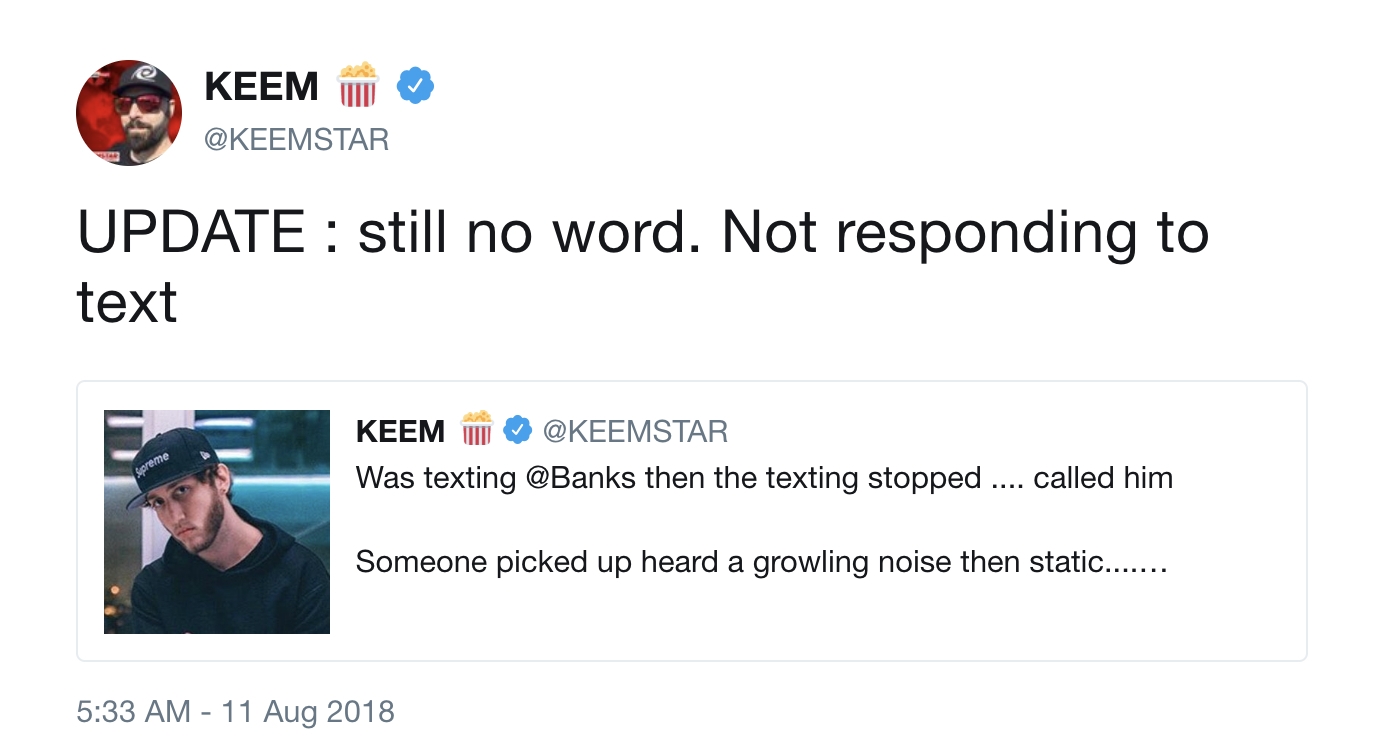 For now, Banks is safe and sound, but is still out in Japan. He is back on Twitter and Snapchat as normal.

Knowing Banks’ dedication to YouTube, he will likely make a vlog documenting his experience in the Japanese Hotel, giving fans some closure on the situation.