A fake tweet of Lady Gaga trashing YouTuber Gabbie Hanna went viral on social media. Users were tricked into thinking the Grammy Award-winning artist had mocked the influencer over her looks.

Lady Gaga is not only one of the top artists in the world with countless number one singles and 11 Grammy wins, she also boasts over 82 million followers on her Twitter account.

On October 10, the singer went viral on the social media platform when she appeared to trash YouTuber Gabbie Hanna with a harsh tweet. Thing is, the post was 100% fake. 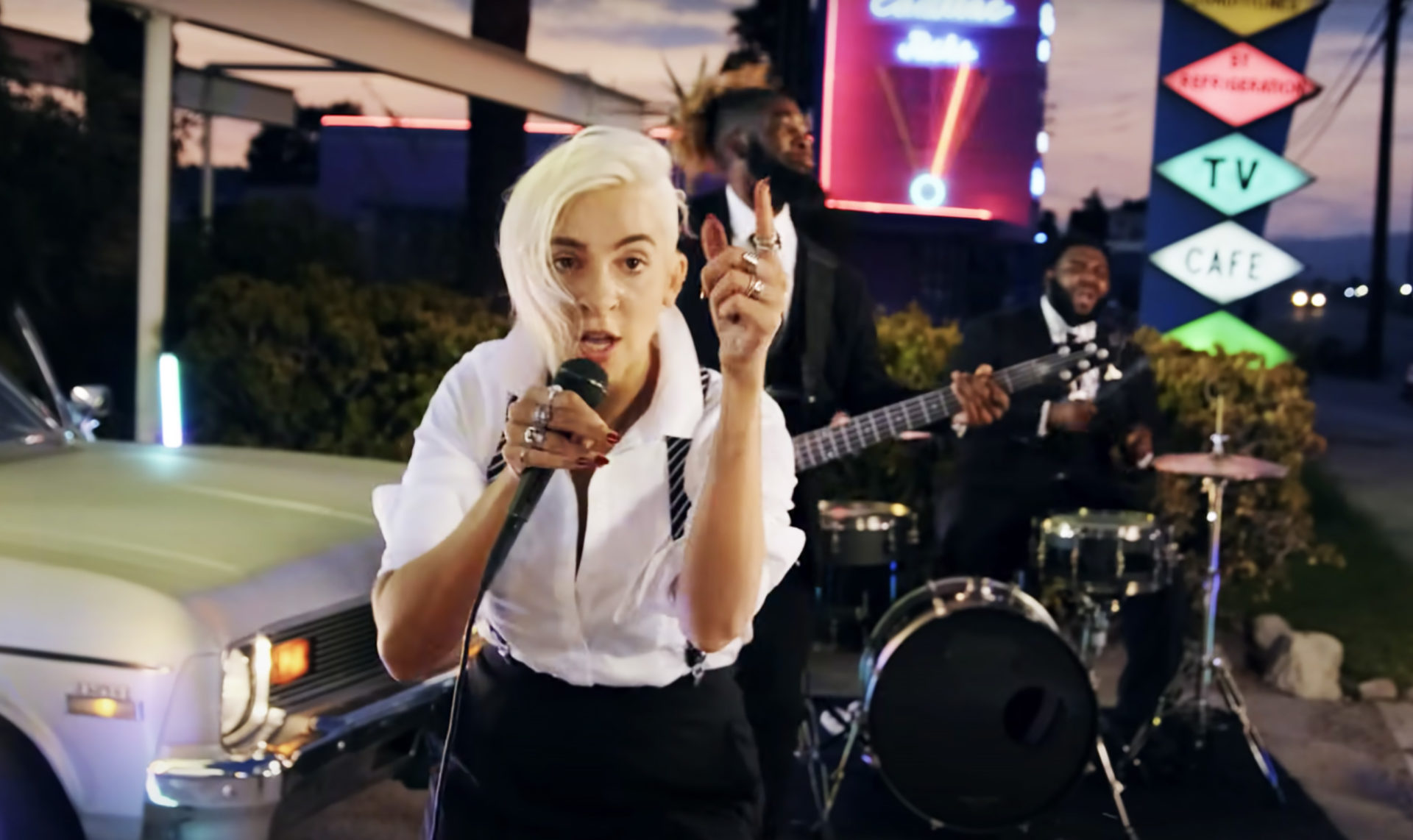 Gabbie Hanna in her latest music video “Call Me Crazy.”

The whole firestorm started on October 10 when Gabbie Hanna tweeted out a side-by-side photo of herself and the pop star. The YouTuber compared her latest look to Gaga, stating, “twinning!! <3”

Not long after, the post exploded on Twitter, attracting both fans and critics. Before being deleted by the influencer, the tweet had received thousands of retweets and replies.

The YouTuber then went viral when a Gaga fan posted a fake tweet of the chart-topping singer supposedly reacting to Hanna’s comparison. “When an uglee stranger calls you twin. No B**ch,” the fake message read. Thousands of users retweeted the image, with many believing it to be real.

The fake tweet even contained a “response” from Katy Perry. Despite being a joke, the image took off on Twitter. At the time of writing, the post has over 389.k likes and 44.8k retweets.

This isn’t the first time the YouTube personality has brought up looking like Gaga. On Instagram, Hanna posted a story video where she claimed fans had been comparing her to the star lately. “I’ve been getting this a lot. People have not stopped saying ‘I’m getting Lady Gaga vibes. Oh my, god I thought this was Lady Gaga,'” she said.

Gabbie Hanna also posted a story talking about seeing that she looks like Lady Gaga pic.twitter.com/NJVVixmb18

Even though the tweet was clearly fake, some Twitter users actually thought it was real. Critics that knew it was a joke retweeted the image out of not being a fan of the influencer’s comparison.

If nothing else, the story is a good example of how even a troll post can quickly go viral on social media. It’s also a cautionary tale to stay away from making comparisons, as it can backfire spectacularly.