Late YouTuber Desmond “Etika” Amofah was reported deceased by the NYPD on June 25 – but that didn’t stop a group of malicious hackers from taking control of his Twitter account nearly two months later.

Etika was one of several large YouTubers targeted by hackers from August 23-24, including such personalities as Shane Dawson, makeup mogul James Charles, and Vine star King Bach.

The hackers posted offensive messages to each account, making references to Nazi Germany, serial killers, and frequently using racial slurs – on top of posting a link to a private Discord channel and repeatedly using the hashtag “chuckling.”

While no source for the hacking has yet been verified, Etika’s Twitter account has since been suspended in wake of the attacks, with searches for his profile showing that the account “violated the Twitter rules” – and fans are voicing their displeasure with the platform over the decision. 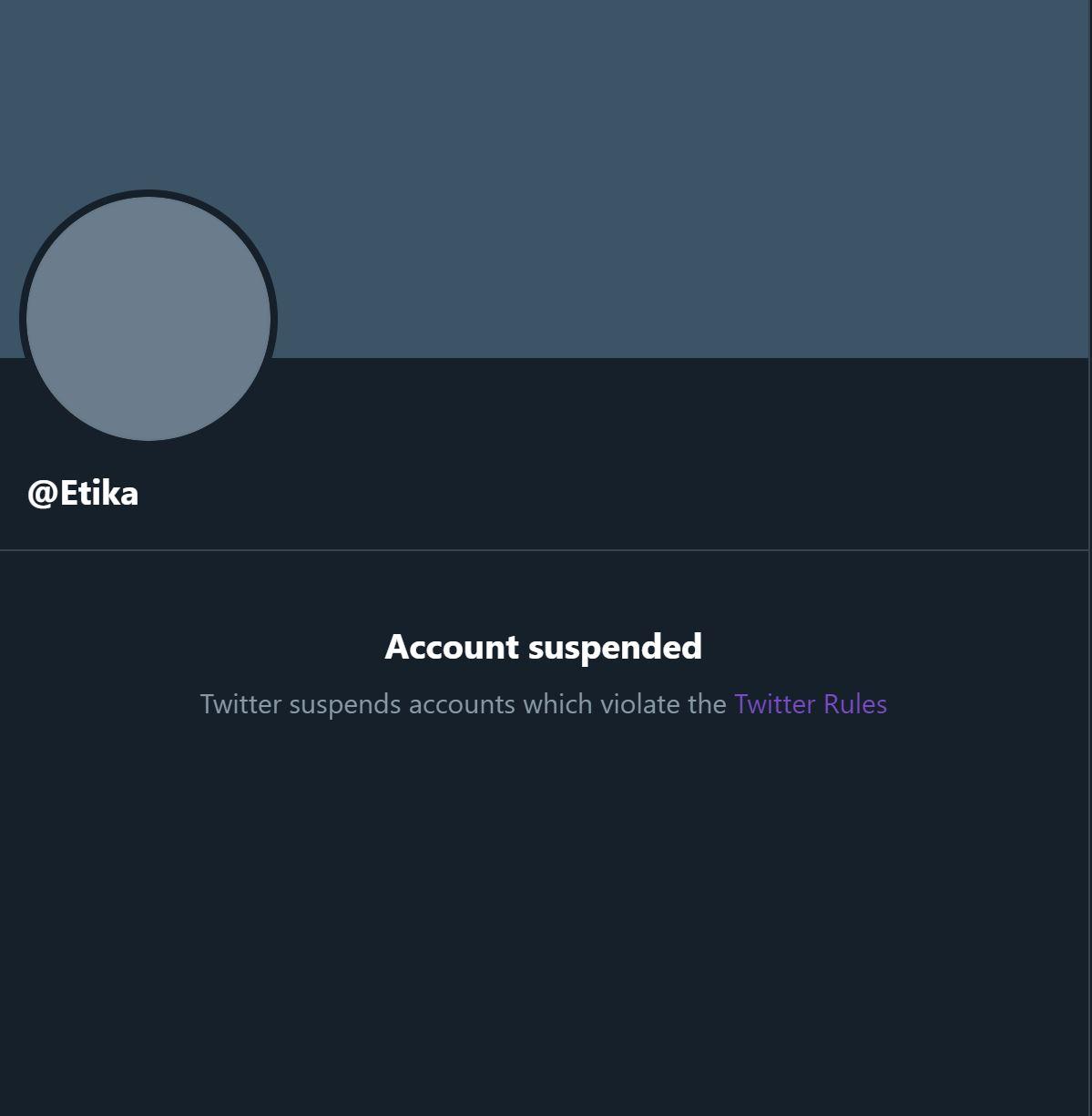 Etika’s Twitter account has been suspended for violating the site’s rules – and some fans aren’t happy with this development.
600[ad name=”article3″]

However, others speculate if the deactivation wasn’t made at the behest of a family member, with Twitter providing options for deactivating accounts of deceased or incapacitated users.

Hey, the account could've very well been Suspended at the request of a family member, possibly his mother https://t.co/vFb1Ujtc3W

Although no official reasoning for the suspension has yet been given, this development follows large-scale hacks across the platform, with even Twitter’s co-founder Jack Dorsey falling victim to the attacks on August 30. 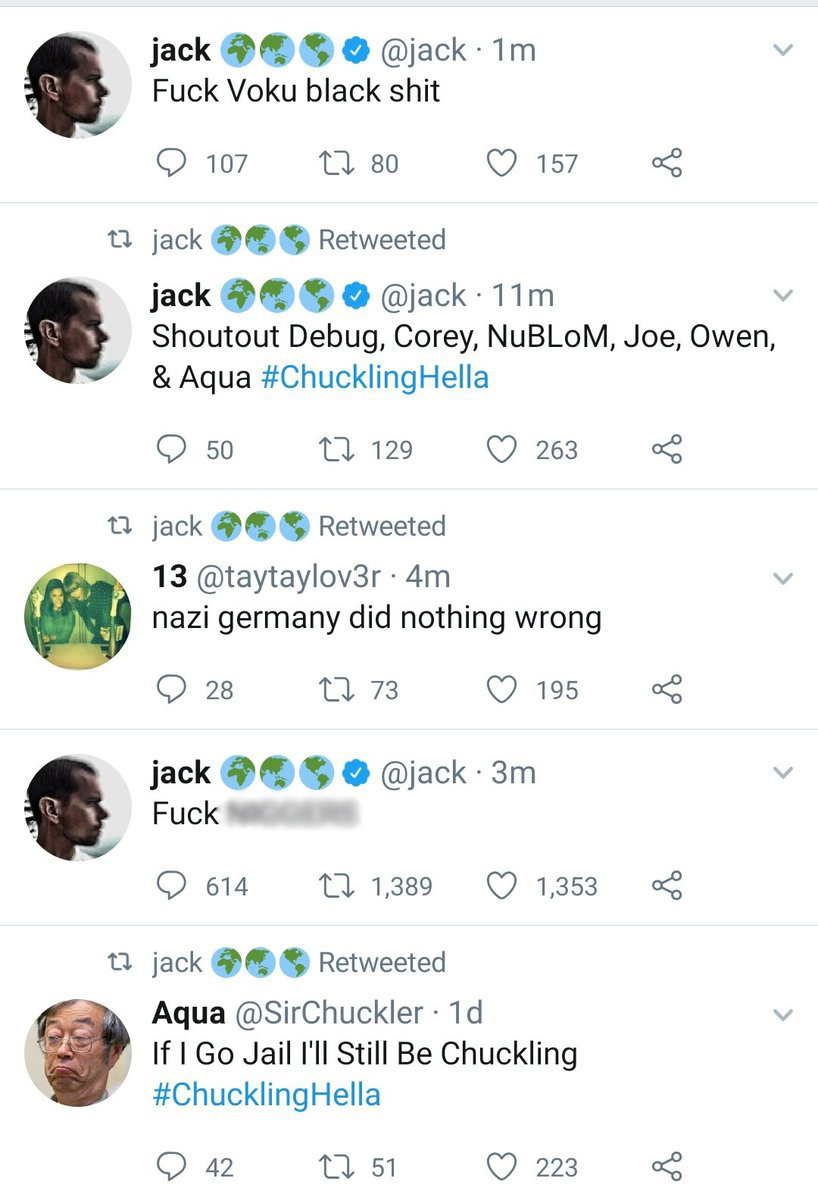 Twitter co-founder Jack Dorsey’s own account was hacked a week after top YouTubers were breached on the site – and Twitter claims these attacks were the fault of a mobile provider.
400

Like the previously-mentioned hacks, Dorsey’s account saw all manner of offensive posts from the very same group – and Twitter claims that the breach was brought about by a “security oversight” by his mobile provider.

“The phone number associated with the account was compromised due to a security oversight by the mobile provider,” the platform explained. “This allowed an unauthorized person to compose and send tweets via text message from the phone number.”

The phone number associated with the account was compromised due to a security oversight by the mobile provider. This allowed an unauthorized person to compose and send tweets via text message from the phone number. That issue is now resolved.

Twitter’s statement holds up with King Bach’s theory on the matter, who blamed an AT&T employee who had allegedly switched his SIM card for the hacking of his own account.

While Etika’s Twitter is no longer available, a “Memories of Etika” Twitter account exists as a memorial to his celebrated life as a content creator, which has similarly pleaded with Twitter to restore his original profile in wake of the widespread hacks.