Game of Thrones actress Emilia Clarke fell out of her seat while taking on the Beanboozled jelly bean challenge with Twitch streamer Seán ‘Jacksepticeye’ McLoughlin.

Clearly there weren’t any foul-tasting jelly beans in Westeros, where Clarke portrayed Danaerys Targaryen in the HBO smash hit Game of Thrones, which ended back in May 2019.

In an appearance on Jackscepticeye’s Twitch channel though, the “Mother of Dragons” came across the disgusting Beenboozled game, which offers candy which comes in two different flavors – one which is lovely, and one that is absolutely disgusting! 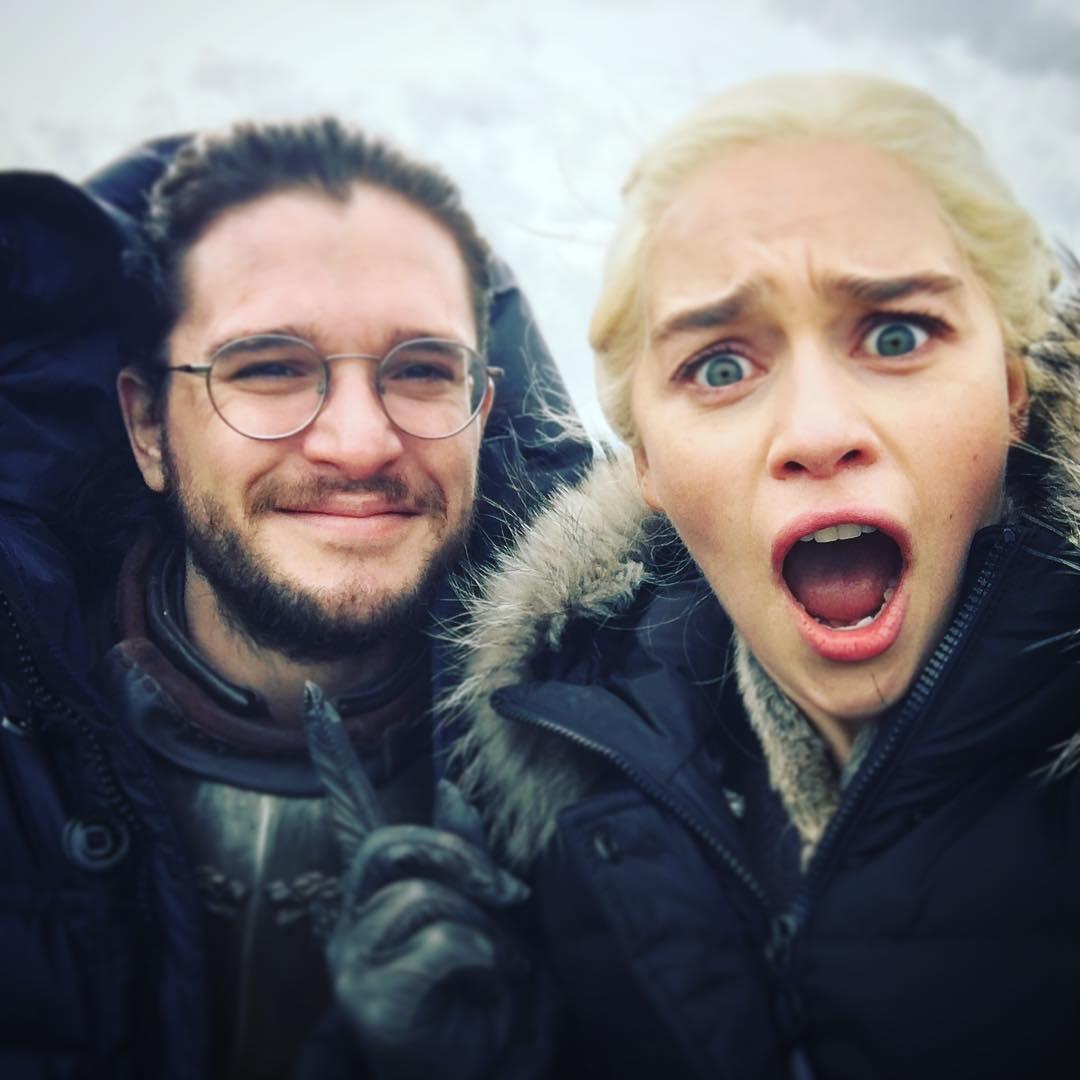 Emilia Clarke teamed up with Jackscepticeye, who dressed up as her co-star Kit Harrington.[ad name=”article2″]

With the Irishman holding the box of beans, a concerned-looking Clarke dipped her hand in, and pulled out a pinkish piece of candy, holding it up and announcing that it was either “Strawberry banana smoothie or dead fish.”

After trying to smell it to see if it gave off a whiff on what it could be, the actress popped it into her mouth, but it quickly became obvious which version of the candy she had got, with an expression of horror coming over her face as she spat it out, and slid off the sofa in anguish.

“That’s really disgusting guys,” Clarke mumbled into the microphone as she lay on the floor. “That’s really gross.” There wasn’t much sympathy from her YouTuber partner though, who immediately claimed she was dead!

After her hilarious trip to the floor, Clarke got up just in time to laugh along with the Irishman, who was begging the stream director not to give fans a wide-angle shot of his Jon Snow costume.

Emilia and Jacksepticeye were teaming up to raise money for the actress’ charity SameYou, an organization started by the actress to raise funds and help increase neuro-rehabilitation access following brain injuries and stroke, with the 32-year-old revealing she suffered from two aneurysms.

The stream was a resounding success, with the pair raising over $260,000 in their four-hour stream.