With the Fortnite World Cup underway in New York City, a number of young professionals are receiving life-changing prize money, and Twitch powerhouse DrDisrespect provided some unique advice for them.

July 27 saw the Fortnite World Cup’s duos tournament, as a host of professionals took home life changing money. The winners, Nyhrox and Aqua, took home $3 million between them. It doesn’t stop there, as even the duo placing 10th split a hefty $225,000 between them.

However, many of the winners are barely teenagers, and so such large amounts of money require sensible management. For example, English teenager Jaden ‘Wolfiez’ Ashman is just 15 years old, and won $2,250,000 million between him and his duo partner. 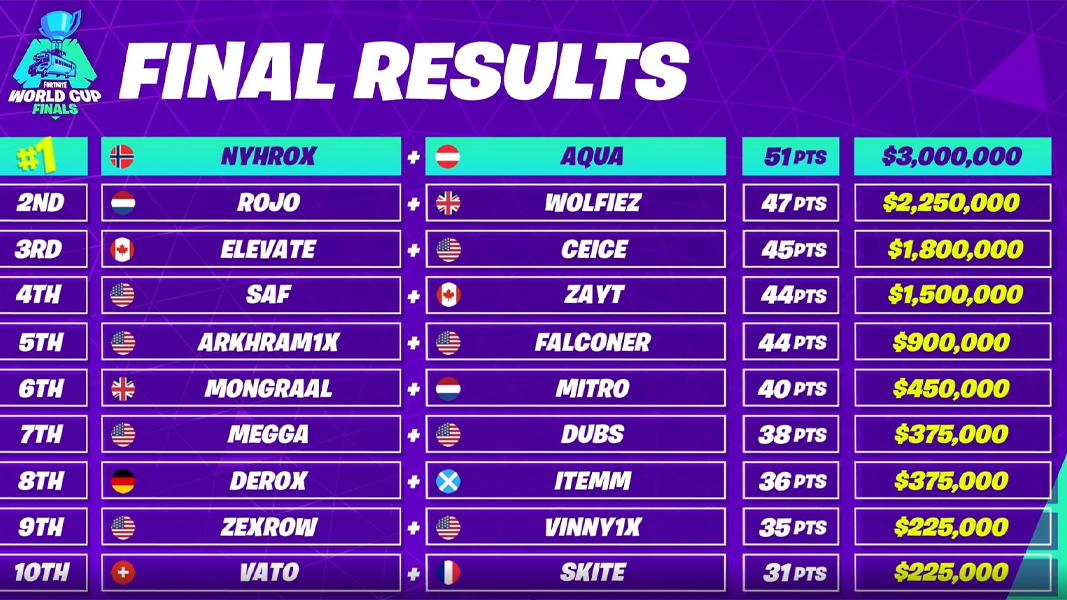 The winners needn’t worry, however, with some of the gaming community on hand to offer sound financial advice. On July 27, SypherPK tweeted that his advice to the winners is “do not blow through that money. Enjoy it, but also get financial guidance… Make it last.”

DrDisrespect was not impressed with Sypher’s advice, dubbing it the “most stupid advice I’ve ever heard”. He followed this up by providing some (questionable) advice of his own.

This weekend some players will be walking away with hundreds of thousands of dollars and some with millions.

My only advice is do not blow through that money. Enjoy it, but also get financial guidance. Look into long term investing, retirement plans, and be smart. Make it last.

He concluded his advice by summarizing it as “just a few ideas for the winners. Trust me.”

Doc these winners wouldn’t be able to pull it off the way you would. They don’t have their drivers licenses yet.

It’s definitely not our place to suggest which piece of advice you choose to listen (Sypher’s, please), but the amount of money on offer at the Fortnite World Cup is sure to positively impact on the winners, as they are launched into the mainstream.

Sypher suggested that the Doc’s advice wasn’t useful, because the winners “wouldn’t be able to pull it off the way you would. They don’t have their drivers’ licenses yet.”

Whatever you make of it, the Doc in a Lamborghini pulling a 38 foot boat is quite an image.