100 Thieves CEO Nadeshot and streamer CouRage have launched their new podcast on the 100 Thieves YouTube, and plenty of fans are excited, but fellow streamer Dr Disrespect wasn’t impressed.

The duo of Matthew ‘Nadeshot’ Haag and Jack ‘CouRage’ Dunlop has proven popular with fans, featuring in vlogs and streams together frequently since the Fortnite Battle Royale streamer moved in to the 100 Thieves content house.

As of May 28, CouRage officially became a member of the organization, and with plans to take their content to the next level, are launching their ‘CouRage and Nadeshot show’. 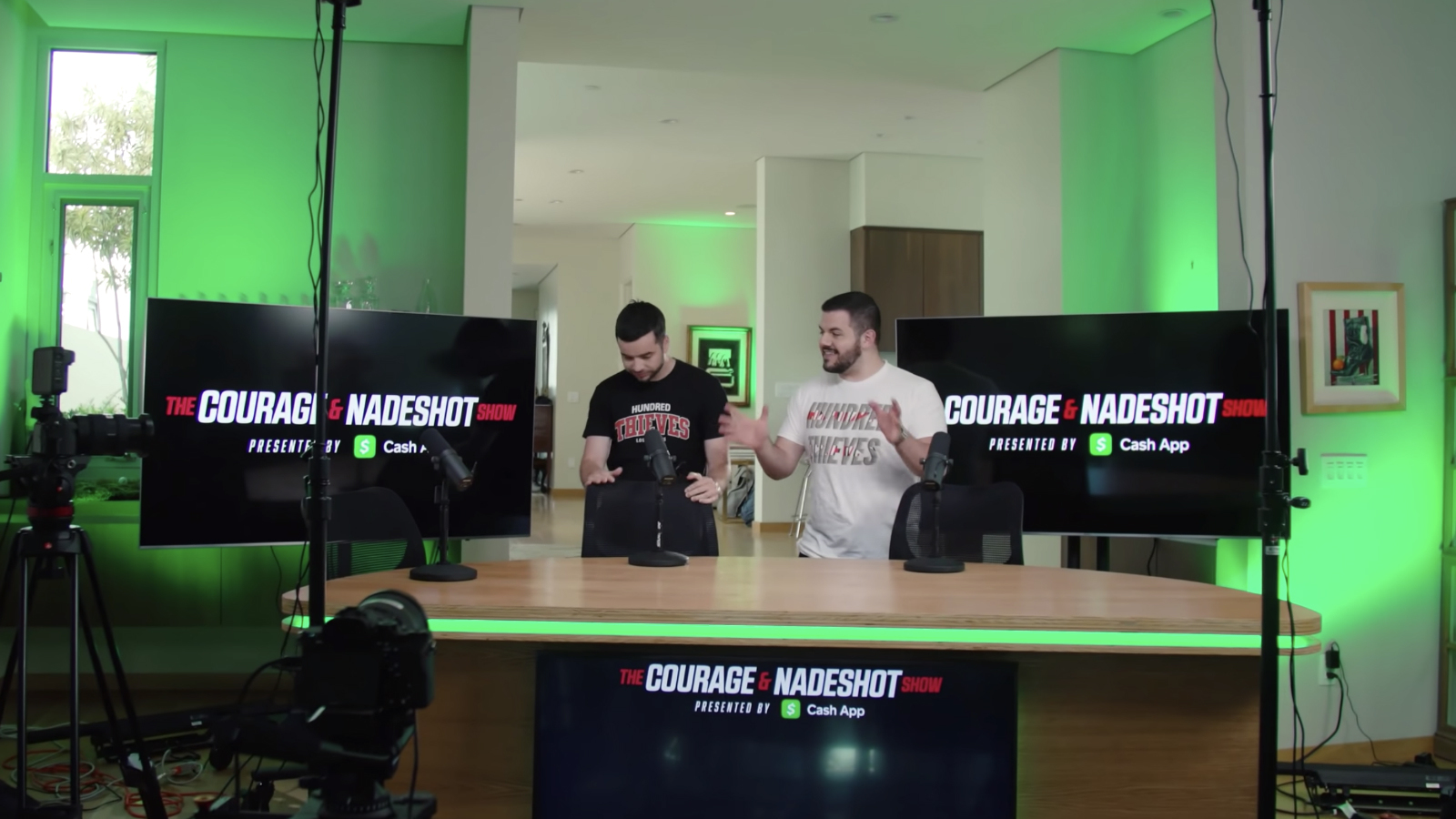 The set for the new CouRage and Nadeshot show, sponsored by CashApp.

Intrigued by the trailer on Twitter, Dr Disrespect, a longtime friend of both the 100 Thieves members, wanted to check out what was on offer in the podcast.

The Doc was less than impressed with the rather uninventive name of the show, and said “this makes me really want to start my own podcast […] if these guys can get away with it, imagine what the two-time can do!”

Just as the trailer for the podcast ended, the Doc gave his verdict on how long it will last, and he wasn’t optimistic: “I give it five episodes. All right, let’s move along.”

Before he even got to the main trailer though, the self-proclaimed face of Twitch also threw in a cheeky shot at CouRage’s choice of clothing.

Although Dr Disrespect himself might not be interested, the trailer has already racked up 250,000 views in less than 16 hours, and even featured on YouTube’s trending page for gaming.

Nadeshot previously laid out his ambitions to start a podcast when he was the guest on Eavesdrop, the podcast by OpTic CEO Hector ‘H3CZ’ Rodriguez – who jump started Nade’s career as a Call of Duty player and content creator.

With the added appeal of a popular streamer like CouRage, there’s no doubt that the podcast, if done well, would be a massive success. It doesn’t sound like the face of Twitch will be tuning in though.