As one of the most popular streamers on Twitch, Dr Disrespect is no stranger to the persistent nuisance of ‘stream snipers’, and in his latest outburst, described exactly how he thinks these pesky individuals exist.

What are stream snipers?

As the name implies, these are players, typically in battle royale games, who will ‘snipe’ (i.e. scope out and attack) popular streamers in their public matches.

Sometimes they simply try to ruin the streamer’s fun or get their name in lights by eliminating them, and other times they will try to humor the thousands of viewers watching on. 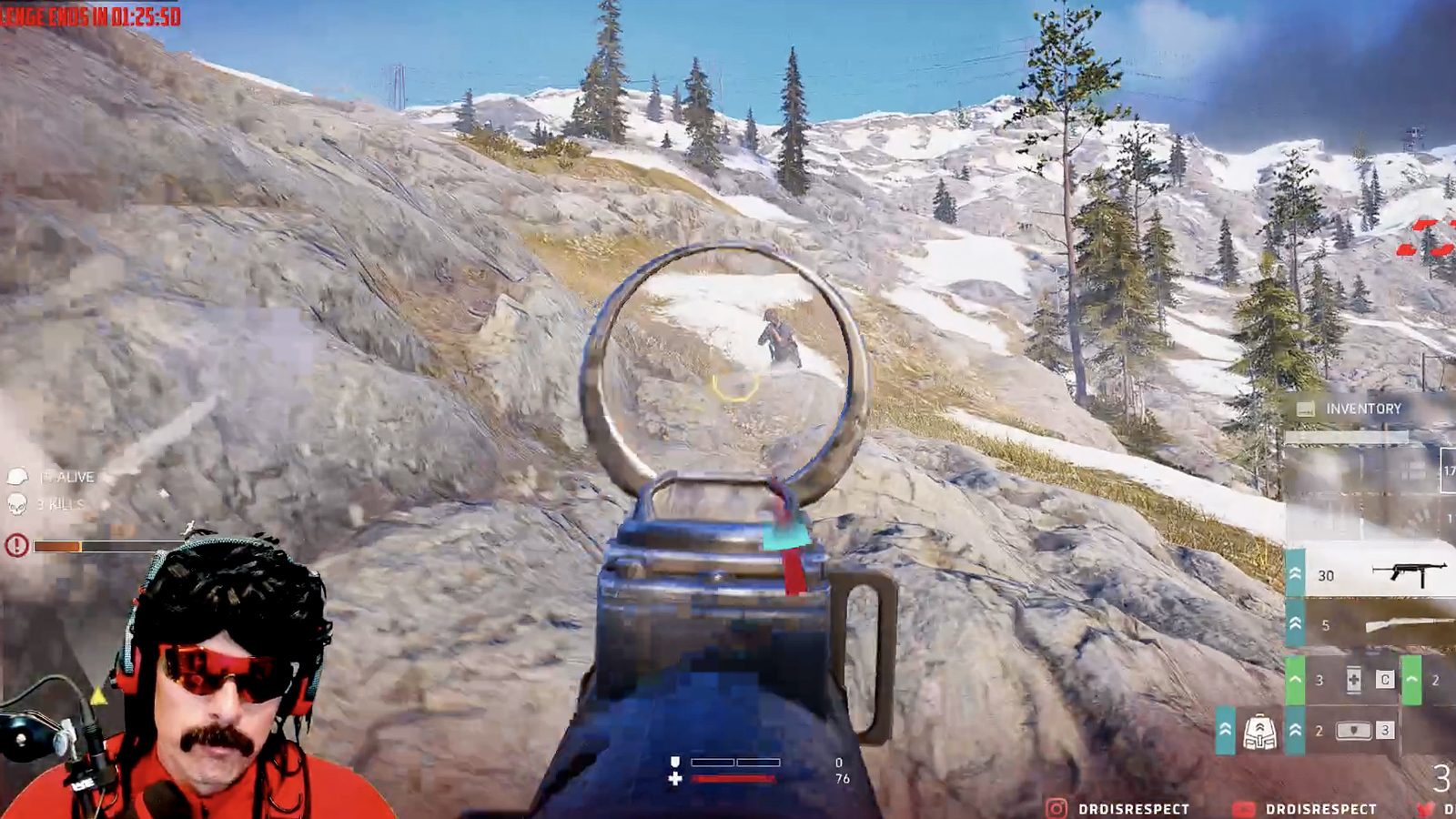 The Doc was ‘stream sniped’ during a game of Firestorm.

Dr Disrespect, who regularly pulls in tens of thousands of live viewers, often has to put up with these stream snipers, who hunt him down in lobbies to take him out.

During a match of Battlefield V’s new ‘Firestorm‘ battle royale, the Doc snapped after one such stream sniper ignored all other enemies to solely target him, giving Dr Disrespect no chance.

“These stream snipers are the most pathetic level of a human that is possible,” the Doc exclaimed, “They all live in their mommy’s basement, number two, they’ve never had a job – they don’t know discipline, they’ve played any sports […] they’ve pretty much been a failure their whole life.”

And the Doc wasn’t finished there, as he went on to describe exactly how these ‘pathetic’ individuals live: “They wake up, they don’t shower, right when they wake up, they get their bowl of fruity pebbles, they’re in their sweatpants and one’s got a semi-boner all morning because he doesn’t know what’s going on down there.”

But, as the self-proclaimed face of Twitch and the two-time Blockbuster video gaming champion, the Doc isn’t dissuaded: “You know what the best thing is? I absolutely rip them apart on a daily basis.”

Despite efforts from developers and Twitch itself to clamp down on the problem of stream sniping, it continues to persist, and likely will do so for as long as the medium exists.

On April 9, Michael ‘shroud’ complimented PUBG developers for taking swift action against a particularly annoying stream sniper, who was banned from the game moments after targeting the former CS:GO pro.

But, the problem is so widespread that it will be nearly impossible for all developers and live streaming problems to squash completely, so for now, the Doc will just need to keep on ‘ripping them apart’ on a daily basis.