YouTube star David Dobrik has finally released his highly-anticipated vlog featuring Canadian pop star Justin Bieber, after the two were spotted outside of UCLA together on January 9.

What many viewers anticipated to be another one of Dobrik’s “Surprising Fans With Celebrities” videos has come to fruition at last, with the vlogger hiding Bieber in the back of his Tesla as he invited college students to share their opinions of the singer.

Bieber, coming off the fresh release of his 2020 single, “Yummy,” is the latest celebrity to make an appearance in Dobrik’s videos, following the likes of Kardashian makeup mogul Kylie Jenner and even Howie Mandell.

David dobrik hanging out with Justin Bieber! I'm ssoooo excited for the next vlog pic.twitter.com/UZGZsNuLIf

More than a few hilarious moments were had in his January vlog with Dobrik, with one fan even admitting that she had a crush on the singer and was jealous of his wife, Hailey Rhode.

“Oh, I love him, I wanted to marry him, honestly,” the student admitted. “I’m sad. I’m obviously sad about Hailey, but it’s okay, though.”

“You are?” Bieber asked, emerging from the Tesla’s back seat and giving the student the shock of her life. 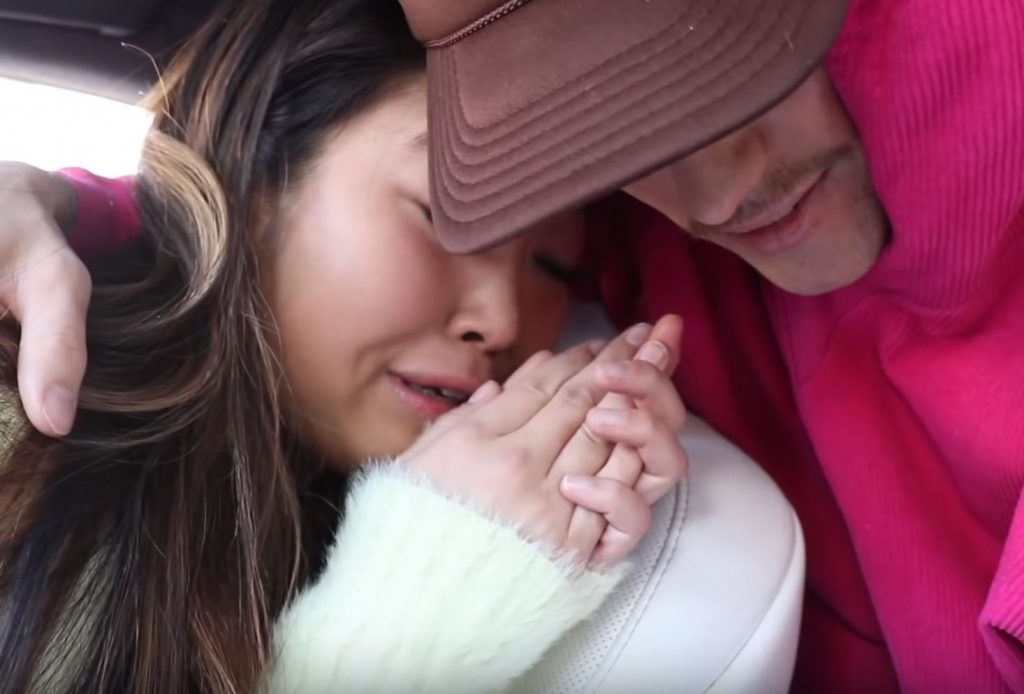 Amid the laughter, one fan got a bit emotional after meeting one of her favorite pop stars, admitting that she always “looked up” to him as they hugged.

Although there was plenty of laughter all around, one fan got highly emotional during Dobrik’s impromptu meet-and-greet, tearfully admitting her admiration for Bieber as he wrapped her in a tight embrace.

“I’ve looked up to you so much,” she explained through tears.

Another fan even claimed that “Yummy” was “not that good” — prompting faux outrage from the singer as he jokingly put them into a headlock.

Dobrik’s vlog follows ample online speculation that he and Bieber were collaborating, with multiple photos and videos of the duo dropping on social media outside of the vlogger’s Tesla at the University of California, Los Angeles.

Although the actual content of Dobrik’s vlog was then unknown, it seems that all the fan speculation was on point, with the YouTuber giving students an unforgettable experience with one of the music industry’s top names.