Popular YouTuber David Dobrik has said he doesn’t think Tana Mongeau and Jake Paul are in their relationship for the long haul.

Known for his crazy pranks and stunts, Dobrik boasts over 13 million subscribers on YouTube and is slated to host the 2019 Teen’s Choice Awards alongside actress Lucy Hale of ‘Pretty Little Liars’ fame.

While at Variety’s Power of Young Hollywood event on August 7, Dobrik shared his thoughts about Paul and Mongeau’s relationship with Entertainment Tonight. 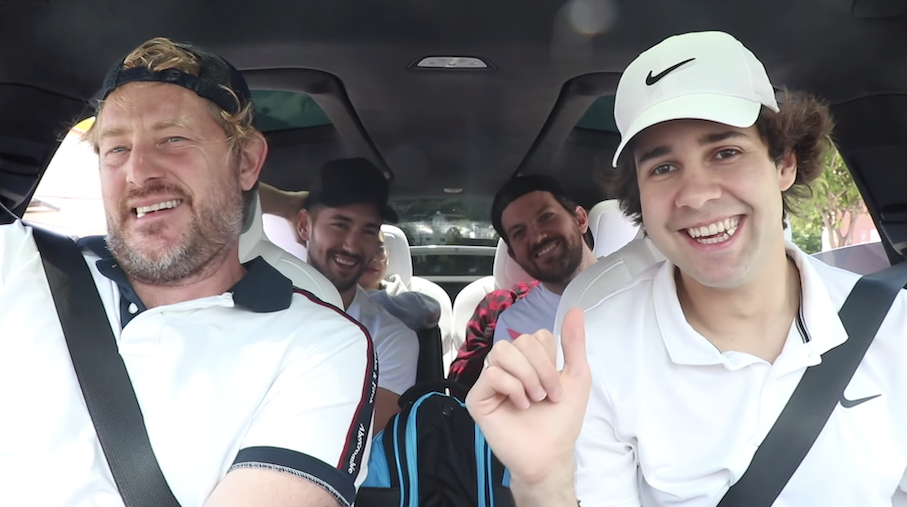 Dobrik has over 13 million subscribers to his YouTube channel.
[ad name=”article2″]

What did Dobrik have to say?

When ET’s Katie Krause asked Dobrik if he thought the YouTube power couple’s relationship would be a “forever thing”, he simply replied “Of course not.”

“Tana and Jake? I would be surprised if their marriage lasts another three days,” the YouTuber said, before recalling his marriage to Lorraine Nash, which only lasted a month. “We ended on good terms, I don’t know if Tana and Jake have that in them.”

The YouTuber also isn’t convinced that the pair’s wedding was even legit. “Is the marriage real? No,” Dobrik replied with a laugh. “I think someone looked it up and they didn’t have marriage papers.”

“It doesn’t matter because at the end of the day it’s so entertaining, and the fact you’re even talking about means they got the job done,” he added. “So, they’re killing it.”

So… did Jake and Tana actually get married?

To make a long story short: kind of. They went through the motions and had a full ceremony, but Mongeau herself admitted that her union with Paul was not legally binding due to finding such legalities “unnecessary.”

“To everybody that’s calling it fake because we rushed into it or because I don’t do things traditionally, because I wanted to not do it legally,” she said in a video about the wedding. “Any wedding I have, if I have three more fucking weddings, I really wouldn’t want to do it on paper because I think that legally binding yourself to someone takes away the love.”

So it seems like Dobrik was partly correct about Tana and Jake’s wedding not being 100 percent official, but whether his prediction that the couple won’t last much longer is accurate remains to be seen.