Jack ‘CouRage‘ Dunlop was given another painful reminder that Matthew ‘Nadeshot‘ Haag was not the best wingman when they met pop superstar Ariana Grande.

CouRage and Nadeshot had the opportunity to meet Ariana Grande after one of her shows but things didn’t exactly go as according to plan.

Something CouRage has talked about before is how he thinks Grande could be his future wife so when given the chance to meet her, he didn’t want to waste the opportunity. 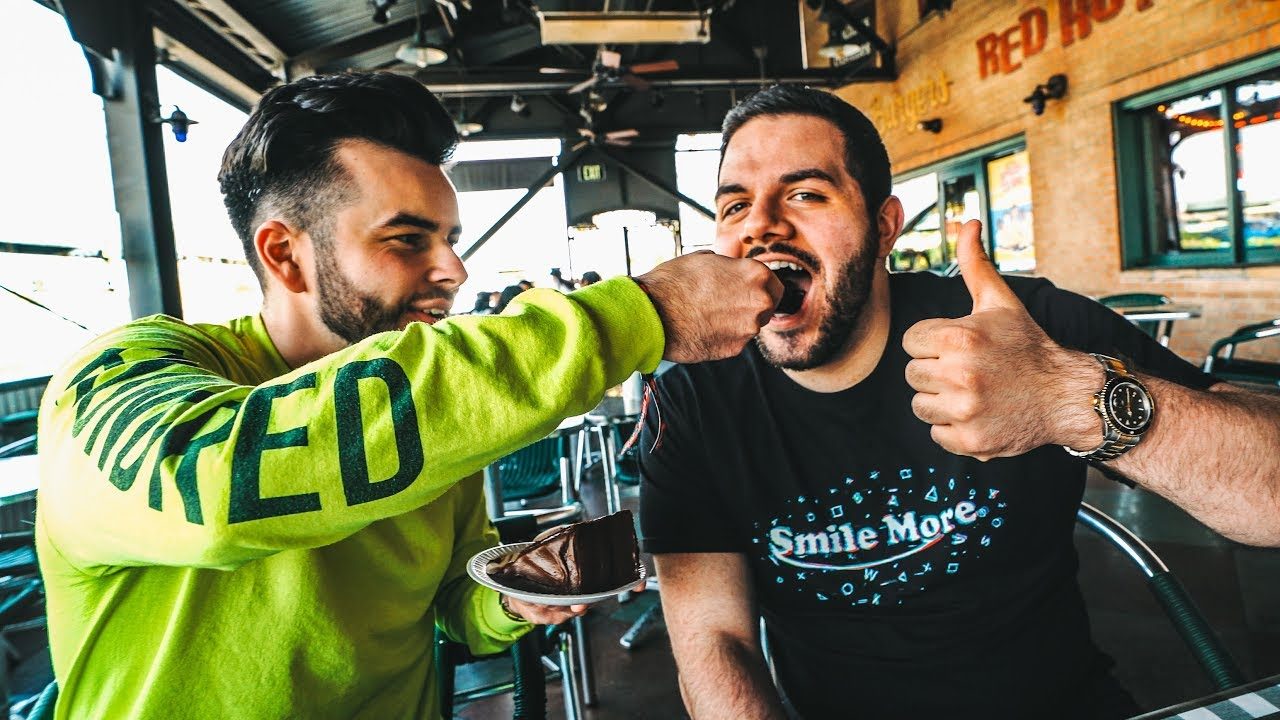 CouRage and Nadeshot are close friends despite all of this.
[ad name=”article2″]

Instead, the two took a picture together but also in that picture was Nadeshot and instead of being a true wingman, he got right in the way.

The image shows Nade standing in between CouRage and Ariana Grande, effectively taking him out of the picture. Nadeshot was roasted for this move but it was all in good fun.

CouRage often plays with a young fan named Connor on his streams and he made another appearance, but this time it wasn’t so friendly as he immediately brought up the backstage interaction.

“I have a question,” Connor said. “When you got to hug Ariana Grande for four seconds was that the best four seconds of your life?”

Yeah, it was Connor,” CouRage responded. “Those 4.2 seconds of me hugging Ariana Grande were the best seconds of my life.”

You can see this encounter play out at the start of the video below.

Connor wasn’t finished though as he opened up the wound about Nadeshot.

“Know what sucks,” he said. “Nadeshot wasn’t a good wingman.”

“Gosh darn it, don’t remind me, Connor,” CouRage said as he slammed his desk and got up.

These jokes will likely persist for a while and Nadeshot promised to use the picture every time CouRage makes him upset.

“Any time you piss me off, I’m sending you this,” he tweeted.

It’s all just good fun between friends but deep down CouRage is probably a little upset about it.

Any time you piss me off, I’m sending you this. pic.twitter.com/d6w33VHzz2

It’s all just good fun between friends but deep down CouRage is probably a little upset about it.