Popular standup comedian and actor Tom Green has been caught trolling members of the public in Japan during one of Andy Milonakis’ IRL Twitch livestreams, catching people by surprise in a number of different locations.

Who is Tom Green?

Tom Green might be a popular comedian, but that doesn’t mean to say everybody will be aware of his work. He has over 300,000 followers on Twitter and has been touring around the world since March 6, meeting up with IRL streamer Andy Milonakis around the time of his show in Tokyo, Japan on April 15.

Green was seen talking to a number of people during the stream, including many from the general public, making for some funny – and awkward – moments for the live audience watching on Twitch. 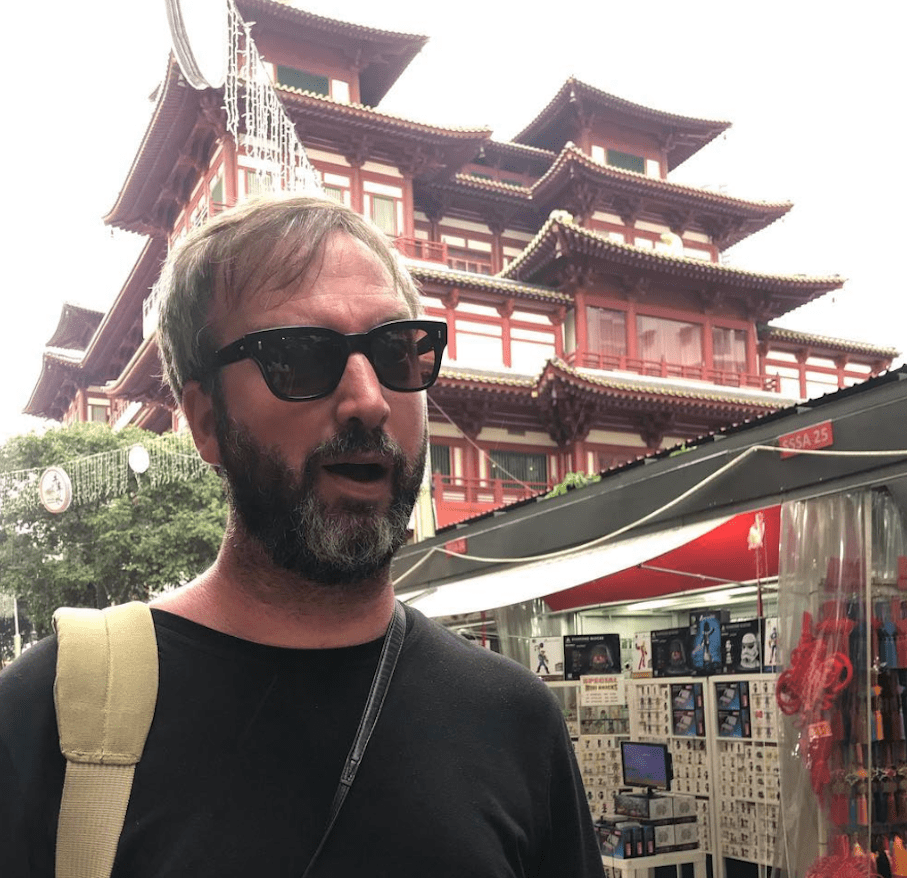 Comedian Tom Green has been sharing photos with his fans on social media during his tour.

Green and Milonakis were walking around the streets of Tokyo during the stream, with many of the best moments of their journey clipped by members of the chat.

In possibly the most bizarre segment, Green stood next to a table with a huge zip placed on the middle of it and started to make fun of people looking at it. “Are you going to unzip your table, huh? Just like the way you unzip your pants,” he said, before staring right at them and laughing awkwardly for a few moments.

They didn’t know what was happening. Andy walked away in shock.

The comedian was given a round of applause at one stage during a visit to a restaurant, after turning an everyday task into a playful song. As he squirted some soy sauce onto a plate, he started to repeat the words “squeeze” and “squirt,” to a point where other people started to stare in his direction.

Moments later, the very strange melody was met with clapping from both his own table and others.

Taking to the streets, Green didn’t need to communicate in English – or Japanese for that matter – in order to get a reaction. The funnyman joked that if he started to point towards the floor when people walked by, they would almost always respond.

“Watch this. When you’re walking in a crowded area, point at the ground and make people stop,” he said, before stressing that the key was in the timing.

Was he right? Check this out…

Of course he pulled it off. He was called a “troll” soon after, with many members of the public completely falling for his trick.

Whether or not these two will link up again for another IRL stream remains to be seen. After seeing these clips, we sure hope so.