Social Media personality and Twitch Mob member Classify’s Twitter account appears to have been reinstated following his ban from the site, and many of his followers are ecstatic about the news.

Classify is a quarter of the core members of the Twitch Mob, a social media group known for posting memes, hilarious videos, and commentary on all the happenings taking place across the internet.

As the most popular member of the Twitch Mob in terms of Twitter followers, many were disappointed when Classify’s account was shut down by the site, with some starting a #FreeClassify hashtag on Twitter in an attempt to reverse the decision. 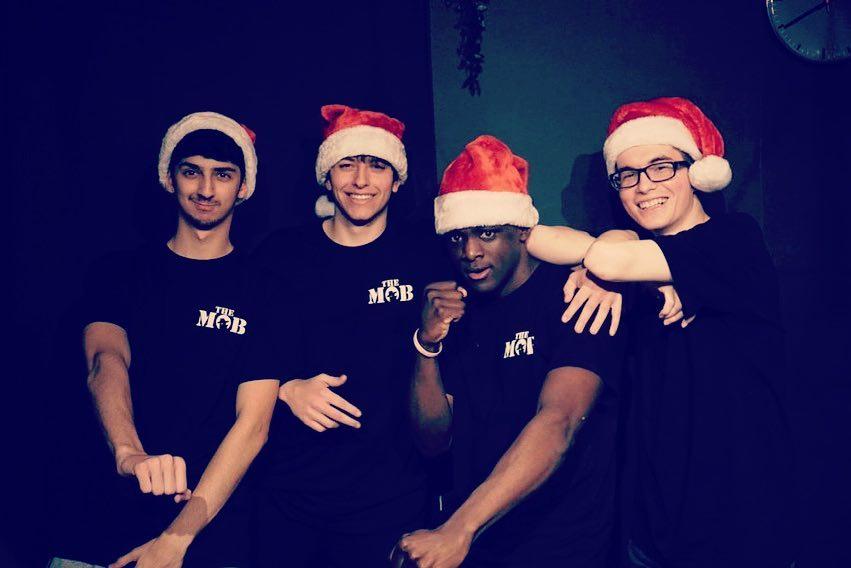 Classify is part of the Twitch Mob. a social media group with a combined following of over 200,000.
[ad name=”article2″]

According to fellow Twitc Mob member Froste, Twitter had no choice but to shut down his account, which had a massive 105,000 followers, after Sony Music Entertainment claimed one of his tweets had infringed on their copyright.

While Froste stated that “Twitter had helped him a lot in the past with this kind of stuff,” there was nothing the site could do this time, with Froste stating back on May 6 that Classify wouldn’t be able to get his account back.

Twitter has helped him a lot in the past with this kind of stuff, but this time they couldnt do much.

I'm really not sure why @Twitter doesnt just auto delete tweets that get DMCA'd but instead suspends the entire account. It's fucking ridiculous

Just hours after posting that Tweet though, the original @Classify Twitter account appears to be back, although it appears that a number of his followers have been removed, with the account currently sitting with 76,000. 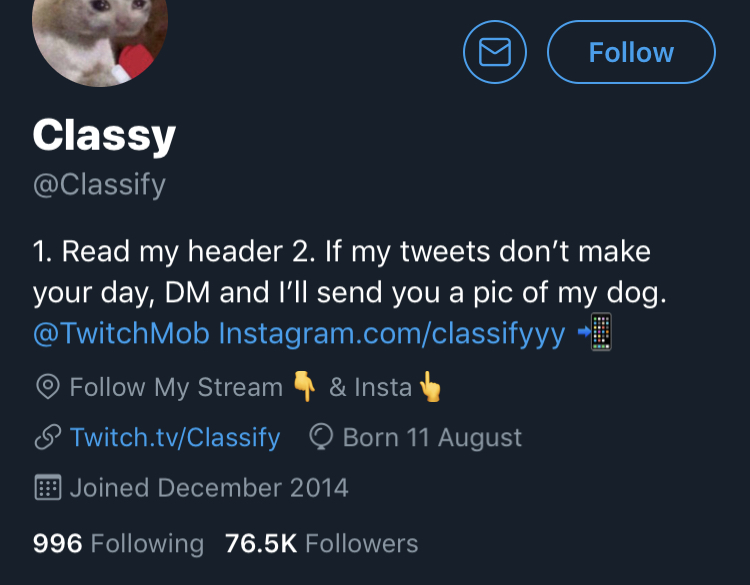 Classify appears to have lost 30,000 followers during his reinstatement to Twitter.
500

Many fans of Classify rejoiced at the news his account had been returned, with tweets pouring in to tell the Twitch Mob member that his Twitter was back, while asking what had happened to convince Twitter to reinstate it.

BRUH TELL ME WHY ITS BACK NOW?

Tell me why Twitter playin with my feels rn and showing it’s not suspended.. pic.twitter.com/cSYqV3d9eS

Rod ‘Slasher’ Breslau has hinted that he may have had something to do with the return of Classify’s Twitter account, crypitcally tweeting that he wondered “how that happened” when @Classify reappeared on the site, before labelling the move as a “HUGE [WIN].”

Classify himself is still seemingly unaware of the news that his Twitter account is back, as he is currently in Miami for the weekend with his girlfriend. We’ll be sure to update this post with new information and Classify’s reaction as soon as it is available.