Castro1021 loses his mind after catastrophe breaks his new setup

In the digital age, plenty of rare moments have been caught on camera and shared with the world, but this FIFA scene, Edwin ‘Castro1021‘ Castro has amassed over 1.5 million subscribers on YouTube and nearly 2 million followers on Twitch.

No amount of experience on camera could have prepared him for what was about to happen in the midst of a recent broadcast however.

According to the National Geographic, there is a one in 700,000 chance of being struck by lightning yet Castro came within inches of being that unlucky in his October 24 stream.

Streaming FIFA with his brand new setup, the popular content creator was absolutely mortified after a loud crash of thunder and a bright streak of lightning hit all at once. 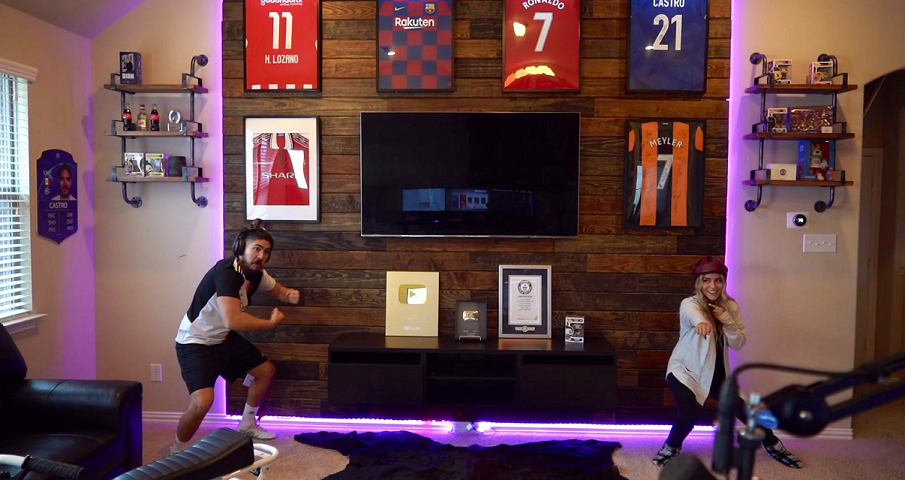 Did you see that? That was lightning bro,” he screamed, running back into frame after the bolt of lightning cascaded down on-stream.

“My monitor doesn’t even turn on anymore, what the f*ck is going on?” the FIFA player amusingly added upon realizing that part of his new streaming setup was impacted in the incident.

Castro soon found his way back in-game and continued streaming for a few hours longer, despite the technical difficulties he endured on behalf of the lightning-induced disaster.

Whether the electrical surge improved his odds of opening some insane packs in FIFA remains to be seen, but after a close call like that, perhaps the streamer should try his luck.

Castro rose to internet stardom with his exceptional FIFA gameplay and hilarious reactions when opening packs throughout the years.

Hopefully, he can get back to his old ways with the new streaming setup and avoid any other absurd strokes of misfortune in the near future.