Hugely popular YouTuber Casey Neistat got roasted by one quick-thinking fan for his review of the soon to be released Samsung Galaxy Fold smartphone.

What is the Samsung Galaxy Fold?

The Fold, Samsung’s first dip into the foldable smartphone market, isn’t set to release for a few more days – April 26 in the US and May 3 in the UK and Europe, to be exact – yet, reviewers across the world have had already got to grips with the new device.

One such reviewer is YouTuber Casey Neistat, who has worked with Samsung in the past on a number of projects – including an advertising spot during the 2017 Oscars. Thankfully, unlike many other review models of the Fold, Neistat’s didn’t immediately break thanks to faulty screen issues. 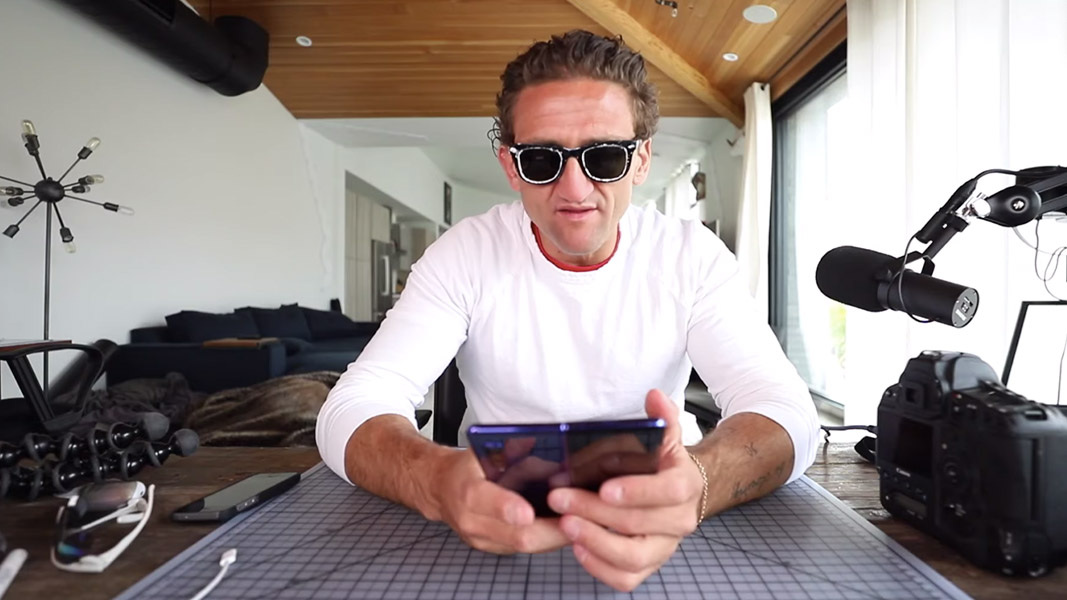 Neistat gave an in-depth review of the upcoming phone – comparing it to a ton of competitors.

‘Two’ phones for the price of one

Unfortunately for Neistat, though, his review of the phone did become an instant meme. It took a few a days, but one Twitter user – DizzyHasSwag – took a short clip from the video and spiced it up, giving it the ‘Galaxy Brain’ meme treatment.

As the YouTuber explains, the smartphone is a pretty standard thickness when laid out flat. However, when you fold it over to put the device away, the Fold quickly becomes as thick as two phones laying on top of each – a truly incredible piece of insight (not).

Neistat clearly saw the funny side of the video, retweeting the post to his almost two million followers on Twitter.

In his concise tweet review, the on-and-off again Vlogger explained that he also felt that the device is “too big” when folded – giving Samsung to something to work on for their future in the folding smartphone market.

However, the popular YouTuber seems to be a fan of the device, taking questions on a wide range of topics from fans and other internet personalities alike.