The celebrations have continued for Kyle ‘Brugha’ Giersdorf, with the Fortnite World Cup champion making a special appearance on The Tonight Show Starring Jimmy Fallon for a sit-down interview about his success.

The 16-year-old became headline news around the world on Sunday, July 28 when he outlasted and outplayed 99 other competitors to hoist the Fortnite World Cup trophy, and take home the $3 million grand prize.

Just over 24 hours after his victory, Bugha was at 30 Rockefeller Plaza to sit down with late-night star Jimmy Fallon to discuss his monumental success, and the hard work that went into bringing home the cup. 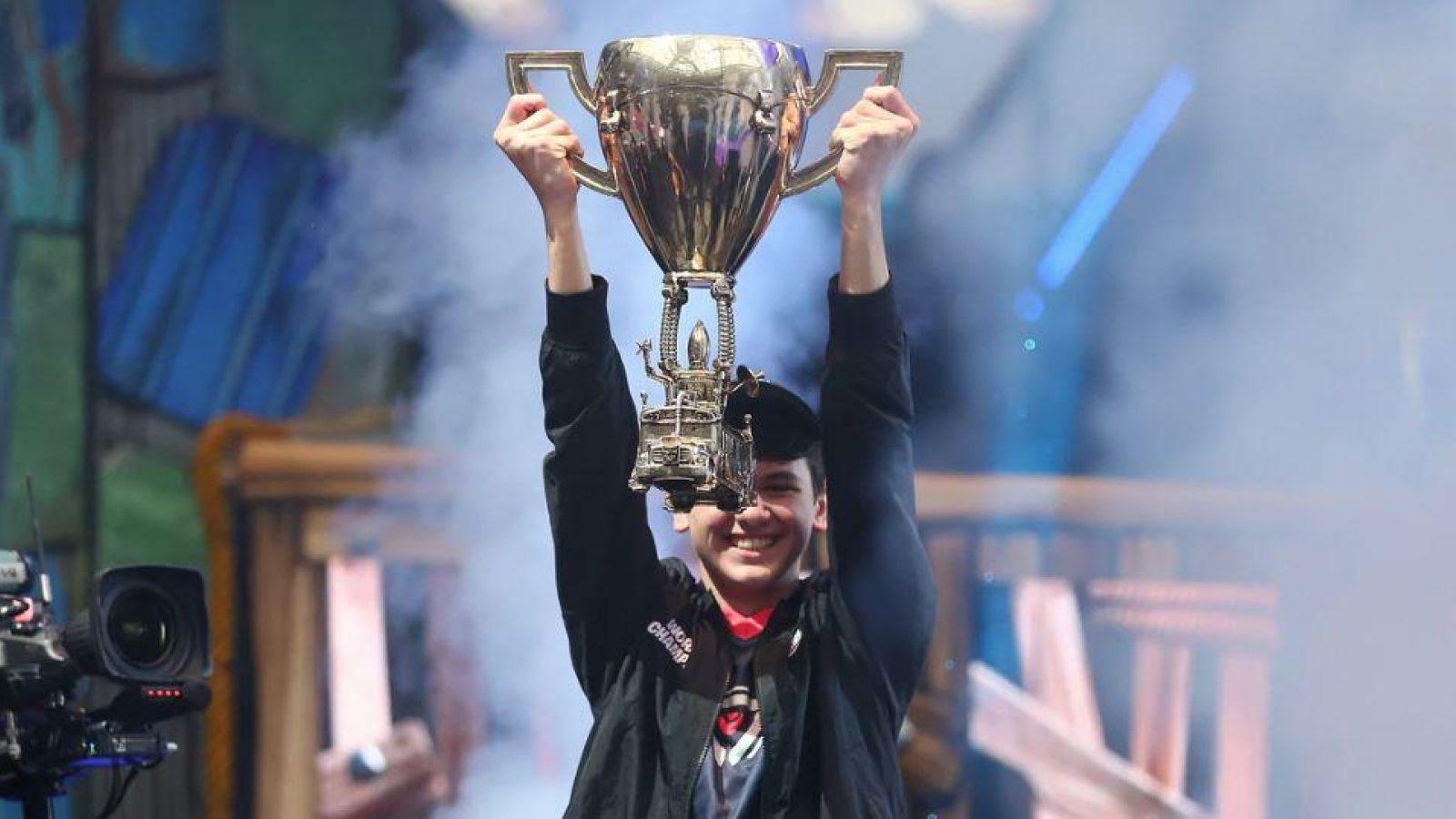 After showing off the American’s massive trophy, Fallon asked Bugha to explain how much work went into his triumph, saying “People think ‘You just play video games and you won,’ and you put a lot of work into this.”

Bugha agreed, explaining that he goes through “long practices every day,” and has to start every session by warming up his hands for 30 minutes using Fortnite Creative to get himself ready to compete.

Fallon then asked what time the 16-year-old wakes up at, with the pro player having to clarify if the host meant on the weekends, or on school days when he’s got to get up to go to class.

“I wake up at 12 on the weekends,” Bugha revealed. “I warm up, and then I get into a call with my friends, go over strategies. It’s like my job.”

You can watch the full video of Bugha’s appearance on The Tonight Show below.

The World Cup champion also shared the heart-warming meaning behind his gamer tag, explaining that his grandfather used to make the noise when he was a child to entertain him, and revealed his humble beginnings in competitive Fortnite, stating that he used to make $100 from winning tournaments.

Bugha’s media tour is set to continue, with the 16-year-old scheduled to make an appearance on The Today Show on Tuesday, July 30.