Popular Twitch streamer Brooke ‘BrookeAB’ has revealed she is taking a break from the platform, after receiving multiple threats to herself and family members.

The 21-year-old exploded in popularity earlier in 2019 after gaming with the likes of Turner ‘Tfue’ Tenney and his then girlfriend Corinna Kopf.

She is known for her interactions with fellow Twitch star Mason ‘Symfuhny’ Lanier and her rapid growth has allowed her to pursue streaming as a full-time job. 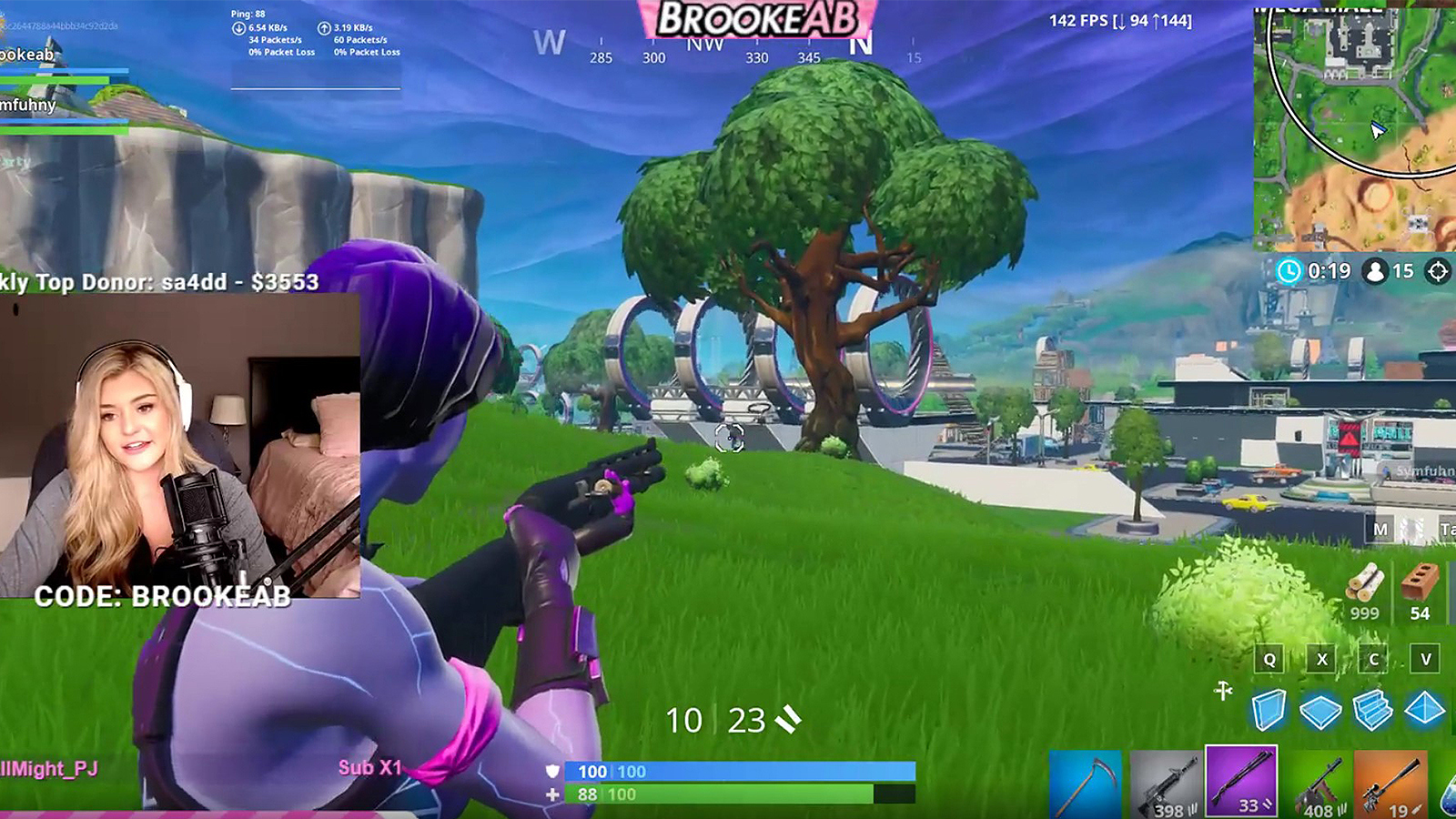 Brooke and Symfuhny regularly team up on Fortnite.
[ad name=”article2″]

Despite her recent success, Brooke revealed on Twitter that she would be taking a break from streaming until after the Fortnite
World Cup, after she received multiple threats to herself and her family, including threats to dox her.

She stated that someone had gained access to various pieces of private information such as her full name, phone number and address leading to serious issues which has forced the break.

Despite her popularity, Brooke says she has “not been forthcoming” with many private details of her life, for the sake of her own safety.

I am so grateful for those who support me and show me kindness everyday! It really helps me get through the hard stuff. Unfortunately…. pic.twitter.com/mi7MHo80P9

“I’m dealing with some very serious issues right now, I will not be streaming until after New York until I can get things sorted,” she said. “I’ve always tried to maintain a positive atmosphere in my stream and have never intentionally tried to hurt anybody so I’m not sure what I did to make this group of people angry with me.

“All threats are being taken seriously and the authorities will be contacted.”

After news of Brooke’s upcoming absence reached her community, she received hundreds of messages of support, including one from Symfuhny, who stated that this was “100% not deserved” and that Brooke was “the best”.

Sorry you have to go through this…
You're so nice and kind to everyone 100% not deserved
You're the best :heart:

As well as his message of support, his viewers were quick to rush into Brooke’s Twitch channel, despite her being offline, to share more words of encouragement.

The Fortnite World Cup takes place in New York on July 26-28 with Brooke confirming earlier in the month that she would be attending the event alongside Symfuhny, despite the NRG pro not qualifying for the tournament.