Popular Twitch streamer BrookeAB was served some instant karma, after she tried to sabotage her Fortnite duo partner Mason ‘Symfuhny’ Lanier while streaming on August 16.

BrookeAB has experienced something of a whirlwind 2019 since playing with Symfuhny, Turner ‘Tfue’ Tenney, and his ex-girlfriend Corrina Kopf. She quickly became the fastest growing female Twitch streamer, and currently sits at just shy of 500,000 followers.

Brooke often plays alongside her longtime duo Symfuhny, and viewers tune in in their tens of thousands to see the pair tear it up – or roast each other endlessly. 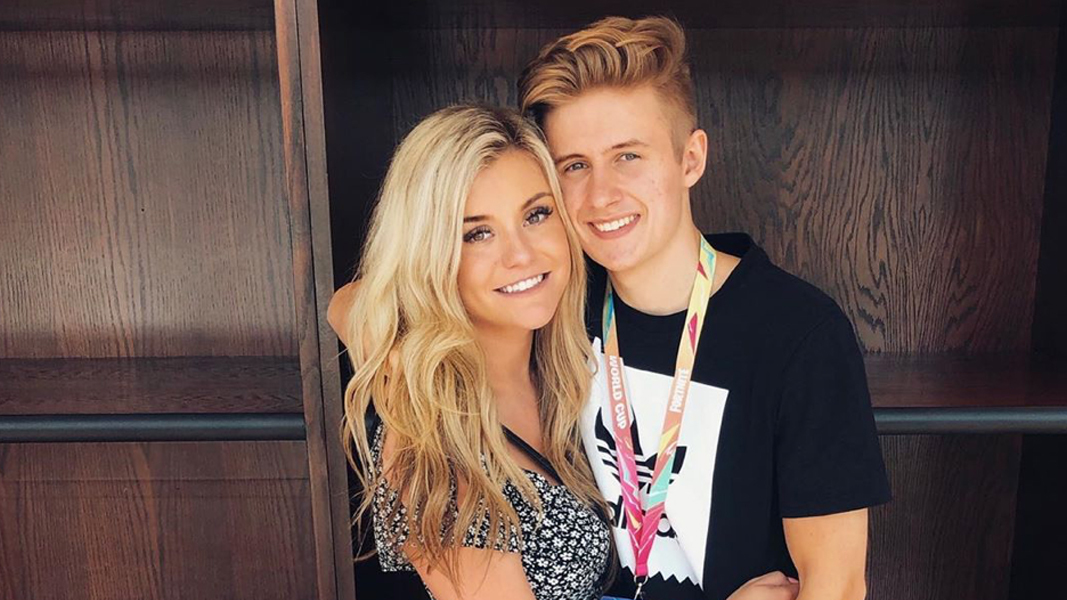 The have frequently collaborated since Brooke started streaming.
[ad name=”article2″]

In a hilarious clip from August 16, the 21 year old received instant karma on Fortnite after trying to distract her duo partner, the aforementioned Symfuhny.

She can be seen trying to grief her partner as he faces off enemies on top of a hill. She fires grenades and revolver shots at Lanier, who can be heard saying that he’s “beaming him!”

After giving up on trying to annoy Symfuhny, she closes herself back in her one by one, before accidentally firing a grenade. She then messes up her edit attempt, and is knocked by her own grenade, just seconds after trying to sabotage her teammate.

She can be seen panicking and then in hysterics as her watching audience spam ‘Karma’ in Twitch chat, before trying to give the excuse that she was trying to gain more HP by deliberately knocking herself.

Symfuhny jokes that she’s “honestly a genius”, as he picks her up, perhaps unaware of her efforts to sabotage his earlier offensive play.

Brooke has Symfuhny to partially thank for her success in streaming, but has undoubtedly done well to maintain and grow her audience to an incredible level.

Some fans have taken things too far, mocking up heavily sexualized clickbait YouTube thumbnails of the duo, prompting Brooke to lash out on social media.

Regardless, the two make an incredibly watchable pair, and continue to bolster each other’s popularity by playing together.