Popular Twitch streamer Jaryd ‘Summit1g’ Lazar has been left bemused after being plagued with a number of invisible car issues within GTA RP.

Ever since rocketing back up the Twitch viewership charts in early 2019, GTA RP – a PC mod for GTA Online – has had streamers flocking to the game for a taste of the entertaining roleplay action.

One such streamer is Summit1g, whose continued appearances in GTA RP’s popular NoPixel server has allowed his Charles Johnsons character to become one of the most popular residents. Yet, the multiplayer mod is not without issue – as Summit has run into the full force of invisible ghost vehicles that continue to run him off the road. 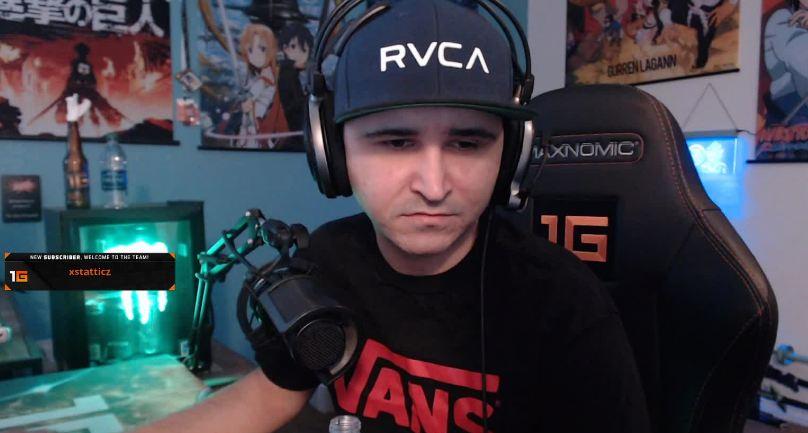 Summit has been using his Charles Johnson persona in GTA RP for sometime now.

During his September 2 stream, the former Counter-Strike: Global Offensive streamer had been cruising around the city by himself when he took his vehicles to high speeds.

As he attempted to drift around one corner, the streamer was immediately flipped into the sky and left questioning why he had just totaled his car. “Yeah, I don’t know, I’m not really sure what happened there,” summit told his chat as he attempted to fix his car.

It wasn’t the only issue the streamer ran into, however, as he and an in-game partner were t-boned by a ghost vehicle as they were testing out one of summit’s sports cars. The noise of the crash was clear to hear, but the culprit was nowhere to be seen.

“Oh what hit us?” asked the streamer as his vehicle was left sandwiched between a garbage can and a tree. “What the fuck, we just got t-boned by a ghost. I don’t fucking know man, that was weird,” he added with a bemused look upon his face.

Yet, whatever was prompting the ghost cars to hunt him down, almost ended the streamer’s life as he pulled out of a car meet with other players.

As summit drove towards another players car, a flatbed truck was hysterically tossed in his path – forcing him to slam on the breaks and avoid certain death. Yet, after asking if anyone else saw what he did, the streamer was left with little reaction – as no one else witnessed the flying vehicle.

Whether or not the issue is on the server’s side or summit’s remains to be seen, but he’s not the only streamer who has run into car problems. Fellow streamer Michael ‘shroud‘ Grzesiek had a car test drive interrupted, sending him through the windscreen.

Summit himself was also left lying on the dashboard thanks to a similar problem when he was caught in the middle of a police chase. Of course, the police were able to slap some cuffs on him, leaving summit cursing the issue.