Controversial internet personality, cosplayer, and Instagram star Belle Delphine is known for her lewd content and provocative photos – and now, she’s taking her fame to the next level, by selling an unusual item to her thirsty fanbase.

The “ahegao” starlet has unveiled yet another hilarious (and unusual) product for her fans in wake of the prank – and this time, it’s the real deal.

Delphine released an Instagram post on July 1 that revealed her latest and greatest innovation, something far more unconventional: her very own bath water.

i am now selling my BATH WATER for all you THIRSTY gamer boys :sweat_drops: check out my new shop where im selling stuff for you!! www.belledelphinestore.com

Yep, you read that right – Delphine is actually selling her own bath water to fans, available on her store for a whopping $30.00 price tag.

Delphine’s “Gamer Girl Bath Water” comes in a small jar, which is topped with a lid emblazoned with an Xbox controller, reading, “Love, from Belle Delphine.” 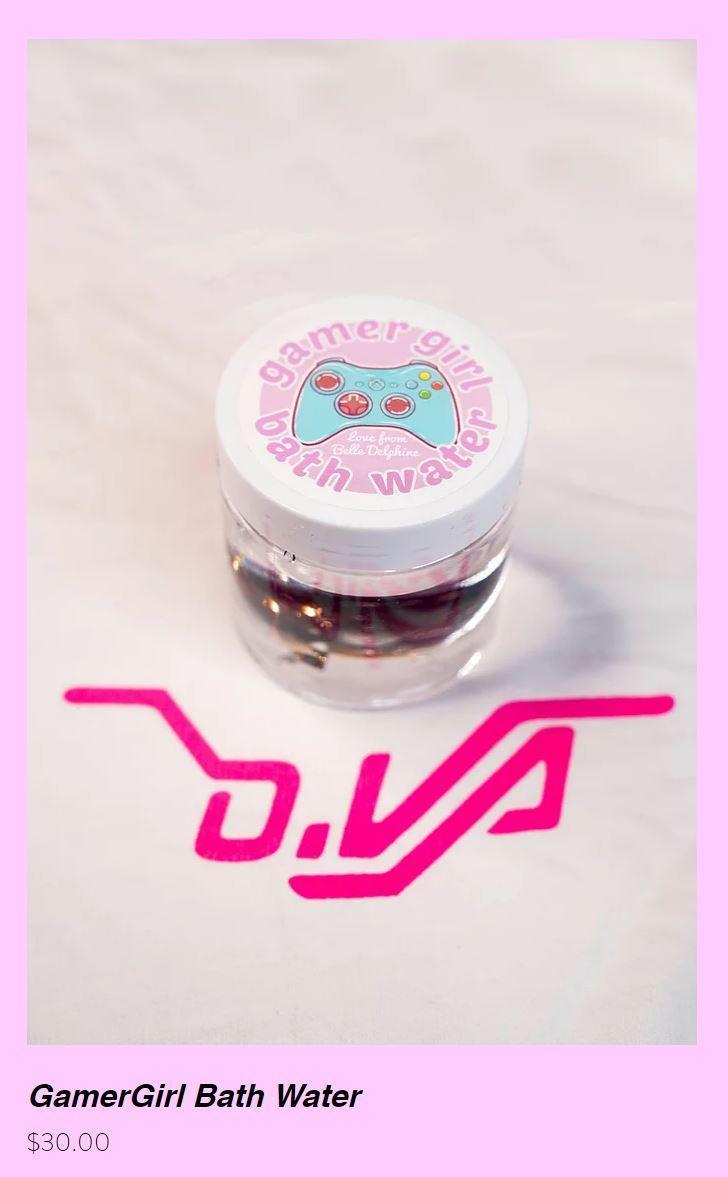 Yep, you read that right: you can actually buy Belle Delphine’s very own bath water. For $30, of course.https://www.belledelphinestore.com/product-page/gamergirl-bath-water

Despite the obvious upcoming misuse of the product, Delphine encouraged buyers NOT to drink the water, claiming that it should only be used for “sentimental” purposes… whatever that means.

Delphine even appeared to clown her fans over the product, writing in an Instagram comment, “This is what generation you guys live in. Where girls sell their own bath water. Just let that sink in.”

Other commenters expressed similar, hilarious sentiments, with some jokingly asking for the price of her urine and menstrual blood. 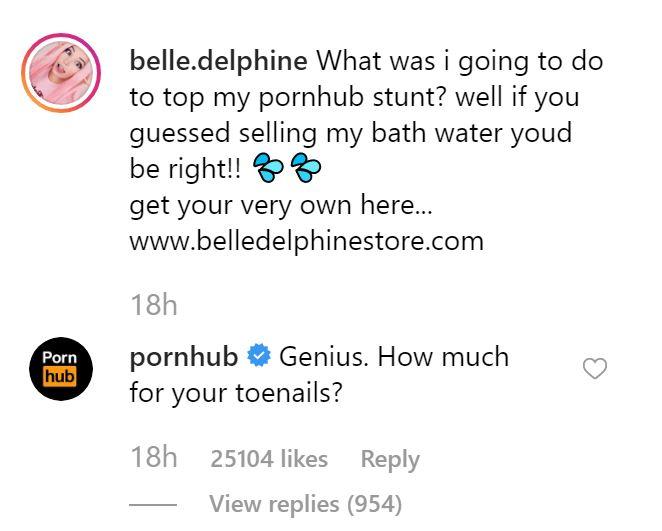 Of course, it’s highly likely that Delphine’s bath water contains more than just water: an Instagram advertisement for the product shows her purposefully drooling into a canister of the stuff, dipping her derriere into the tub, and other such lewd acts.

The 19-year-old internet star made waves across the net thanks to her controversial content and “ahegao” faces – and now, she’s making even bigger moves – and dunking on her thirsty fans, at the same time.