Hype is growing for the upcoming Detective Pikachu movie, and one fan has already showed how excited they are with an incredible cosplay that mixes Pikachu with one of Marvel’s most popular characters, Deadpool.

Pokémon will be back on the silver screen in May, as everyone’s favorite yellow-furred hero ditches Pokéballs and gym battles for solving crime, as Detective Pikachu hits theatres.

Now, a creative fan has designed an amazing cosplay outfit that imagines what it would be like if Deadpool let Pikachu borrow his iconic red suit.

Pikachu attempts to solve the mysterious disappearance of Tim’s father in the upcoming movie.
[ad name=”article2″]

Spotted by Comicbook, Instagram user ideotics has designed an amazing mix of Deadpool and Pikachu, creating a suit that features the creature wearing the recognizable mask of the Marvel Comics anti-hero.

The suit is based on the one worn by Ryan Reynolds in both of the Deadpool movies, with black accents and even gun holsters set against the maroon material. Deadpool’s mask has also been specially adjusted to account for Pikachu’s features, with both ears clearly visible on top of its head.

Deadpool’s mask has also been specially adjusted to account for Pikachu’s features, with both ears clearly visible on top of its head. 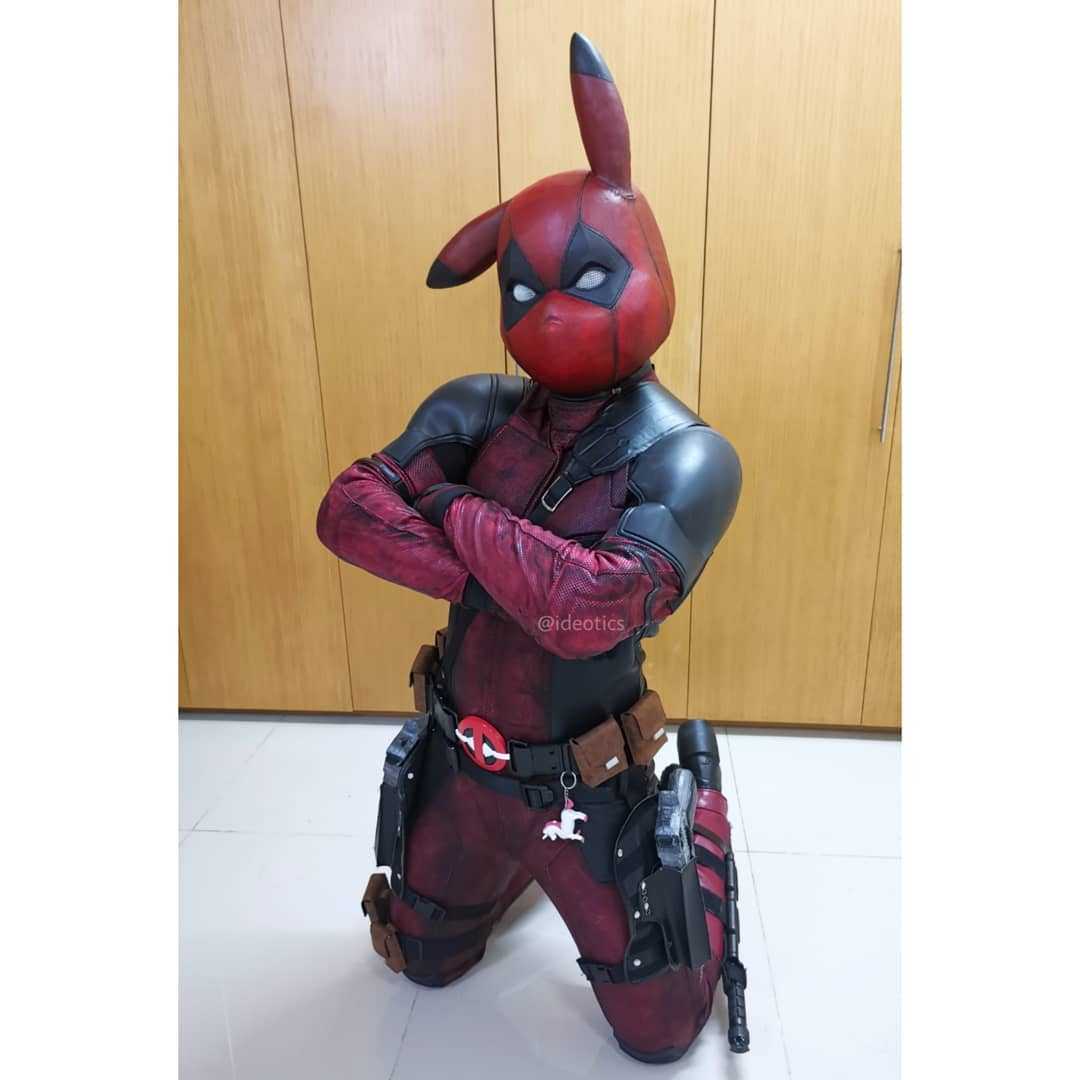 The combination of Deadpool and Pikachu may seem slightly strange, but the two characters are linked by the actor who plays them – Ryan Reynolds.

That’s where the similarities end though, as Pikachu is a favorite among children and fans of the classic games, while Deadpool is a superhero aimed at an adult audience, regularly using swear words and crude language as he battles against his foes.

It’s likely we will see even more awesome Pokémon cosplays as we draw closer to the release of Detective Pikachu, which opens in theaters on May 10.

Detective Pikachu sees the Pokémon team up with Tim Goodman, played by Justice Smith, as the unlikely crime-fighting duo attempt to solve the strange disappearance of Tim’s father, encountering a number of legendary Pokemon along the way.