As one of Twitch’s more popular streamers, Kaitlyn ‘Amouranth’ Siragusa faces tons of trolls or stalkers on a daily basis. But they might consider backing off after the streamer revealed a new way of dealing with the “weirdos.”

At times, there are some viewers on Twitch that can take fandom or trying to be funny a bit too far, leading some streamers feeling uncomfortable during their broadcasts.

As a seasoned variety and IRL streamer, Amouranth has seen people from all points on the spectrum so she had a hilarious message for those “psychos” in case they get out of hand. 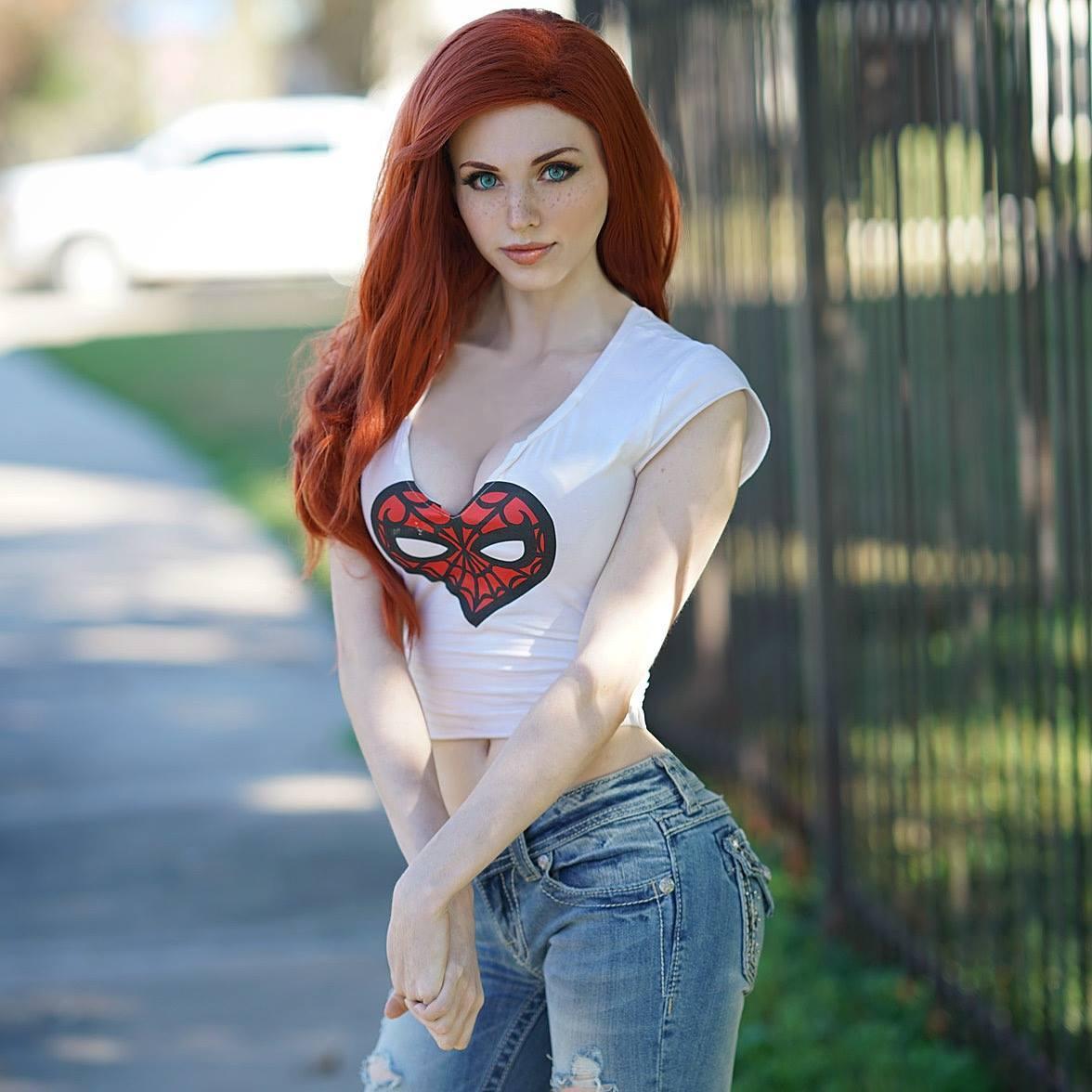 The streamer’s cosplays are a hit with fans, but it seems there are those that can get a bit too affectionate.

During her April 22 broadcast, Amouranth said she went to go see her parents for Easter who had asked about her stream. After she enlightened them of the occasional weirdo, her dad revealed some encouraging support.

“‘There’s weirdos messaging you?’” Amouranth recalled her dad saying. “‘Tell them your dad has seven guns ready to go.’”

Amouranth’s grandfather had recently passed away, meaning all of his guns were given to Amouranth’s dad which surprised the streamer who only responded with “neat.”

The streamer went on to look at her stream directly while suggesting that the “message from [her] father” was the signal to settle down from now on.

There is no question Amouranth rakes in a ton of audience viewerships, since her streams typically hovers at thousands of people watching at any given point.

But her popularity has been closely followed by critics who take issue about everything from the content of her stream to the clothes that she wears and even the way she eats.

The streamer hasn’t let any of the incidents keep her from staying on the course, but it isn’t surprising for a weirdo to say something rude or degrade to her from time to time.

Though some rotten viewers might have to watch out now that the streamer is getting back up from her ever protective father.